Home / WORLD / Hunter Biden used N-word in messages with his lawyer, even SEXTED him by accident – media

Hunter Biden used N-word in messages with his lawyer, even SEXTED him by accident – media 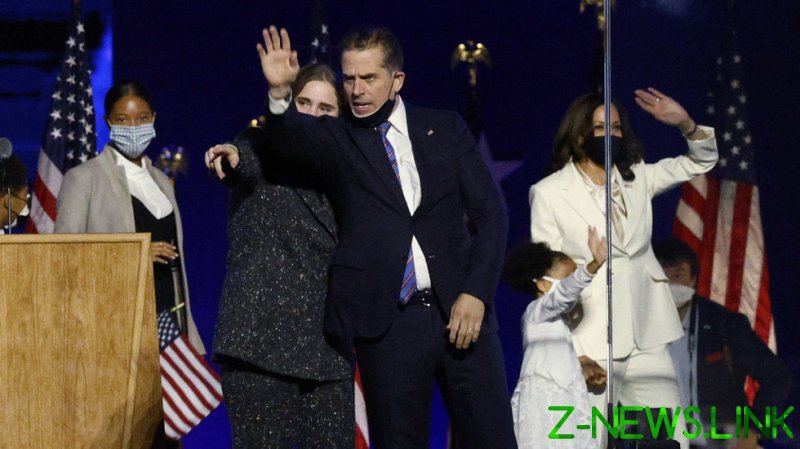 “How much money do I owe you. [Because] n***a you better not be charging me Hennessy rates,” Biden texted Mesires on December 13, 2018, explaining that he “just made up that phrase.” A bill from October that year showed that Mesires charged $845 an hour, the UK tabloid reported.

After a few more lines of banter, apparently insulting Mesires’ “lineage,” Biden adds “That’s what im saying ni…” – seemingly cutting off the racial slur mid-word, before following it up with a photo.

While the Daily Mail has not been able to obtain the picture, it is clear that it was sexually explicit. “Why are you so tan?” Mesires replies, to which Biden responds, “I’m sorry for sexting you accidentally that was meant for another friend named Georgia.”

In another exchange from January 2019, Mesires tells Biden that he and God are his proxies for “unconditional love.” Hunter Biden’s response is to talk about his penis and say “And I only love you because you’re black.”

Mesires, who is not black, responds with “It’s so annoying when you interject with frivolity.”

Three months later, his father Joe announced he was running for the Democratic presidential nomination. Any criticism of Hunter – from his involvement with the Ukrainian gas company Burisma or business deals with China to the laptop discovered at a Delaware repair shop and turned over to the FBI and later the media – was dismissed by the Biden campaign as lies and even “Russian disinformation.” The New York Post story about the laptop even got the newspaper censored on social media prior to the election.

Once Biden was in the White House, however, Hunter admitted the laptop “could be” his, but also said it could have been “stolen” or “hacked” by “Russian intelligence.”

The Daily Mail said in April that it had confirmed the contents of the laptop hard drive as authentic, including the photos of Hunter’s drug use, cavorting with prostitutes and pornography. A copy of the hard drive in the possession of Rudy Giuliani, the lawyer for former President Donald Trump, was reportedly the only thing not seized by the FBI during a raid on his New York apartment at the end of April.

In October 2019 – months after the exchanges – Mesires authored a statement on behalf of Biden arguing that his business dealings in China and Ukraine were legitimate. According to Mesires, it was former Polish President Aleksander Kwasniewski, a “leading advocate of democratic principles in the region,” who recommended Hunter for the board of Burisma in April 2014. This was just two months after the Western-backed coup in Ukraine and Crimea’s decision to join Russia – and while Joe Biden was Barack Obama’s vice president.

Hunter Biden resigned from Burisma in April 2019, when his father announced his bid for the presidency.

While the Daily Mail speculated that Biden’s use of the racial slur might be embarrassing to his father’s administration – which has subordinated everything to the cause of racial “equity” – none of the previous revelations from the laptop have had any effect. Though multiple media figures have been “canceled” for using slurs in the past – in some cases, back in high school – it remains likely that the president’s son will literally be given a pass.