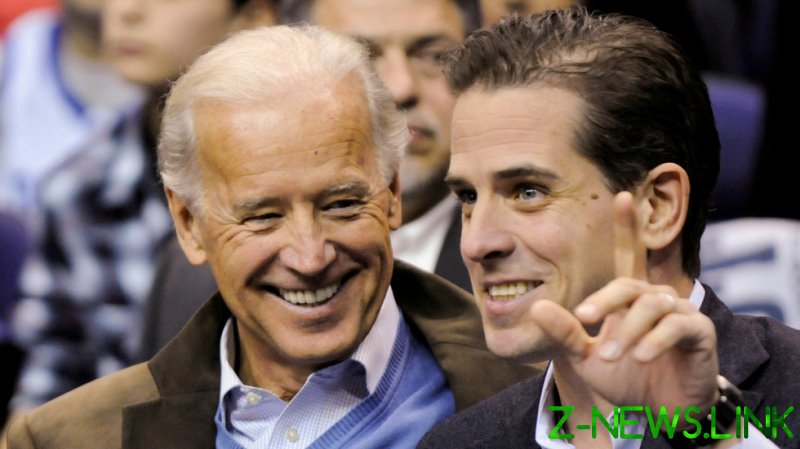 First son, recovering addict, and aspiring artist Hunter Biden can’t seem to keep his private data in his own hands. A laptop abandoned in a Delaware repair shop in 2019 and obtained by the New York Post weeks before the 2020 election revealed evidence of the Biden family’s involvement in numerous alleged foreign corruption schemes, and another computer belonging to the president’s son was reportedly seized by federal agents last February during a search on a psychiatrist’s office in Massachusetts.

Now, there’s apparently a third laptop out in the open. Video footage found on the latest surfaced laptop by the Daily Mail and published on Wednesday purportedly shows a post-coital Hunter telling a prostitute that “three guys,” including his drug dealer, made off with a laptop while Hunter lay face-down in a hotel pool in Las Vegas during a bender in 2018.

Hunter told the prostitute that when he finally came to, he was alone in the hotel room with a Russian woman, minus his laptop. He also inferred in the video that the drug dealer was Russian, and that the laptop would be used as blackmail against him, as his father was about to launch his presidential campaign.

Whatever videos the laptop contained were never released, although Hunter’s claims that they contained “crazy f**king sex” are believable, considering the Delaware laptop was rammed full of sexually explicit images and videos, including one in which Hunter smoked crack and had sex with an unidentified prostitute, and posed while pulling the hair of the same prostitute from the latest video.

The New York Post and conservative media outlets, however, were more concerned with the alleged corruption detailed on the laptop, including an apparent cash-for-access scheme in Ukraine and several business ventures in China, one of which promised to pay tens of millions of dollars for “introductions alone.” 10 percent of one proposed venture was to be kicked up to “the big guy,” an apparent reference to Joe Biden.

For its reporting, the Post was temporarily banned from Twitter, and sharing of the story was banned on both Twitter and Facebook. Conservatives and supporters of Donald Trump saw the censorship as an example of the tech firms showing their pro-Biden bias in the runup to the election.