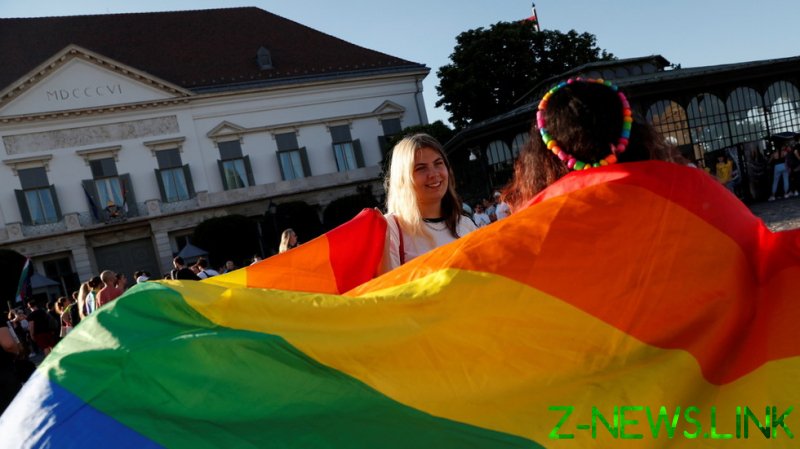 The condemnation of the European Union’s activity comes after the Commission launched legal action against Hungary, claiming that a newly introduced law prohibiting the promotion of homosexuality discriminates against LGBT individuals.

Orban blasted the European Commission’s stance as “shameful,” declaring that the infringement action being taken against his government is “legalized hooliganism.” Defending his administration’s actions, the Hungarian leader reaffirmed that LGBT activists would be banned from being allowed to “march up and down” or to promote sexual propaganda in schools.

If the EU’s legal action is successful, funding allotted for Hungary’s post-Covid recovery under the bloc’s budget could be in jeopardy. Earlier in July, MEPs on the EU parliament’s budgetary control committee called for payments to Hungary to be halted over “grave breaches of the rule of law,” citing concerns about anti-LGBT discrimination.

Laying out the EU’s concerns about the new legislation in Hungary, the President of the European Commission, Ursula von der Leyen, called Hungary’s actions a “disgrace” that “impinges on our values and our identity.”

The EU has previously used its power to pursue infringement action against Poland over its establishment of “LGBT-free” zones by local authorities within the country. More than 100 locations throughout Poland have stated that they are “LGBT-free” in what the European bloc declared a “violation of EU treaties.”

The infringement procedure allows the Commission to take action over possible breaches of EU law. The bloc will initially send a formal notice of proceedings to the country in question, with this escalating to a court ruling and potential financial penalties if the nation fails to address the alleged violations.