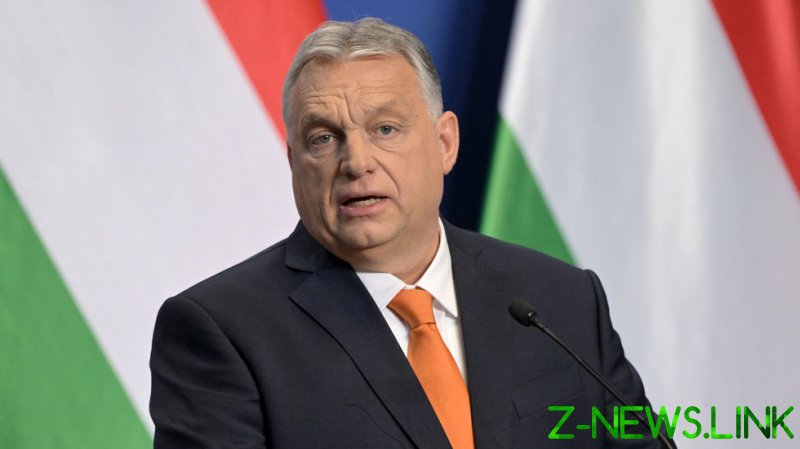 Hungarian Prime Minister Viktor Orban has criticized a plan to phase out Russian oil imports proposed by the European Commission, saying that such an embargo would be tantamount to “dropping a nuclear bomb” on his country’s economy.

Speaking to Hungary’s public broadcaster Kossuth Radio on Friday, Orban claimed that EU member states had agreed earlier that any bloc-wide measures concerning energy should take into account each nation’s individual situation. The Hungarian premier also warned that the latest proposal on Russian oil by the European Commission “either willingly or unwillingly, attacked this hard-fought European unity.”

Orban pointed out that countries with sea ports were in a far more advantageous position, as they could switch to fossil fuels delivered by ship with relative ease, while landlocked nations like Hungary were wholly dependent on pipelines. The official added that the “pipeline leading to Hungary starts in Russia,” noting that Budapest would not accept any EU plan ignoring these facts.

The Hungarian prime minister compared the European Commission’s latest proposal to phase out Russian oil exports across the bloc to “dropping a nuclear bomb on the Hungarian economy.” He warned that, should the plan be implemented, petrol prices in the country could rise to 700 forints ($1.90) per liter, while diesel could cost up to 800 forints ($2.22) per liter, which would be a heavy burden on the entire Hungarian population. Moreover, Brussels’ proposal could result in the Central European nation completely running out of fuel and other oil products in the long run, Orban argued. 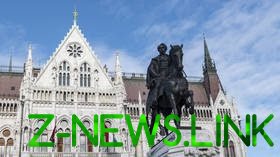 According to the politician, it would cost thousands of billions of forints and take up to five years for Hungary to switch from Russian oil to alternatives. Orban also noted that while the EU had allocated funds to that end on paper, Budapest was yet to see that money, meaning that Hungary could not even start the process.

Orban emphasized that his government was willing to discuss an alternative proposal as long as it respected the country’s national interests. The current plan “creates a problem for Hungary and makes no attempt to solve it,” the prime minister lamented. He told journalists that he had sent the proposal back to European Commission President Ursula von der Leyen to be reworked, and was now awaiting a new one.

Referring to the previous five rounds of EU sanctions on Russia, which Hungary approved, Orban admitted that while he did not see sanctions as the right instrument to solve the Ukraine crisis, Budapest reserves its power of veto for situations which directly affect Hungary’s national interests. He described an embargo on Russian energy imports as such a red line for his country.

Orban also outlined Hungary’s position on the armed conflict in Ukraine, calling on all parties involved to agree a ceasefire and resume peace talks as soon as possible. He reiterated that Hungary was determined to stay out of the conflict, and thus would not provide weapons to either side, unlike many other European nations. According to Orban, supplying weapons to Ukraine would bring “trouble on the head of those involved, especially if they are neighbors of the country at war.”

At the same time, both the Hungarian government and society as a whole are providing large-scale humanitarian aid to thousands of Ukrainian refugees arriving in the country.

On Wednesday, Ursula von der Leyen unveiled the sixth batch of sanctions targeting the Kremlin over its offensive against Ukraine. Among the measures proposed were sanctions against Russia’s top bank, a ban on Russian broadcasters from European airwaves, and an embargo on Russian crude oil imports within six months. However, the latter point faced stiff opposition from the likes of Hungary and Slovakia, which fear that the ban would severely undermine their economies as they are heavily reliant on Russian energy.

Russia attacked its neighboring state in late February, following Ukraine’s failure to implement the terms of the Minsk agreements, first signed in 2014, and Moscow’s eventual recognition of the Donbass republics of Donetsk and Lugansk. The German- and French-brokered protocols were designed to give the breakaway regions special status within the Ukrainian state. The Kremlin has since demanded that Ukraine officially declare itself a neutral country that will never join the US-led NATO military bloc. Kiev insists the Russian offensive was completely unprovoked and has denied claims it was planning to retake the two republics by force.