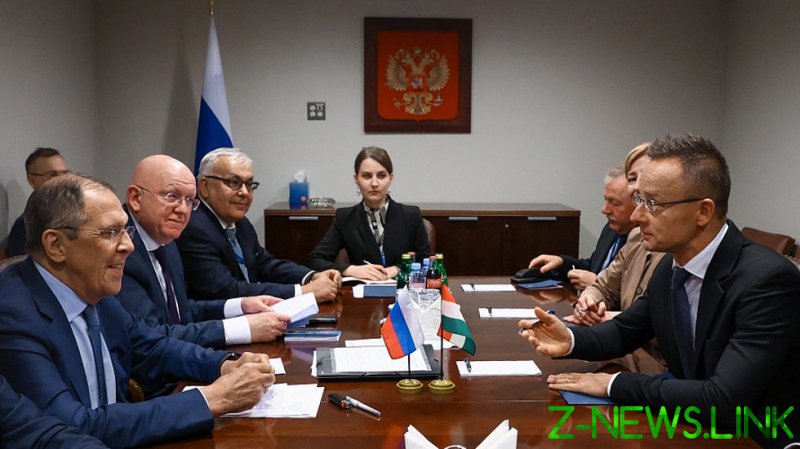 Hungary is against imposing new sanctions on Moscow, especially in the energy sector, Foreign Minister Peter Szijjarto said on Friday after meeting his Russian counterpart Sergey Lavrov. According to the minister, energy sanctions are “a clear red line” for Hungary as Europe is grappling with soaring gas prices.

“Our position is very clear. We see no reasonable reasons to discuss a new package of sanctions, especially when it comes to energy,” Szijjarto said on Friday, RIA Novosti reports. The pair met on the sidelines of the UN General Assembly in New York.

According to a Hungarian outlet Index, he added that “this is a clear red line for us. We do not want the Hungarian people to pay a price for a war they have nothing to do with,” referring to the ongoing hostilities between Russia and Ukraine.

Meanwhile, Szijjarto signaled that Hungary doesn’t plan to shun any debate on the new sanctions package, but it “wouldn’t consent to anything that is contrary to our national interests.” 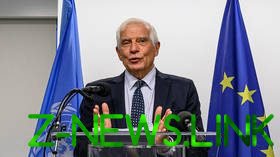 The minister also addressed the criticism he may face for holding talks with Lavrov, highlighting the fact that peace “will not come without dialogue.” If there are no negotiations, “the world will face even more serious consequences”, he said.

Szijjarto warned that the European economy is heading into recession. In recent months, Europe has been plagued by an energy crisis, which was largely caused by skyrocketing natural gas prices due to sanctions the EU has imposed on Russia.

Hungary is heavily dependent on Moscow for energy and gets around 80% of its gas from Russian energy giant Gazprom and while Russia has cut off a number of countries from gas supplies, in late August, Hungary signed a deal with Moscow for additional deliveries on top of the already agreed volumes.

On Wednesday, following Moscow’s bid to support referendums in the two Donbass republics and Russian-controlled Zaporozhye and Kherson Regions on joining Russia, EU foreign policy chief Josep Borrell said that the bloc had made a “political” decision to slap new sanctions on Moscow. The exact nature of the restrictions, however, is so far unclear.