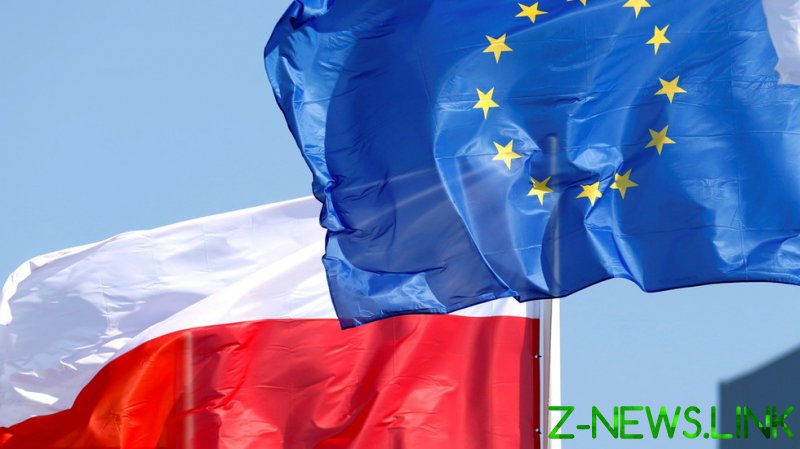 “By this scandalous and arrogant move, the Commission has crossed a line that we previously thought it would never do,” Varga wrote on her Facebook page, adding that Budapest would examine how it could be involved in proceedings at the European Court of Justice.

She said the Hungarian government had decided at a meeting on Wednesday to stand up for their Visegrád Group allies and “condemn the indecent attacks of Brussels”, adorning her message with the Hungarian and Polish flags, linked by the peace emoji.

In no Member State can the national administration of justice fall victim to the empire-building in Brussels!

On Tuesday, the European Commission asked its top court to fine Poland over a judges’ disciplinary chamber Brussels claims is being used to pressure Polish judges and exert political authority over the courts.

“The Commission is asking the Court to impose a daily penalty payment on Poland for as long as the measures imposed by the court’s order are not fully implemented,” it said in a statement.

Warsaw said three weeks ago that it would remove the chamber in the coming months. The EU and Poland have long been at odds over issues relating to the rule of law, with the former threatening to cut access to European funds should Warsaw venture too far from acceptable standards.

Poland has insisted that national law should not be subordinate to European law. The East European nation has also been at odds with the EU over LGBTQ rights and, among other things, logging in a UNESCO World Heritage site.

The disciplinary chamber is one of several judicial reforms brought in by the Law and Justice Party since coming to power in 2015.

Hungary has also fallen foul of the European Commission, which has warned Budapest it could lose access to EU funds if it fails to uphold the rule of law and blasted Viktor Orban’s government over its banning of the dissemination of pro-LGBTQ material to minors.