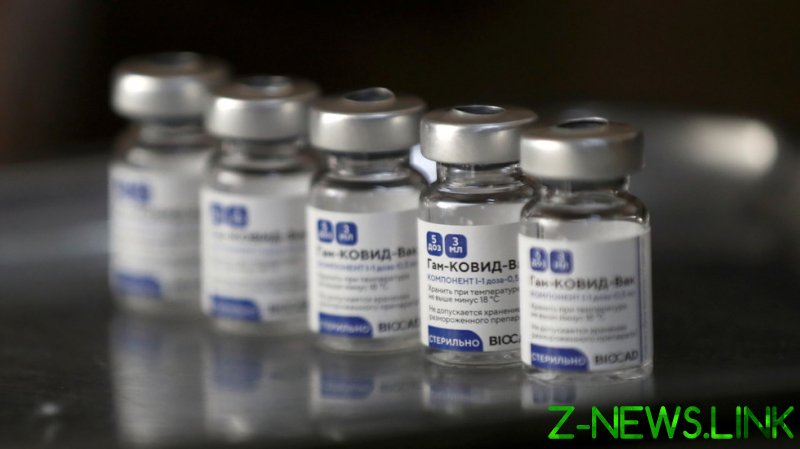 Developed by Moscow’s Gamaleya Institute, Sputnik V was not originally among those listed for procurement in Brussels, and is still under consideration by the bloc’s central regulator, the European Medicines Agency (EMA). While Hungary has already received doses as part of clinical trials, Gulyas, who has led much of the country’s coronavirus response, told journalists on Thursday that he hoped a “larger quantity” of the jab would soon be secured.

In a statement posted on Sputnik V’s website, Kirill Dmitriev, CEO of the Russian Direct Investment Fund, which funded the development of the jab, welcomed the decision, saying “Hungary is the first EU country to realize all the advantages of the Sputnik V vaccine and authorize its use. This decision is very important as it demonstrates that the vaccine’s safety and efficacy of over 90 percent are highly regarded by our partners in Hungary.”

The day before, in an interview with state TV channel, Mátyás Szentiványi, director general of Hungary’s National Institute of Pharmacy and Nutrition, confirmed that the body “has given authorization for use in Hungarian territory.” He added that the decision would apply for six months, and can then be extended. However, it required final sign-off from the country’s National Center for Public Health before being cleared for use.

Hungary had previously risked a potential confrontation with the EU over its interest in the vaccine, securing vials for research and analysis outside of the bloc’s collective plans. Eric Mamer, a representative of the European Commission, told journalists that there was “no question” that any vaccine made available in any member country would first have to be approved by its own centralized regulator. “We are not in negotiations with either Russian or Chinese companies,” Mamer said. “That is the European vaccine strategy. All member states have signed up to this process.” However, earlier this week, the EMA was reported to now be considering the formula and it is expected that Budapest will wait for authorization, potentially as early as January 29, before injections begin. Another jab, made by the UK’s AstraZeneca, has also been approved on a similar basis.

It had previously been reported by a number of government-funded Western media outlets that Hungary had decided against procuring the Russian-made vaccine. RFERL, the American state-run broadcaster, reported on comments from Prime Minister Viktor Orban’s Chief of Staff in December, saying that the country “won’t use Russia’s Sputnik V vaccine, despite bilateral co-operation.” However, in an interview with Budapest-based Kossuth Radio in January, Orban praised the formula and said he was “not happy with the pace” of the EU schemes to get access to vaccines against Covid-19.

Earlier this week, Moscow denied similar claims that the formula had been rejected by Brazil’s drugs watchdog. The Brazilian Health Regulatory Agency (Anvisa) announced on Saturday that it had returned a request for the emergency use of Sputnik V to the applicant, a third party company, saying that paperwork submitted by the firm did not meet the “minimum requirements for submission and analysis.” While some news outlets reported this as a snub for the vaccine, the Russian Direct Investment Fund said that the necessary additional paperwork “will be provided shortly.”

At the same time, the team behind Sputnik V announced that the UAE had also joined the list of countries that have approved the jab for emergency use. In a statement, the Ministry of Health and Prevention for the country in the Arabian  peninsula said that “the decision comes as part of the UAE’s comprehensive and integrated efforts to ensure increased prevention levels against the virus and to safeguard the health of the country’s citizens and residents.” It had previously hosted Phase-three trials of the jab and said “study results have demonstrated the effectiveness of the vaccine in triggering a strong antibody response against the virus.”

In an additional statement, Dmitriev said that “the UAE is one of Russia’s key partners in the Middle East… the decision to include Sputnik V in [the] national vaccine portfolio is an important step towards protecting the population with one of the best vaccines against coronavirus in the world.”