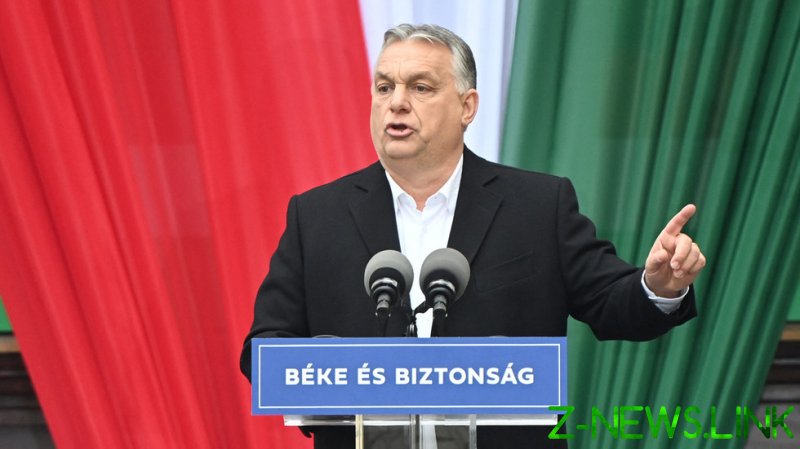 Hungarian Prime Minister Viktor Orban has challenged the harsh EU sanctions being placed on Russia, comparing the measures to a nuclear bomb that could backfire, sparking a food crisis and mass migration in Europe itself.

During a meeting with Serbian President Aleksandar Vucic at the International Agricultural Fair in Novi Sad on Saturday, Orban made it clear that Budapest did not agree with the decisions made in Brussels regarding anti-Russia sanctions. The premier said the punitive measures were likely to damage Hungary, leading to price hikes and undermining the economy.
The Hungarian prime minister went on to describe the “introduction of sanctions against Russia” as “equal to an atomic bomb,” as they could potentially lead to a situation where Hungary would not “be able to feed our people.” On top of that, he said recent developments could also result in a new migrant crisis.

The Hungarian leader warned of a “hard winter” ahead, because “we have galloping inflation, rising prices, famine is breaking out in many parts of the world, and we have a war in Ukraine.” 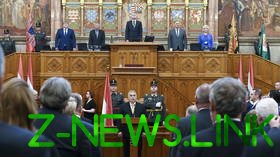 He also stressed the importance of the agricultural industry in preventing migration crises, predicting that farmers will be the “heroes” of 2022.

The Serbian president concurred with Orban’s view on the upcoming winter and the importance of domestic produce and food reserves, saying that “farmers will save lives in Serbia and elsewhere in difficult times.”

The two leaders vowed to lend a helping hand to one another, with President Vucic saying that “if Hungary lacks anything, Serbia will be there, if we lack something, the first call will be Budapest.”

While condemning Russia’s military offensive against Ukraine, Hungary, unlike many other European states, has stopped short of providing weapons to Kiev or letting shipments from third countries pass through its territory. Prime Minister Orban insists that he does not want to see Hungary dragged into the conflict.

At the same time, the central European nation has opened its doors to thousands of Ukrainian refugees fleeing the fighting.

With regard to anti-Russia sanctions, the Hungarian leadership has repeatedly warned the EU that an embargo on Russian oil and gas would be a red line for Budapest, as Hungary is heavily dependent on Russian energy imports.

Orban blocked the EU’s sixth package of sanctions against the Kremlin earlier this month as it would have obliged member states to stop buying Russian oil. Budapest insists that it simply cannot do this overnight without delivering a heavy blow to its own economy. On top of that, a transition to alternative sources of energy would be costly, with Orban urging Brussels to cover Hungary’s projected expenses, totaling hundreds of millions of dollars.

So far, both sides are working to thrash out a viable compromise.