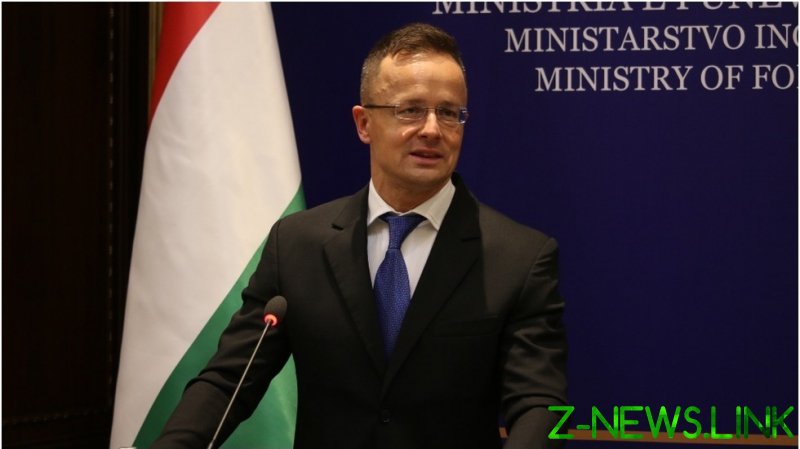 The EU should be truthful about the realities of the gas supply from Russia, rather than treating it as an ideological matter, Hungarian Foreign Minister Peter Szijjarto has said.

“It has been proven that the purchase of natural gas is not an ideological issue, but a physical issue that can’t be solved by talking,” Szijjarto told reporters on Friday following a trip to Moscow.

The EU has been urging member states to decrease their dependence on Russian gas in response to Moscow’s military operation in Ukraine, which was launched in late February.

Germany triggered the “alarm stage” of its emergency gas plan on Thursday, while the European Commission called on members to slash the use of gas by 15% from August to the end of March next year.

Budapest, however, has said it plans to buy an additional 700 million cubic meters of gas from Moscow to ensure that it has enough reserves to last the winter. Szijjarto said the necessary volumes can only be obtained from Russia.

“I’ll be frank: I’ve been hearing from leading politicians in Western Europe in recent months that they’ve gotten it all sorted out. They have found alternative sources, they have bought gas from elsewhere, they have gotten rid of their dependence on Russia. So why the alarm?” Szijjarto said. 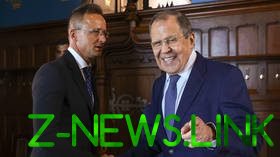 “After a while, the heating season will arrive and politicians would have to say if there is gas or not,” he said, adding that politicians should not “hide the truth” regarding energy supplies.

Russian state company Gazprom resumed gas deliveries to Germany through the Nord Stream 1 Baltic Sea pipeline on Thursday after a 10-day pause due to maintenance, which sparked fears in Europe that Moscow could shut down the gas supply completely.

Officials in Germany have warned that an immediate halt to deliveries from Moscow would severely hurt the economy.

Hungary has said the EU should focus on the interests of its own citizens rather than increasingly involving itself in the Russia-Ukraine conflict. Prime Minister Viktor Orban said this month that Brussels “shot itself in the lungs” by imposing sanctions on Moscow.
Pressure from Hungary and several other member states led to the EU exempting them from a ban on Russian oil, which was announced in March.