Home / policy / “Hung fresh carrot”. Analyst on the words of Putin about the “historic opportunity” housing 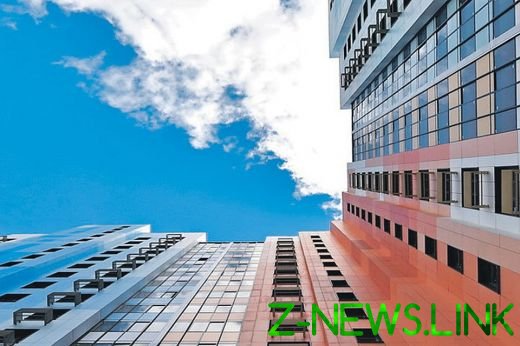 In his author’s channel in “Yandex.Zen” Mikhail Khorkov notes that “housing has always been one of the main topics in the political and social agenda. The promises in this field have become a tradition since the Soviet era. Even over the last 10-15 years these promises had accumulated enough”.

In addition, the President reiterated the historical chance to solve the housing problem: “we Have, you know what I mean, there is a historical chance in the foreseeable future, it is absolutely clear, maybe for the first time in the history of Russia to decide to radically solve the housing problem. You need not to miss the chance, it needs to work hard” — presented recently said Putin’s words.

“The previous historic chance, the country was in 2012”, — recalls Mikhail Khorkov and quotes the following statement by Vladimir Putin eight years ago: “I proceed from reality, watch as our economy develops, as industry developed, how is the construction sector, and assume that, as rising real incomes as we have developed banking sector. All of this together gives me reason to believe that we really are a historical chance for the first time, maybe for a hundred years to radically change the situation in housing, to solve this acute problem”.

“Well, when the country has a chance. It is bad when economic indicators turn into political slogans. Even worse, when these slogans not only develop the housing market, but also hurt him” — the analyst believes. In his opinion, “it’s time to shift priorities with the volume indicators for quality. Pandemic was a good historic opportunity to abandon meaningless goals.” Record plans for the construction of housing will put an end to the harmonious development of cities and separate territories and also exacerbate problems with social infrastructure and public transport will have a negative impact on the quality and variety of accommodation, the expert believes.

However, this time, from the figure of 120 million “squares” is not abandoned, but only postponed. “In the end, the President and the government just hung a fresh, juicy carrot before a donkey and ride it,” sums up Mikhail Khorkov.