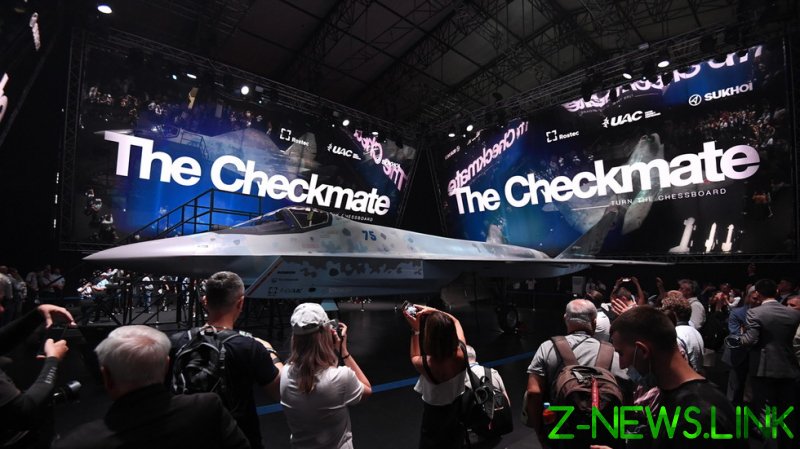 Unveiled at the MAKS 2021 outside Moscow on Tuesday, the stealth fighter, dubbed ‘Checkmate,’ has become a real point of attraction at the air show that runs until July 25.

Videos published by the Russian military-industrial conglomerate Rostec and local media on Friday showed a long line stretching for about half a kilometer that leads to the pavilion housing the fighter-jet prototype.

At some point, around 1,000 people were said to be patiently waiting on the Zhukovsky airfield in strong winds to get a sneak peek at the aircraft, advertised as superior to Lockheed Martin’s F-35 Lightning II joint strike fighter. The exhibition visitors also had to adhere to Covid-19 rules, as Moscow has been recovering from a recent spike in coronavirus cases seen in June and early July. 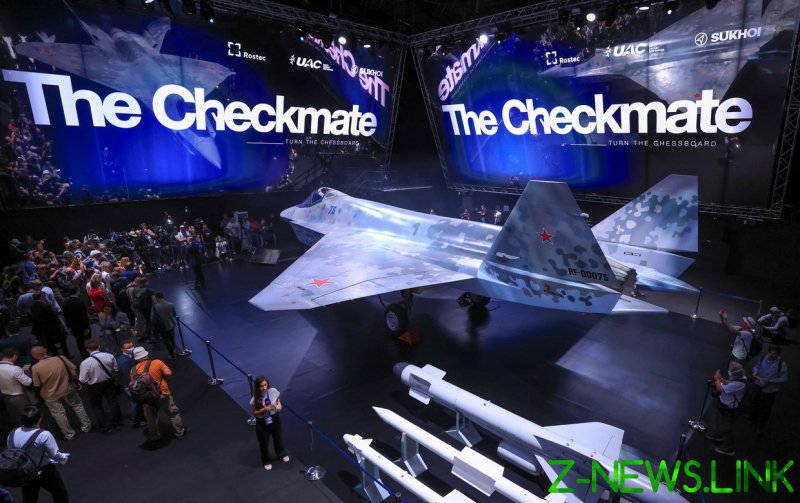 The fighter-jet developers – Rostec and Sukhoi aircraft manufacturer – had previously said that the world is about to see a “unique airplane.” Capable of flying at almost twice the speed of sound, the ‘Checkmate’ is expected to have a range of up to 2,800 kilometers (1,740 miles) and may be used in any weather conditions and any climate.

It will also have modular weapon bays that can be equipped with the full array of current anti-aircraft missiles, gun pods, bombs, and guided missiles. Its maximum payload capacity will be 7,400 kilograms (16,300 pounds).

Sukhoi and Rostec plan to stage the first test flight of the new jet no sooner than 2023. Its serial production is expected to start in 2026 and, according to the developers, the stealth fighter would be at least two times cheaper than the F-35.