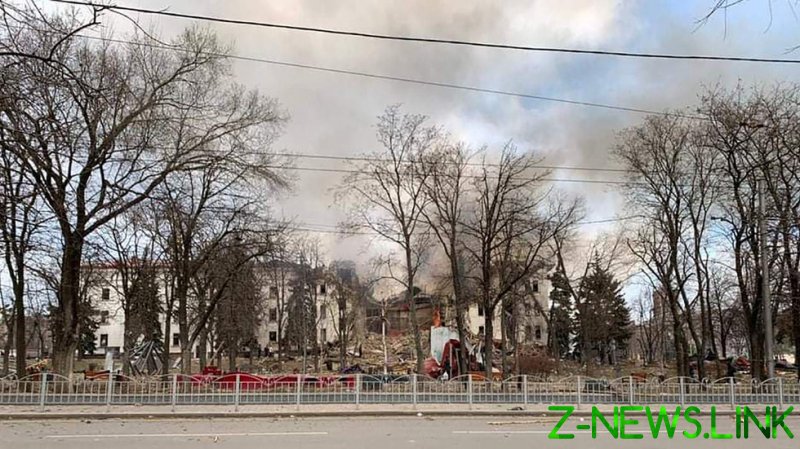 More than 200 civilians have been rescued unharmed from the bombed Mariupol Drama Theater, and one injured woman has been taken to hospital, the deputy mayor of the city told reporters on Friday. Initial claims from Kiev estimated over 1,000 people may have been killed in what they said was a Russian airstrike.

Ukrainian media announced on Wednesday that the Drama Theater – located on the main square of the city – had been struck by the Russian air force while civilians were sheltering inside. By Thursday morning, however, reports switched to saying that those civilians had survived, with a journalist with the Kyiv Independent calling it a “miracle.”

On Friday, Deputy Mayor Sergey Orlov told Human Rights Watch that more than 200 people have so far been rescued from the rubble unharmed, but one woman had been taken to hospital with injuries. Earlier in the day, Ukraine’s human rights commissioner, Lyudmila Denisova, told reporters that some 1,300 civilians had been trapped inside.

Meanwhile, Mayor Vadim Boychenko told the BBC that the fighting had reached the city center, where the theater is located. 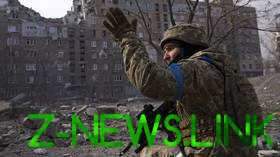 Responding to the Ukrainian accusations on Wednesday, the Russian military said none of its planes had carried out any ground attacks in Mariupol that day, and the theater had not in any case been on its list of targets.

“Previously, it was known from the refugees who got out of Mariupol that the Nazis of the Azov Battalion might be holding civilians hostage in the theater building, using the upper floors as firing points,” military spokesman Major-General Igor Konashenkov said at the time. He added that what he described as “reliable information” from locals had indicated that the militants might have blown up the building to try to pin the blame for any civilian deaths on Russia.

Russia says Mariupol is the stronghold of Azov, the notorious Ukrainian militia that uses as its emblems Waffen-SS symbols and other iconography of Nazi Germany. The city has been surrounded by Russian regular troops and those of the Donetsk People’s Republic, a breakaway region Moscow recognized as independent in February.

Moscow attacked its neighbor in late February, following a seven-year standoff over Ukraine’s failure to implement the terms of the Minsk agreements, and Russia’s eventual recognition of the Donbass republics of Donetsk and Lugansk. The German- and French-brokered protocols had been designed to regularize the status of those regions within the Ukrainian state.