Home / WORLD / Hundreds of endangered seals mysteriously found dead on shores of Russia’s Caspian Sea, and nobody knows why

Hundreds of endangered seals mysteriously found dead on shores of Russia’s Caspian Sea, and nobody knows why 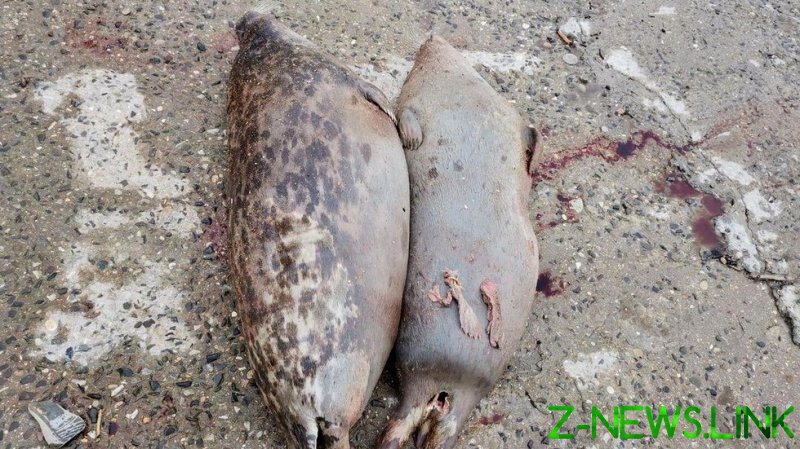 According to Rosrybolovstvo, the Federal Agency for Fishery, 272 carcasses were found on beaches from a settlement called Sulak in the north of the republic, all the way south to the border with Azerbaijan. The agency also noted that the seals are listed in the IUCN Red List of Threatened Species.

When the first carcasses were discovered, the Caspian Nature Conservation Center director, Zaur Gapizov, pointed out that the mammals are threatened by small-meshed Chinese-made plastic nets used by poachers, and vast amounts of untreated wastewater that gets pumped into the lake.

A group of scientists has since landed in Dagestan, including from the Moscow-based Russian Academy of Sciences, and will conduct an investigation into the cause of the deaths. Other theories put forth by experts include unfavorable weather conditions, the rapid spread of a disease, or dirty water.

The Caspian Sea is the world’s largest lake, bordering Azerbaijan, Iran, Kazakhstan, Russia, and Turkmenistan. Best known for its caviar and oil, it is home to many animals that are not found anywhere else.

Dagestan is located around 1,500km south of Moscow, most famous worldwide for being a majority-Muslim region with many skilled MMA fighters.

Earlier this year, hundreds of marine animals were found on the shores of Russia’s far eastern Kamchatka Peninsula, 6,500km east of Dagestan. Locals reported discovering dead fish, shrimps, and crabs on the beaches of Avacha Bay. Kamchatka is famous for its pristine nature and is included on UNESCO’s World Heritage List.