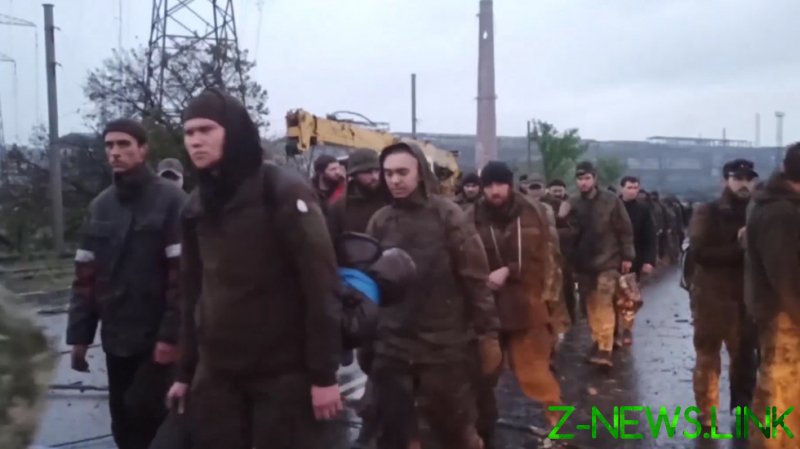 An additional 771 Ukrainian combatants have surrendered to Russian forces at the Azovstal steel plant in Mariupol over the past 24 hours, the Russian Defense Ministry reported on Thursday morning. This pushed the total number of captives from the stronghold up to 1,730 since Monday, the report said.

Azovstal served as the last bastion of Ukrainian forces in the key port city, which the Donetsk People’s Republic (DPR) claims as its territory. According to the Russian military, the prisoners were “militants from the nationalist unit Azov” and were transferred to locations in Novoazovsk and Donetsk, two DPR-controlled cities. Medical assistance is being given to the 80 wounded Ukrainian fighters, the update said.

The surrenders, which Ukrainian President Volodymyr Zelensky ordered and later described as an evacuation allegedly taking place “thanks to” Ukrainian military and intelligence agents, are being monitored by the International Committee of the Red Cross (ICRC). The aid organization gave a brief description of its involvement in a statement on Thursday. 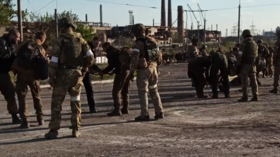 The ICRC said it “registered hundreds of Ukrainian prisoners of war (POWs)” at Azovstal and that the process was still underway. The organization is compiling lists and recording personal details of the captives to track them while they remain in custody and to “help them keep in touch with their families.”

It highlighted its role as a neutral observer in the matters of war and said it maintained “a confidential dialogue with the parties to the conflict on their obligations under international humanitarian law.”

In a separate thread on its Twitter account, the ICRC stressed that it was bound by certain restrictions on how it operates, such as not being able to testify in court about prisoner visits it conducts or to prosecute the detaining parties.

The ICRC is an internationally-recognized watchdog for the Geneva Conventions, the rules of war that, among other things, regulate how signatories are obliged to treat POWs.

Some Ukrainian officials previously accused the organization of various misdeeds, including allegedly participating in forced displacement of Ukrainians. They were referring to the evacuation of civilians from eastern Ukraine to safety in Russia, which Kiev insisted was done at gunpoint.

Ukrainian Deputy Prime Minister Iryna Vereshchuk at one point accused the ICRC of “working with the enemy.” The organization denied the accusations, saying it never takes part in forced evacuations, whether in Ukraine or anywhere else in the world.