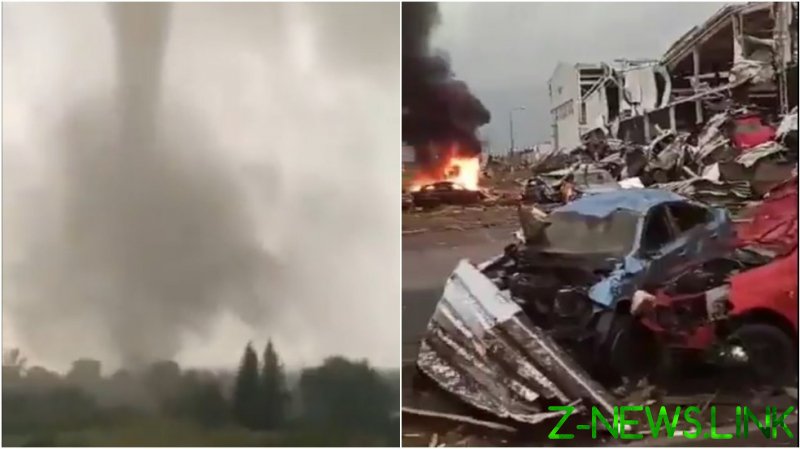 A video circulating on social media captured the spout touching down somewhere between Breclav and Hodonin, in southeast Czechia.

The aftermath of the tornado was also captured on camera. Here is the village of Luzice, with some 3,000 inhabitants.

The mayor of Hrušky, which has a population of 1,500, says half the village was “destroyed.”

Authorities have estimated the number of injuries between 100 and 150 people, but reports of injuries and damage are still coming in.

One Czech TV station said the tornado may have been a F3 or F4 on the Fujita scale, rated at “significant” to “severe” damage. Meteorologist Michal Žák said it was “probably the strongest tornado in recent [Czech]history” and very uncommon in Europe.

Local emergency services have warned citizens not to be outside or on the roads, and described the situation as “damaged houses, fire, traffic accidents, trees on cars and homes.”

“Hundreds” of police and first responders have been dispatched to southern Moravia, Czech police announced, urging people on the roads to “clear the way” for them .

The last time a tornado was detected in Czechia was May 2018. That was a F0 event that struck mostly empty farmland in the Plzen district, resulting in no injuries.