Home / WORLD / Humans of the GREAT RESET: What the future MIGHT look like in 2021 – if the controlling elites have their way

Humans of the GREAT RESET: What the future MIGHT look like in 2021 – if the controlling elites have their way 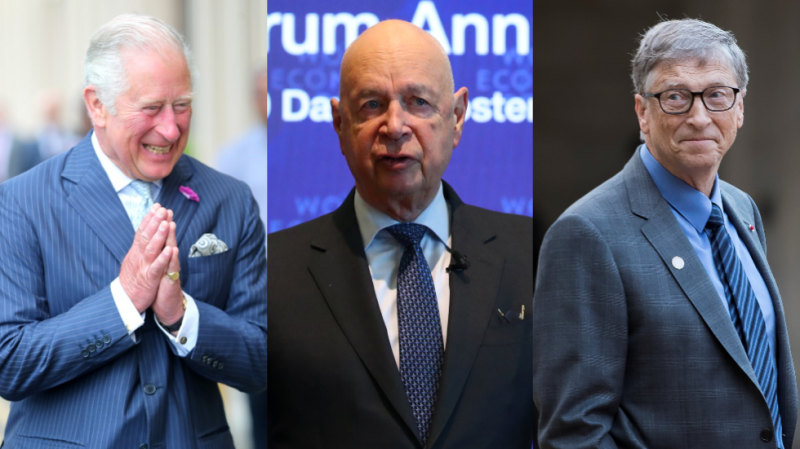 As lockdowns and mask mandates became a part of daily life over the last year, politicians the world over asked their citizenry to accept “The New Normal.” The phrase became ubiquitous, but as vaccines inched closer to deployment, that phrase was replaced with a new one, “The Great Reset,” used to describe the monumental changes to human society needed in a post-coronavirus world.

Unveiled in May by Britain’s Prince Charles and the World Economic Forum’s Klaus Schwab, the ‘Great Reset’ is an ambitious plan to create a more equal, cashless, integrated and sustainable global society. World leaders have seemingly signed up to the plan, with its catchphrase, “Build Back Better” featured prominently in incoming US President Joe Biden’s campaign messaging.

Overdue liberalization, or technocratic New World Order? Opinion on the plan is divided between those who think it’s the shot in the arm the world needs, and those who think it will make Cyberpunk 2077 look like a utopian dreamworld. Whatever your opinion, here’s a look at the ‘New Normal’ that awaits in 2021 and beyond.

Vaccine passports for everyone

Even the World Economic Forum (WEF) has acknowledged that issuing citizens with immunity passports, or certificates of vaccination, could prove “controversial.” That hasn’t stopped governments toying with the idea though. Britain is “exploring” the idea of creating a digital “freedom passport” database that would only grant access to public places to people who can prove a negative Covid test, while Ireland and Israel have discussed banning the unvaccinated from certain spaces. France may ban the unvaccinated from public transport.

Such moves have been fiercely criticized by civil liberties advocates, but those pushing them don’t care. “Prepare for a form of health passport now,” former British Prime Minister Tony Blair wrote last week. “I know all the objections, but it will happen. It’s the only way the world will function and for lockdowns to no longer be the sole course of action.”

Governments may not be able to force citizens to take a rushed and side-effect-riddled jab at gunpoint, but they won’t have to. The air travel industry has already said it will require proof of vaccination to fly this coming year, leaving wannabe travelers with a simple choice: take the jab or stay at home. Budget airline Ryanair boiled the idea down to a blunt catchphrase: “Jab & go!”

Your vaccination record is just one facet of your identity that the architects of the Great Reset want access to. In a post on Christmas eve, the WEF set out an ambitious plan to create a digital identity app aimed at giving an official identity to more than a billion people worldwide said to be without one. Registering the world’s population is a goal shared by the United Nations, and the WEF’s proposed app would enable users to link up with ‘smart cities,’ healthcare and financial services, travel and shopping providers, and government departments.

Together with the idea of health passports, one can easily imagine a world where the unvaccinated could be excluded from these vital services. The International Monetary Fund has gone one step further, however, proposing this month that AI algorithms could be used to scan a person’s social media posts to determine their credit score.

Made too many anti-vax posts on Facebook? Sorry, pal, loan denied.

Proponents of the Great Reset talk about building a more equal, equitable economy after Covid. But if current trends are anything to go by, that economy looks more like medieval feudalism, with a tiny group of billionaires on top and the rest of us on the bottom.

The world’s billionaires, however, are doing spectacularly well. America’s three-comma titans grew their wealth by nearly a trillion dollars since the pandemic began. Amazon achieved blowout second-quarter results in 2020, earning $89 billion in that period and growing CEO Jeff Bezos’ fortune to $200 billion. The combined wealth of the 12 richest Americans – including Facebook CEO Mark Zuckerberg and Microsoft CEO and vaccine evangelist Bill Gates – grew by a staggering 40 percent.

With lockdowns continuing into 2021, there is no indication that this trend will be reversed any time soon.

All of this bodes well for the world imagined by the WEF. According to the notorious promotional video by the organization, by 2030 the average person will “own nothing and be happy.” Goods and services will instead be rented from corporations and delivered by drone, a setup only the likes of Amazon will be in a place to provide.

A new push for environmentalism

Before Covid hit, climate change – a real, but heavily politicized problem – was the pet issue of governments worldwide, as leaders fell over each other to announce closer dates for the phase-out of fossil fuels. The proponents of the Great Reset are no different, and foresee a global carbon tax system in place by 2030, with citizens eating meat as “an occasional treat, not a staple. For the good of the environment.”

World leaders will likely kick off 2021 by renewing their commitments to a carbon-free future, whatever the cost. Joe Biden, for one, has promised to sign the US back up to the Paris climate agreement immediately upon taking office.

While the average person may pay a little more for the privilege of driving a car or eating a steak in the coming months and years, the real change, according to the WEF, will be felt by 2030, when climate change displaces a billion people, creating an unprecedented wave of refugees. Under the terms of the Great Reset, “we’ll have to do a better job at welcoming and integrating refugees.”

For the west, a wave of climate refugees means more competition for jobs and a growing underclass in the countries that take them in. However, they’ll also get the opportunity to “own nothing and be happy,” just like the rest of us.

And the WEF can count on legions of ‘grassroots’ activists to push these policies on the masses. It’s youth wing – the Global Shapers Community – was involved in last year’s climate marches, and the community’s leaders have been trained by the Climate Reality Project, an activist organization run by WEF trustee Al Gore. Expect these activists to demand climate action when the WEF meets in Davos, Switzerland, in January.

The real and unreal blur – discussion is censored

With WEF members literally funding their own activist movements, it’s going to be tough to discern top-down from grassroots change. In the case of the WEF’s push for a new environmentalism, Greta Thunberg and British Petroleum are on the same team. When it comes to reimagining capitalism, Pope Francis and Mastercard are working together to give corporations a greater say in cultural and political issues. Regarding health policy, the WEF and indeed much of the world’s media, seems okay with letting Bill Gates decide the future of medicine and disease prevention.

Discuss any of the contradictions and problems inherent in these post-Covid predictions, however, and you’re labeled a conspiracy theorist. With the world’s social media giants all cracking down on conspiracy content, it remains to be seen where the line between “dangerous” misinformation and legitimate critique will be drawn in 2021.

However, it is no stretch to say that in 2021, Silicon Valley will have more say over what’s not to discuss. In 2020 alone, Twitter censored the president of the United States and banned a national newspaper for reporting damaging information on his opponent. When it comes to content branded as “conspiracy theory,” discussion will in all likelihood be more, not less, restricted from here on out.

Amid the global upheaval brought on by the coronavirus pandemic, it’s easy to imagine world leaders and corporations taking advantage of the chaos to impose more controls over the populace. Prince Charles himself even described our turbulent times as a “golden opportunity” to make good on “big visions of change.”

However, the movers and shakers who travel every year to the World Economic Forum’s summit in Davos have boasted about their “great” plans before, from 2009’s “Shaping the Post-Crisis World,” to 2012’s “The Great Transformation.” The actual implementation of the ‘Great Reset’ will depend on the imagination and ambition of governments and their corporate partners, and how well this squares against economic necessity and public resistance.

The most likely outcome is that the reset gets rolled out in a piecemeal fashion. Regardless, the WEF’s suggestions will surely continue to shape discussion long after the threat of the coronavirus subsides.