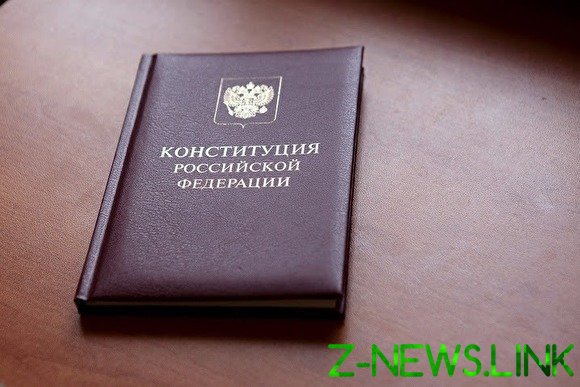 “The proposed changes reinforce the undemocratic centralization of power”

More than 120 Russian human rights activists, lawyers and politicians have signed an open appeal urging the European Council to urgently carry out a legal examination of the proposed amendments to the Constitution of the Russian Federation and the procedure for their adoption. The key amendment, they point out, would enable Vladimir Putin to run again for President and be in power until 2036, which is contrary to the fundamental principles of a democratic state. The petition, which indicated the position of the expert community, published on the website Subdued to date, she has collected almost 20 thousand signatures.

The proposed amendments strengthen the already powerful and undemocratic vertical of power, reduce human rights guarantees, increase the imbalance in the system of checks and balances, weaken the independence of the judiciary, even more centralizes administration of the state to the detriment of the subjects of the Russian Federation and significantly reduce the autonomy of local self-government”, — the statement says.

The authors note that the amendments to the Constitution aimed not at improving the functioning of the political system of Russia, not the development of democratic institutions, and to ensure continued stay in power of the current political elites. “Most importantly, they include the nullification of the presidential term of the incumbent, allowing him to be re-elected for two 6-year time limit after more than 20 years of stay in power. This will violated the fundamental principle of a democratic state — the turnover of power”, — the human rights defenders.

In their opinion, adoption of the proposed amendments is inconsistent with the Constitution and current legislation, and international standards, which casts doubt on the legitimacy of large-scale constitutional changes. “What is presented to society as constitutional reform, in practice even more alienated Russia from the realization of the principles of a democratic Federal legal state with a Republican form of government, European constitutional values and democratic norms, and in direct contravention of Russia’s obligations in the framework of the Council of Europe. We encourage the Council of Europe and its Parliamentary Assembly to urgently request the Venice Commission meet the democratic standards of the Council of Europe proposed changes to the Russian Constitution, as well as the procedure for their adoption,” say the authors.

Among the signatories of the appeal: the President of the Center for democracy and human rights Yury Dzhibladze, a member of the constitutional conference, 1993, assistant to the President of the Russian Federation in 1994-1997 Georgy Satarov; co-author of the Constitution of Russia in 1993, member of the political party “the Apple” Victor Sheinis; Professor of Economics Institute of political studies Sergei Guriev; Chairman of the Sakharov center, co-chair of the Moscow Helsinki group Vyacheslav Bakhmin; Director of the “Levada-Center” Lev Gudkov, Director of the Institute of law and public policy, O. Sidorovich; head of the programme “Support to political prisoners” human rights centre “memorial” Sergey Davidis; analyst, researcher of Academic Center. Boris Nemtsov, Alexander Morozov, doctor of legal Sciences, Professor Alexander Obolonsky; Chairman, National public organization “For human rights” Lev Ponomarev, Director of the Institute of human rights Valentin Gefter, Director of the Sakharov center Sergei Lukaszewski, President of the NGO “Sutyajnik” Sergei Belyaev and others. The full list can be viewed at the link.

Earlier, the Russian scientists, lawyers, politicians, writers, journalists and artists signed an open letter in which he described the situation in the country reform “unconstitutional coup”. The letter is addressed “to our fellow citizens, deputies of all levels, politicians, public figures and, of course, the judges of the constitutional court take an oath on the text of the current Constitution”.

Recall, March 14, Vladimir Putin signed adopted by the state Duma and Council of Federation the law on amendments to the Constitution of several dozen amendments, including “zeroing out” the term of the incumbent. Document submitted to the constitutional court. On April 22, scheduled a popular vote of citizens on these issues.

A key change to the basic law would enable Vladimir Putin to run again for President. Among other amendments — the Constitution’s mention of God, the Russian language as the language of the “constituent peoples” and prohibition on “falsification of history”. In addition, the amendments provide the redistribution of powers between the branches of government, the priority of Russian laws over international law, enshrines the concept of marriage as the Union of man and woman.