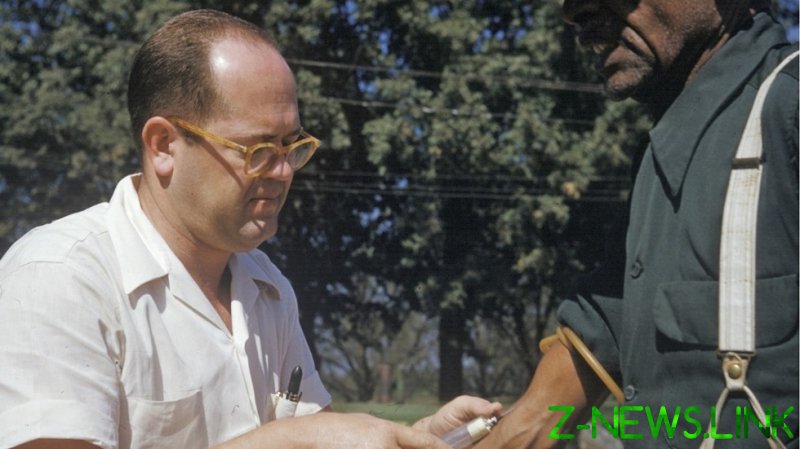 Well done, world. Less than a year into a global pandemic we now have quite the menu of vaccines to choose from, with hundreds of millions of doses already administered (albeit with around 75 percent of those jabs in just 10 countries).

The rapid development of the drugs has been hailed as one of the few successes of an otherwise – let’s be kind – clumsy global response to the coronavirus. Under-fire governments who supported this development, usually through large pharmaceutical companies or ‘Big Pharma’, have gladly welcomed such rare praise.

But there is still a hitch. For vaccines to work, enough people have to take them and, putting aside the inequitable distribution, the biggest hurdle here is scepticism.

Scepticism is a broad church. Of course, you have the die-hard anti-vaxxers, for whom all inoculations range from pointless or dangerous to DNA-altering vessels for billionaires’ tracking devices. The more rational sceptics worry about the speed at which these particular vaccines were developed and approved. Some people just don’t like needles.

Most of these groups are so small that their reluctance is insignificant to the larger fight against the virus. But scepticism among many people of colour is most certainly not.

In the US, surveys have consistently shown black Americans as the racial or ethnic group least keen to take a vaccine. Black African populations, too, are highly suspicious.

In the UK, where more than a quarter of the population has already had its first dose, there are worries about the emergence of ‘vaccine poverty’, as areas with large BAME populations have a significantly lower take-up of the jab – leading politicians and celebrities from those communities to encourage people to get vaccinated.

Several explanations are given for this scepticism. Some cite religious beliefs, others a lack of access to information (or too much access to misinformation), and then there are those for whom a language barrier exists, particularly among older immigrants.

However, perhaps the most powerful explanation is that they simply don’t trust those much-lauded governments and Big Pharma. And with very good reason: a gruesome history of often lethal human experimentation on people of colour.

The most infamous American example is the Tuskegee Study of Untreated Syphilis in the Negro Male. In 1932, the US Public Health Service duped over 600 poor black men into taking part in a study that it said would last for six months but which it stretched out for 40 years. A study that continued even when its funding was stopped.

Researchers told subjects that they would get free health care, but the 399 ‘volunteers’ who had latent syphilis were never told of their diagnosis, nor treated for it. The study led to the deaths of 128 men.

In a focus group run last year by a foundation that supports the US Food and Drug Administration (FDA), many black participants cited Tuskegee as a reason for their reluctance to take a Covid-19 vaccine.

“I firmly believe that this is another Tuskegee Experiment,” said one.

Tuskegee is merely the tip of a nightmarish iceberg.

“Tuskegee shouldn’t be the first thing people think of,” Harriet A. Washington, author of the book ‘Medical Apartheid’, told TIME magazine in 2017. “It’s the example that the government has admitted to and acknowledged. It’s so famous that people think it was the worst, but it was relatively mild compared to other stuff.”

It also allows people to think that it was a one-off and that black people shouldn’t fixate on it. The truth is, this is something that has gone on for centuries.

Washington’s book discusses the work of James Marion Sims, the ‘father of gynaecology’, who used slave women and children in 19th century Virginia as human guinea pigs to develop medical treatments – treatments that were then only used to help white women, obviously.

The US even exported its human experiments on racial and ethnic groups.

Between 1946 and 1948 it infected prisoners, mental hospital patients, and soldiers in Guatemala with syphilis in order to test the effectiveness of penicillin.

In 1954, it began Project 4.1 – a medical study into the effects of radioactive fallout on residents of the Marshall Islands who were ‘unfortunate’ enough to be too close to the American ‘Bravo’ nuclear weapon test.

Many Marshallers believe it had nothing to do with luck and that their lowly world status and remote Pacific location made the islands perfect for a very deliberate experiment.

Of course, American scientists and the US government are far from alone in this. Africa, for example, has long been used as a living lab by various governments, academics, and pharmaceutical companies.

In the 1970s, black women in Zimbabwe (when it was still called Rhodesia) who worked on white-run farms were forced to take part in trials for the birth-control drug Depo-Provera. The country also witnessed unethical human trials for the HIV drug AZT in the 1990s, as part of US projects funded by the Centers for Disease Control (CDC), the World Health Organization (WHO), and the National Institutes of Health (NIH).

HIV-positive Zimbabweans were recruited by American physicians and the University of Zimbabwe without informed consent for a study on mother-to-child transmission of HIV and AIDS. The women involved weren’t made aware of the potential risks, how a placebo works, or even that they might be given one, leading to an estimated 1,000 babies contracting HIV/AIDS.

Then you have the testing of the antibiotic Trovan in Kano, Nigeria, to assess its effectiveness against meningitis. Eleven children died in the trial – five after taking Trovan, six after taking an older antibiotic used as a comparison drug.

Others suffered blindness, deafness, and brain damage, which may or may not have been due to the trials. We’ll never know, because the Big Pharma company responsible settled out of court when sued by the Nigerian government (denying us the whole truth but giving off very guilty vibes), having been accused of conducting an illegal study with no permission from the children or their parents.

The name of the company? Pfizer. And you wonder why black Africans might be wary of a vaccine with that name on it.

But surely no-one would consider making Africans guinea pigs for a Covid vaccine, right? Not in this day and age. Well, last April two French doctors suggested precisely that.

Speaking on French television channel LCI, Jean-Paul Mira, the head of the intensive care unit at the Cochin Hospital in Paris, said, “Should we not do this study in Africa where there are no masks, no treatment or intensive care, a little bit like it’s been done for certain AIDS studies, where among prostitutes, we try things, because we know that they are highly exposed and don’t protect themselves?”

Rather than being shot down, Mira was backed by Camille Locht, research director at France’s national health institute, Inserm, who replied, “You are right. And by the way, we are thinking in parallel about a study in Africa using this same approach.”

The cruelty and the cruel irony

It’s a staggeringly colonial attitude, but the issue isn’t confined to previous centuries. In India, more than two and half thousand people died between 2005 and 2012 as a result of dubious testing of unregistered drugs. It led the country’s Supreme Court to accuse the government in 2003 of “being negligent in curbing illegal clinical trials.”

This also shows that the abuses aren’t always white-on-black. However, the relationship – the powerful using the powerless as lab rats – has exactly the same corrosive effect on people’s confidence.

The higher levels of distrust among people of colour in Covid vaccines may be misplaced – if anything, the greed of predominantly white countries for vaccines means that they’re the testing grounds for the long-term efficacy and effects – but it isn’t completely irrational.

The examples here aren’t of a single evil regime like the Nazis conducting experiments over a limited period of time. There is a long and consistent pattern of inhumanity, exploitation, and racism.

And while it’s not something that has happened exclusively to these groups – white people have been victims of human experimentation, too – it’s happened to them a lot more, and often because of their race or ethnicity.

There is of course a cruel irony to this. Statistics tell us in very blunt terms that BAME people are already far more likely to be hospitalised and killed by Covid-19, which means that it is they who will suffer most for the fear and scepticism that’s been instilled in them.