Hugh Jackman made a surprise announcement 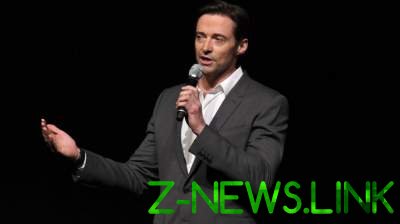 The famous actor decided to take a career break.

Saying goodbye to the role of Wolverine in the “Logan” Hugh Jackman is going to some time to say goodbye to the actor’s craft. 49-year-old Jackman, immediately after filming “Logan” switched on “the Greatest showman” and worked almost without rest the whole in 2017, said he wants to take a break in her acting career.

Now that the promotional tour “the Greatest showman” came to an end, the actor finally got some time to spend with family and friends and, in his own words, to “re-evaluate” their future.

Speaking to TheFIX at the Sydney premiere of “the Greatest showman”, Jackman said: “it was a wonderful year. I’m really proud of what we have already done. But I want to spend time with friends, I want to take some time to reflect about life, to reassess, to think about where to go next”.

At what period, Jackman’s going to take a break to do some “rethinking”, he himself does not know – but I do believe that spending this break in his native Australia. “There is nothing better than being at home, swim on Bondi beach on Christmas morning…” – said the actor.