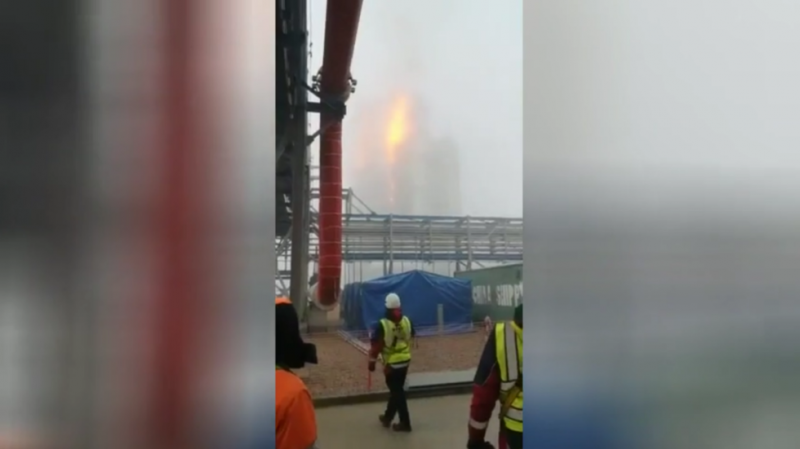 On Friday, a colossal blast tore through the facility in the Amur region, a key waypoint on the ‘Power of Siberia’ pipeline, which supplies both the Russian Far East, as well as China.

Beijing has requested emergency support from Moscow in recent days as it struggles to tackle an energy crisis, with several regions having faced blackouts and dwindling reserves of coal, which powers more than half of its national grid. Authorities say that the blaze started after plant equipment decompressed, and has since been brought under control.

Nobody has been injured. Dramatic footage from the scene shows fires burning on the exterior of the plant, casting a plume of smoke into the sky.