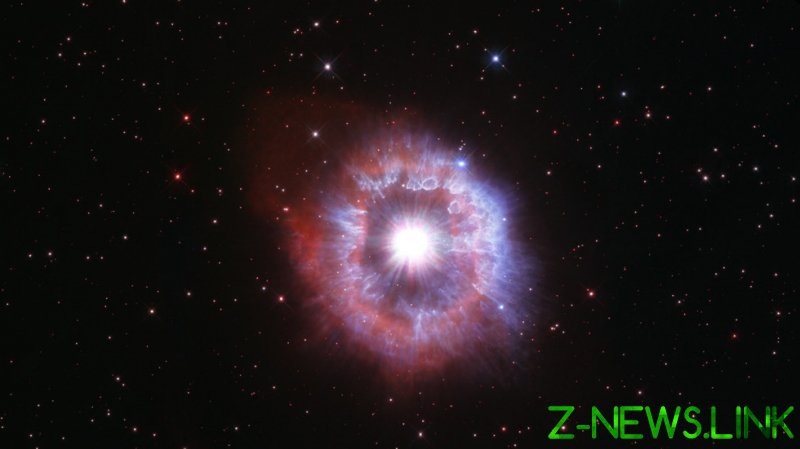 tAG Carinae, a type of star called a luminous blue variable (LBV), is located some 20,000 light years away. It is just a few million years old, and yet is soon to meet its doom, cosmically speaking.

Estimated to be up to 70 times more massive than our Sun, it burns with the light of up to a million suns and boasts a shroud of gas and dust with a span of five light-years – 100,000,000 times the distance between the Earth and the Moon – that, itself, comprises material roughly 10 times the mass of our sun.

The star’s shroud alone measures the distance from Earth to Proxima Centauri, the next nearest star beyond our Sun, and was formed by one or more giant eruptions around 10,000 years ago, which have since been blown apart by stellar winds rushing past at speeds of up to a million kilometers per hour. That’s 300 times as fast as a rifle bullet.

LBVs live fast and die young, and are among the brightest and most massive stars known to science, with a lifespan of only a few million years. For reference, our own Sun has an estimated lifespan of some 10 billion-odd years.

Hubble has patiently remained in service while waiting for the James Webb Space Telescope, which was supposed to replace it 13 years and billions of dollars ago, to come online.

Thankfully, it did stay in operation, however, as it is perfectly positioned to capture the ferocious beauty of AG Carinae, viewing it in the ultraviolet light spectrum – a wavelength range that can only be viewed from space.

In the image below, the red material is glowing hydrogen gas laced with nitrogen gas, and the blue areas are filamentary structures consisting of dust clumps illuminated by the phenomenal starlight. 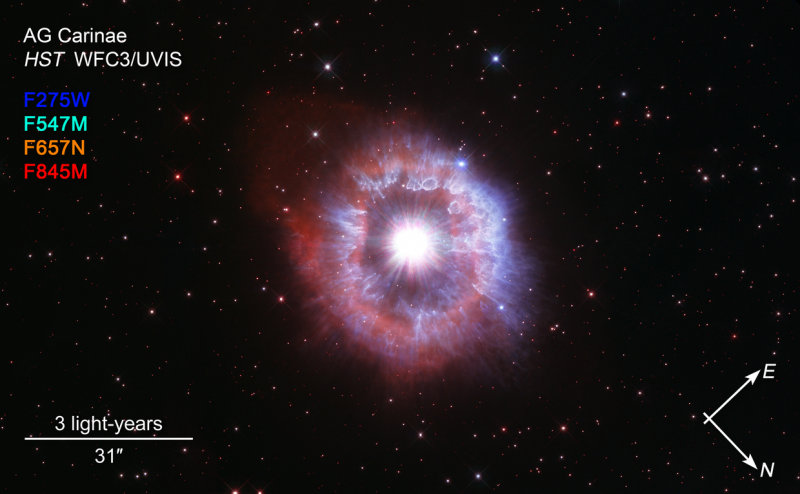 Fewer than 50 LBVs are known among the galaxies in our local group, so this incredibly rare picture is a fitting way to mark the 31st anniversary of one of Earth’s most famous pioneering probes.