Home / business / Hrytsak made an important statement about mercenaries “Wagner”

Hrytsak made an important statement about mercenaries “Wagner” 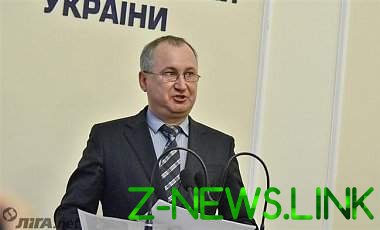 The Agency has evidence of the involvement of the PMC members to high-profile crimes in the Donbass.

The head of the SBU Vasyl Hrytsak said that the secret service has established the involvement of Russian so-called private military company “Wagner”, headed by Dmitry Utkin to the destruction of the plane Il-76 under Lugansk APU, the assault Lugansk airport and the events in debaltseve, Donetsk region.

“What did the group of Wagner… shooting down Il-76 with our Marines on Board the assault Lugansk airport… storming Debaltsevo”, – said Hrytsak.

He said that in the destruction of Il-76 and the assault Lugansk airport were involved in 72 militants PMC “Wagner”, they lost in killed 15 people.

“We know the names of each”, – said Hrytsak.

“In debaltseve militants 205 “Wagner” was involved, the loss of 51 people, know everyone,” he added.

According to Hrytsak, 36 militants PMC “Wagner” died on the demarcation line in the ATO area.

He stressed that the militants of the “group of Wagner” are the soldiers of the armed forces of the Russian Federation.

“Investigators have issued a notice of suspicion for Utkina… to Give on Monday at the GPU, I hope that the GPU will support us,” says Hrytsak.

“In Brussels on 19 October will be a briefing on “campaigns Wagner”, he added.