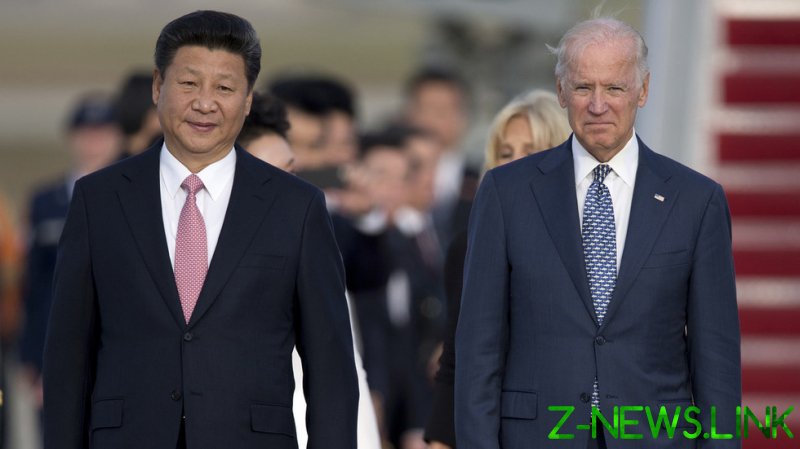 The United States is attempting to force China to oppose Russia’s “special military operation” in Ukraine. On Friday, US President Joe Biden and Chinese leader Xi Jinping held a nearly two-hour video meeting to discuss the conflict, as well as their bilateral relations.

The talks do not appear to have produced a substantive change in the position of either side, with the White House readout of the call evidencing that the US is continuing to allude to taking action against China but also, unusually, that Biden referenced Taiwan. The US president warned Beijing that there would be “implications and consequences if China provides material support to Russia.”

In response, President Xi said China has always stood for “peace, and opposes war.” “All sides need to jointly support Russia and Ukraine in having dialogue and negotiation that will produce results and lead to peace,” he stressed, adding that NATO and the US should also engage in talks with Moscow.

This was the first known discussion between the American and Chinese leaders since November. It followed a meeting at the beginning of the week in Rome between US National Security Advisor Jake Sullivan and China’s leading diplomat, Yang Jiechi.

The US has made it clear that it will impose “costs” on Beijing if it is deemed to be “supporting” Russia. Earlier this week, several Western media outlets claimed Moscow had asked Beijing “for equipment and other kinds of unspecified military assistance” to aid its offensive in Ukraine. Beijing has dismissed the allegations, with the spokesman for the Chinese Embassy in Washington, Liu Pengyu, saying of Russia’s alleged request that China “had never heard of that,” and adding that his country’s priority was “to prevent the tense situation from escalating or even getting out of control.” It’s likely the allegation was designed to both embarrass Beijing and further promulgate the narrative that Russia’s war effort is failing.

China is a cautious geopolitical player. It has a foreign policy premised on seeking stability and prioritizing its own economic development. Because of that, it does not and will not openly support the war in Ukraine. However, these concerns don’t mean Xi Jinping is going to jump into America’s arms and confront Moscow.

While China undoubtedly wishes for a peaceful resolution, it owes the United States nothing, and it recognizes that turning against Russia would involve exchanging long-term strategic considerations for short-term certainties. After all, once the crisis in Ukraine is over, it will be full steam ahead for the US’ Indo-Pacific strategy and business as usual when it comes to its containment of Beijing.

Last month, just before the opening of the Winter Olympics, Vladimir Putin met with Xi Jinping and sealed a “no limits” friendship between their two countries, affirming a joint vision for a multipolar world. The Russia-China partnership has strengthened considerably in recent years, each nation having faced the common strategic enmity of the US and its allies, with Washington long seeking to contain both in the pursuit of unipolar hegemony and to crush all of its competitors along the way. 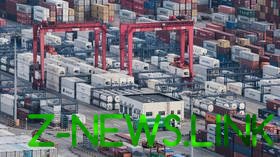 Moscow and Beijing have differing interests in a number of respective areas, but a consensus forged on the premise that they provide each other political space and act as a counterweight to the US and its alliances, being invested in a multipolar environment.

Although Russia’s offensive in Ukraine has distracted Washington from its Indo-Pacific agenda, it has also provoked uncertainty in the markets, allowed the US to increase its clout in the EU, and encouraged Taiwan to exploit the crisis so as to build more political space for itself. China also had a strong trading relationship with Ukraine, which joined its Belt and Road Initiative back in 2017.

It’s clear the US is seeking to use the crisis to drive a wedge between Beijing and its allies, and, in its bid to isolate both Russia and China, is aiming to frame Beijing as being complicit in Moscow’s “special operation.” It will no doubt reset its strategic priorities as the war continues. However, for a number of reasons, this is unlikely to change China’s calculus.

First, even if Beijing were to explicitly act against Moscow, the US would not change its current course on China as a reward. Beijing therefore has no reason either to trust or barter with Washington. It should not be forgotten that, prior to the Ukraine conflict, the US was effectively accusing China of genocide against the Uighurs, had orchestrated a smear campaign against the Winter Olympics, had blacklisted ever-growing numbers of its companies, had created hostile military blocs such as AUKUS (Australia, the UK, and the US), the Quad (Australia, India, Japan, and the US), and was trying to move the needle on Taiwan. One would be naïve to assume Washington would reverse course on any of this in the vain hope Beijing would turn against Moscow and dump its key strategic partner just to appease the US and its allies.

Second, China recognizes that the US views it as its primary threat and competitor, perceiving Russia as having less capacity to compete on a global scale in terms of economics and technology. While Beijing may continue to call for peace and dialogue in Ukraine, it will nonetheless continue to align itself with Moscow when it comes to opposing the expansion of NATO, calling instead for a “balanced, effective, and sustainable security mechanism.” This is in line with its existing position on the creation of US-led alliance blocs targeting nations such as China, and the Cold War mentality that has been evoked as a consequence. China has made no secret of its view that the US is “on the wrong side of history.”

In conclusion, while China doesn’t like the uncertainty of the conflict in Ukraine, it owes the US no favors when it comes to the part it will play in restoring stability. Having been intent on waging a Cold War against Beijing, Washington is now attempting to control its response to the Ukrainian crisis while continuing to alternately threaten and coerce it. As a result, when it comes to its strategic partnership with Russia, it has simply dug in its heels.

While China and Russia don’t share the same world view, they’ve been brought together by the political currents of the West, which arrogantly believes it can impose its dominance and expand its spheres of influence without consequences. Though China will engage in dialogue with the US, there’s going to be no 21st-century repeat of the Sino-Soviet split, whatever the US might have hoped.