Home / Video news / How was the first call in the occupied territories. Video

How was the first call in the occupied territories. Video 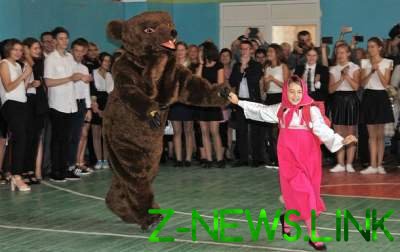 On the Day of knowledge in non-government controlled areas of Donbas were line.

In educational institutions LNR and DNR September 1, sounded the first call. Photos and videos of the solemn lines appeared on the network.

According to self-proclaimed authorities of the “Donetsk Republic”, the whole school went more than 142 thousand students, took them almost fifty schools. But 111 schools did not open as they are located close to the contact line of the parties, or not rebuilt after the fire.

Also in non-government controlled areas of Donbass held an action called “call the angels of Donbass” in memory of the dead children. Held a minute of silence and lit candles and the drivers are simultaneously pressed on the horn.