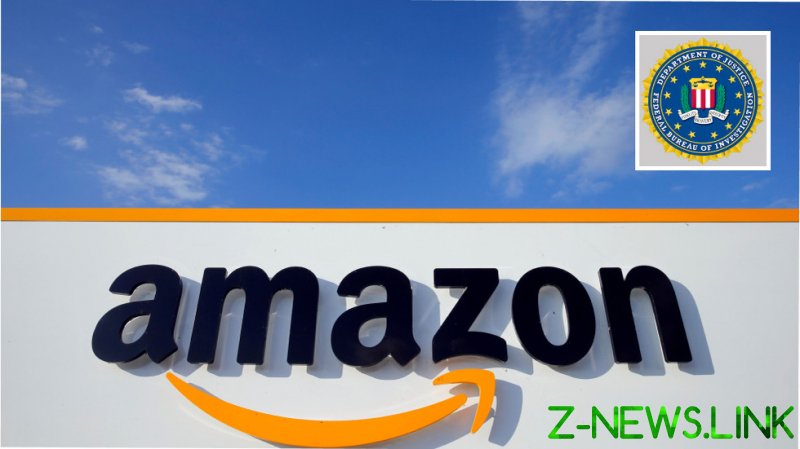 Investigative outlet the Intercept has drawn attention to Amazon ramping up employment of former US Federal Bureau of Investigation (FBI) operatives to its global security center in Goodyear, Arizona.

A cursory search of the company’s employees via its official LinkedIn page shows 126 users mention Amazon and the agency in their profiles, and at least 20 FBI veterans were hired between 2017 and 2020 alone.

That the e-commerce giant has enlisted their services is hardly surprising, and neither is it exceptional. Companies small and large in many industries actively seek out and benefit from the experience of seasoned security services professionals.

However, this recruitment drive takes on a deeply disquieting dimension when one considers some of the hires could be used for the purposes of gathering intelligence on Amazon employees, particularly those involved in attempted labor organization and disrupting and preventing trade union activism.

The Intercept drew particular attention to two senior Amazon staffers, whose FBI histories –which both span around 24 years – strongly suggest they would be adept at such activities.

Cindy Wetzstein joined the company as Senior Intelligence Analyst in October 2020 straight from the Bureau, where she most recently led a “squad” of personnel researching, analyzing and mitigating national security threats, and supervised “collection, collation, manipulation and organization of data from multiple sources by intelligence personnel.”

Her LinkedIn profile was temporarily deleted following publication of the Intercept article, and since its reinstatement has been amended to remove a reference to her expertise in “tactical and strategic intelligence production,” originally quoted by the outlet. Nonetheless, the online resumé continued to boast that she maintains “Top Secret Security Clearance” before being made private.

The profile of Brian Brooks, Amazon’s Senior Practice Manager in its National Security division, is even more illuminating. He was previously Assistant Director of the FBI’s Operational Technology Division, where he“led the development and deployment of advanced electronic surveillance tools, collection and intercepts, cryptanalysis, audio/video data management and digital forensics of electronic evidence.”

Amazon’s dislike of employee unionization is notorious, yet rarely acknowledged let alone condemned by the mainstream media. Amazingly, the company itself even professes to be pro-worker, yet new employees are inducted with a 45-minute video on the evils of organized labor, which claims unions would in fact jeopardize job security.

In April 2020, Amazon employee Chris Smalls was fired after helping organize a strike over poor coronavirus safety measures at the company’s facility in Staten Island, New York. Leaked notes from a meeting of Amazon top brass indicate plans were formed to attack and discredit him, and industrial action more generally, at the highest levels.

“He’s not smart, or articulate, and to the extent the press wants to focus on us versus him, we will be in a much stronger [public relations] position,” Amazon’s general counsel David Zapolsky said during the meeting. “Make him the most interesting part of the story, and if possible make him the face of the entire union/organizing movement.”

In September, Amazon was moreover outed by Vice for advertising two vacancies focused on surveillance of alleged threats to the company – organized labor was mentioned repeatedly in this context.

The listings also stated that “previous experience in intelligence analysis and/or watch officer skill set in the intelligence community, the military, law enforcement, or a related global security role in the private sector” was a “preferred qualification.”

They were removed following widespread public outcry, but similarly-titled listings continue to be posted, and military and/or intelligence experience are still being sought. The accompanying descriptions are typically softer and vaguer, though. Nonetheless, the Intercept alleges one particular vacancy was deleted after the outlet approached Amazon for comment.

A mere day after the ads were exposed, leaked documents revealed that Amazon monitors nominally private Facebook groups used by its army of Flex delivery drivers, on the lookout for criticism of the company and indications of potential strikes and protests.

Under the auspices of Flex, motorists deliver Amazon packages in their free time, logging into an app to see if there are any jobs in their local area. Marketed“as a way of earning extra money to move you closer to your goals,” in practice it seems a highly cynical exercise in circumventing employment law.

As Flex drivers don’t wear Amazon uniforms and use their own vehicles, they can be classified “independent contractors” rather than employees, and thus don’t enjoy even the most basic benefits, rights or protections. Despite making less than the minimum wage as a result, they still must wear Amazon badges, stick to delivery routes decided by the company, and undergo mandatory training sessions.

Disgruntled former Flex drivers challenged their characterization as “independent contractors” in court, in 2015 and 2016, so it’s no wonder Amazon wishes to know what its current crop are saying and planning behind effective closed doors.

There are also indications the company engages in comparable ‘offline’ – ie in-person, on-the-ground – covert human intelligence gathering using undercover agents in its warehouses. In November 2019, spies drawn from infamous private detective agency Pinkerton were “inserted” into an Amazon warehouse in Wroclaw, Poland, to investigate allegations management were coaching job candidates on how to complete job interviews.

“No identifiable evidence of coaching on behalf of the agency recruiters was observed,” the spies’ report concluded. “Investigative actions to prove/disprove this hypothesis are ongoing.”

Among other things, Pinkerton clients benefit from highly detailed insights on labor organizing efforts, including the date, time, location and number of workers involved.

Amazon strenuously denies it has utilized these services, which is difficult to believe given Pinkerton was specifically founded for the purposes of union-busting, and is known to have monitored, infiltrated and disrupted strikers at a telecommunications company in West Virginia as recently as 2018.

It’s true the online retailer needn’t employ an outside agency to plant undercover operatives in its warehouses – these capabilities can of course be developed in-house. Given the FBI’s own history of surveillance, subversion and sabotage, the elite agency veterans now in numerous senior positions in the company are extremely well-placed to offer expert guidance on the subject.