Home / Society / How to survive without money?

How to survive without money?

Poor life – a heavy burden. When any waste is a burden, I want to go out the window. How to survive on low wages, to send her daughter to the best University and still have time to relax, to buy expensive things, and in no need said the poorest people of the country – Alexei Navalny in his interview with Elizaveta Osetinskaya. 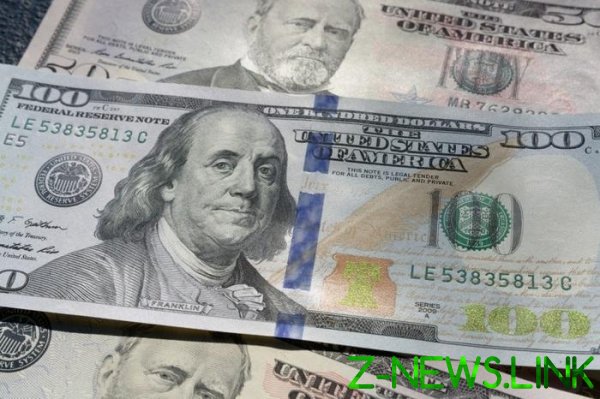 Throughout the video he says he lives rather modestly, and now in connection with the receipt of daughter into Stanford even hard. In addition to rent an apartment he has to pay for daughter’s Dorm, the price tag which he is not entitled to disclose the contract with the University. And the Dorm Stanford is clearly not a few casov a year, in any budget the University.

With regard to Bank accounts Alexei, by some sheer chance they had not blocked, in contrast to all other of its employees, which, in addition, are still hanging and 75 million in the case of money laundering. This fact, judging by the interview, Navalny could not get enough. “Well, that’s why it doesn’t blocked!”. “I’m in the middle of a hurricane where calm zone”.

See also:  Tesla impressed the public with a range of travel without recharging

But others in the ass, which is obviously not much worries him. And talking about FBK, Navalny did not hesitate to explain that his “activities are very, very cheap”. The average fee earned in the office – 60K plus/minus office expenses, that we have enough donations from the “ten thousand people”. But for some reason in my head around a few things. 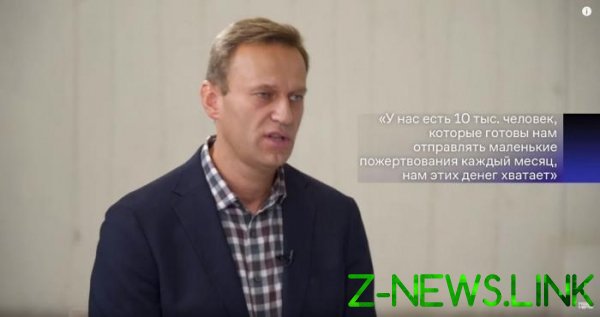 First, why throughout Russia, where the population is over 140 million people, sent him an auxiliary donuts only ten thousand. The power of FBK sank, just from the whole mass of citizens FBK financial support of 0.01% of the population or Bulk something confusing? And secondly, if their activities are really so cheap, and why sent is so unrealistic amount of bitcoins to the accounts of the FCO and Touch? Where funneling the money, according to Navalny, not that they need? 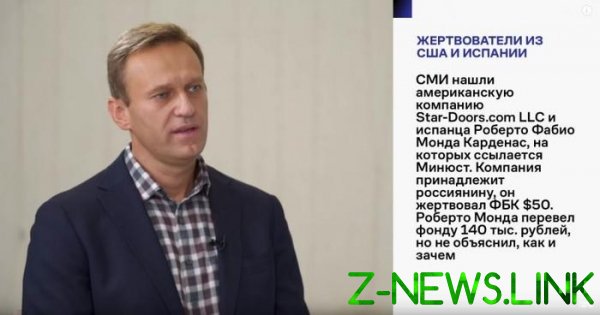 The FBC lives not only through donations but also private orders. So, Alexey told about the current investigation against the HRC, which pays for Russian businessman Boris Zimin, but how many – not answered: “All will see in the Declaration”. If it is published, why hide the amount now?

So, if the activities at FBK cheap enough, and way of life of Alex, in his words, “pretty simple”, then the idea of his residence should be modest. Only living politician quite poor. 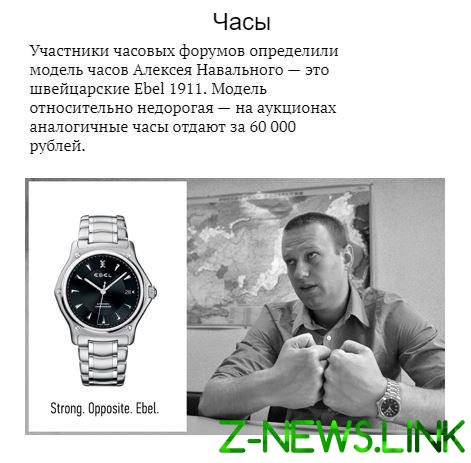 Flights to new York, Italy and England, an expensive watch, my daughter’s tuition at Stanford and an apartment in the center of Moscow can hardly afford man “on the verge”. Money from sponsors is clearly gone in the right hands, supporting very expensive over the life of the policy, which flies over the border during inspections at the headquarters of FBK who calls and comes to meetings that he sets himself spoke in the wheel and did not know how to hide <s>bitcoins</s> skeletons in the closet.