Home / Society / How to steal money with impunity

How to steal money with impunity 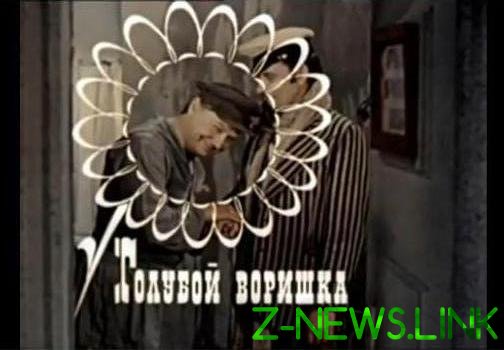 Listen up, kids. I’ll tell you the murky history about China, and it is not about the coronavirus.

Back in the fall I ordered on Aliexpress a batch of electronic components. The deadline for delivery was in December. All the control this time is expired, the goods did not come, I opened a dispute on Aliexpress. And the money was returned to me.

And here was January, was part of Feb and BAM! Circuits-then it came. With a delay of two months.

I wrote the seller, told that the details I have received and I am ready to compensate it for the cost. Bargain, we agreed that I return it for the cost of parts, excluding shipping cost or minus thirty percent. Because to pay the postage savings from sending from Laos and a stop on the way to twenty countries associated to the desire I have.

I paid, left no complaints, more will not buy.

Here’s what I thought. Ten years ago, I would be glad that the parts I got for free and of course, write to the seller and return the money would not. Because technically, according to the rules of Aliexpress I was right and the pay was not required.

But then, ten years ago, I lived in Russia. Now living in a different country, different atmosphere. The minds I have changed. Not only me, any neighbor-an Englishman in the same situation would pay.

Another remembered. A month ago I hung out on one Russian forum, devoted to purchases on Aliexpress.

So the people there are actively exchanging recipes, how to order, receive goods and not pay for it, using loopholes in the rules of Aliexpress. I want to emphasize, we are not talking about such a situation, what was I when item is hovered by the fault of the seller, and how to intentionally create such a situation such traps for sellers, the product got for free.

Very active a popular topic. And recipes, it is working, a lot.

And after all that, they really don’t understand what bragging about theft, teach each other to steal and not only not ashamed of it, but take it as a virtue. You know what shocked me? What I realized that I live in Russia now, I would also would perceive it not as theft, but as a virtue.

And Yes, I almost forgot. I do not brag about what became vysokotelym and moral. And honesty and nothing to do with morality. This concept is vague and many do not understand.

It’s not about morality, but in simple sober calculation, which is quite intuitive and does not require chewing.

I and my neighbors are British, and, in General, that all people of the free world, all people to understand. What if I steal money from the Chinese and my neighbors would steal the penny from the Chinese, the confidence to the customers, which is now based rules Alienpussy, very quickly come to naught. And instead of the current very loyal and friendly rules of dispute resolution will be other, hard and treshovye. And stolen penny to turn to all ruble costs.

And here it is very easy to explain the boundary between consciousnesses. A free man looks into the future and thinking about not only what proishodit here and now, but also about how it will remove the future.

And the slave doesn’t see a future for themselves. He only thinks about the here and now. Stole a lot of money, and happy!