Home / business / How to make a watch for Elon musk

How to make a watch for Elon musk 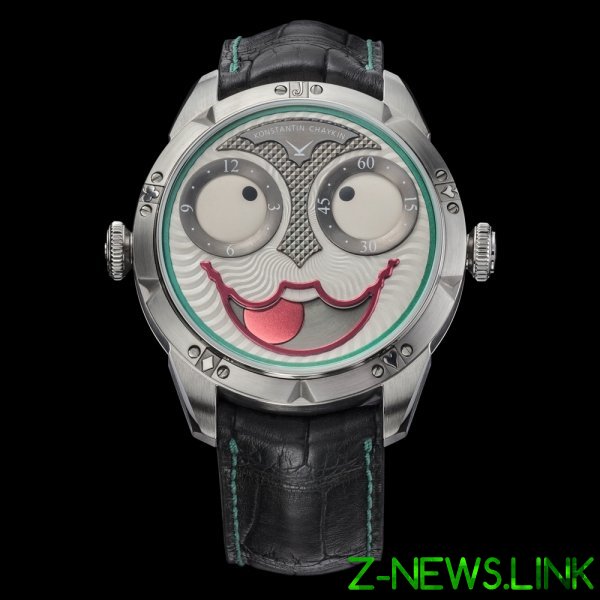 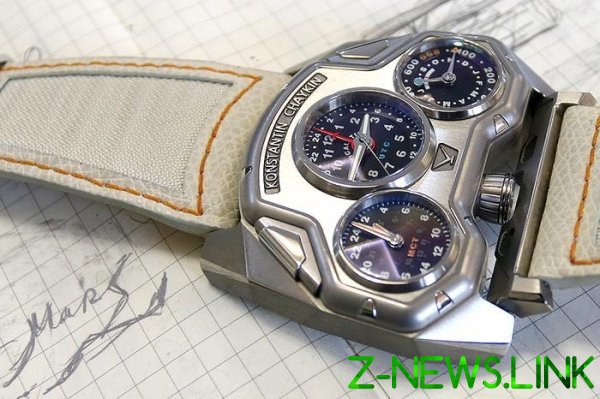 On the Russian watch manufacture Konstantin chaykina I first learned several years ago when I accidentally met hours “Lunokhod” that showed the moon phases. Later, about a year ago, I was invited to the presentation of its new development — hours for explorers of Mars Mars Conqueror, they show the earth and Martian time and mutual location of our planets. On the eve of cosmonautics Day I was in the workshop of Constantine, and saw today made mechanical wrist watch. 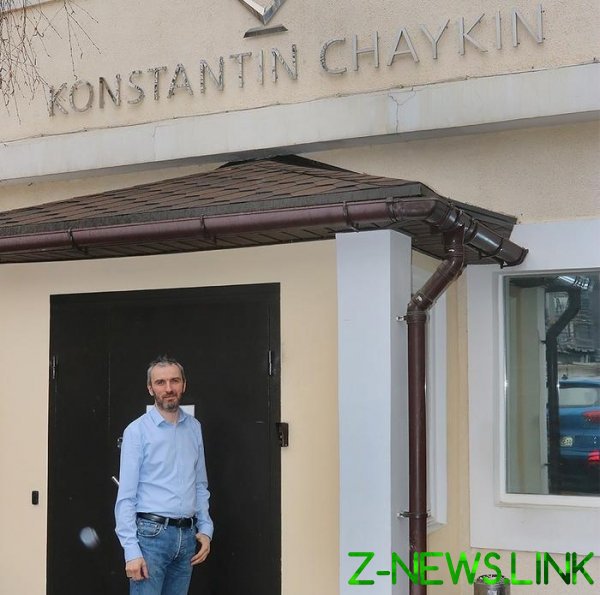 Watch under the brand Konstantin Chaykin is created in a small factory in Moscow. They have a fairly high price — tens of thousands of dollars, which is defined as the need to ensure the full cycle of production and the willingness of customers to pay for such a watch. 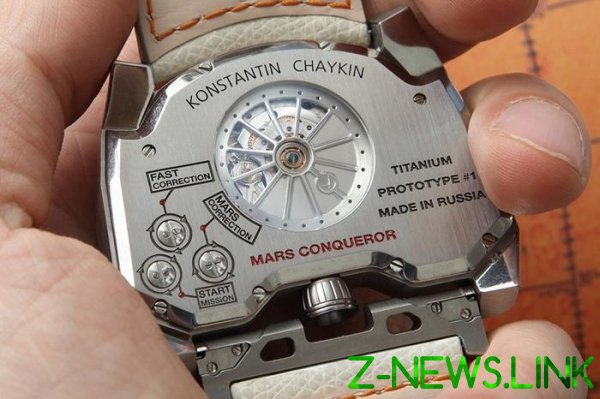 Constantine himself invents and develops mechanisms that add the watches additional features and even standard problem of deducing information about the time of day implement unhackneyed, for example as in the model Joker. 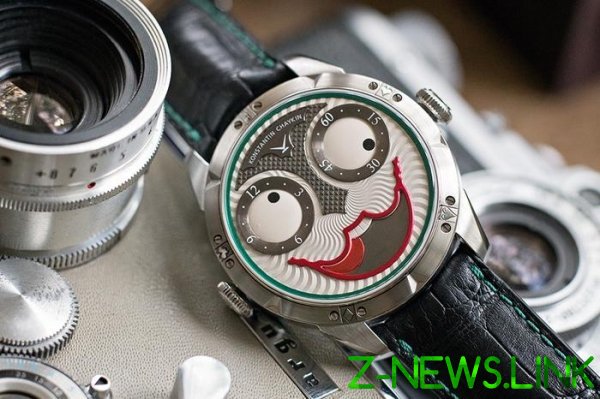 New development of a space-themed Mars Conqueror has two dial with terrestrial and Martian time. Length of the Martian day larger than the earth by about 39 minutes, so it takes its design hours. In a separate circle displays the relative position of our planet relative to the sun and there are periods suitable for flight to Mars. The band used the material used for the exterior layer of the Russian spacesuit “Sokol”. 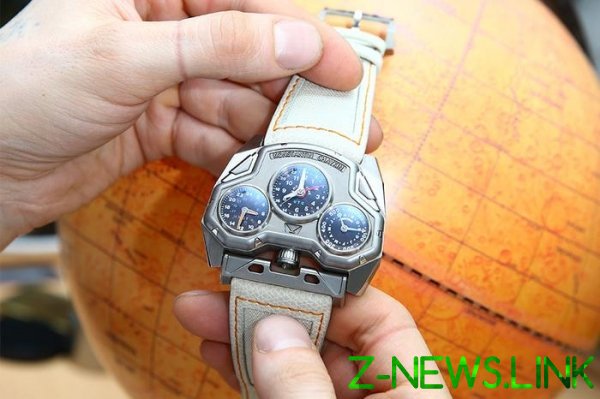 In the office of the watchmaker of the XXI century has all the necessary for the invention of the cosmic clock, development and quality control of manufacture. 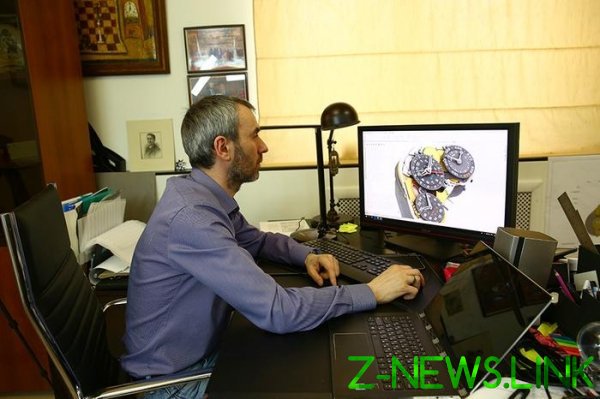 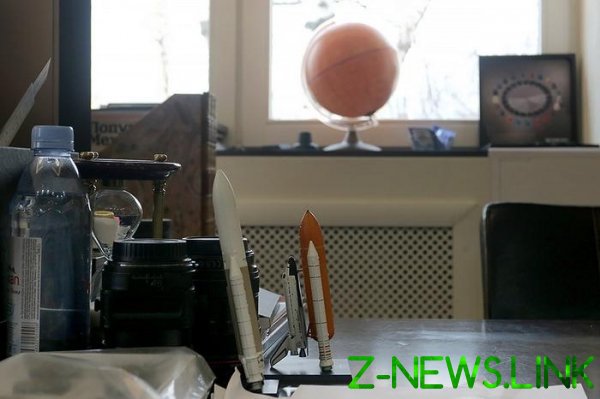 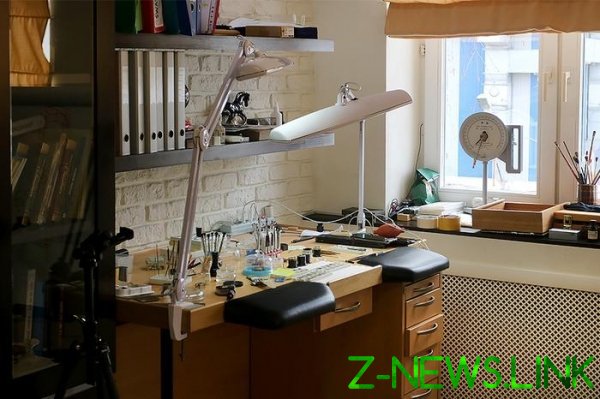 The designs are created using SolidWorks, and manufacturing using lasers and modern milling machines, but manual labor continues to be important because the plant in miniature, which manufactured most of the components of the housing and the mechanism called Manufaktura.

Production part of the factory repeats the usual areas that are known to almost anyone who is somehow faced with factory manufacturing: machining, grinding and polishing, electroplating, painting, Assembly, quality control Department… Unusual just that the whole “plant” is placed in several rooms on two floors, and some “shop” is a single Desk.

Familiarity with the production of watches began with the machining. 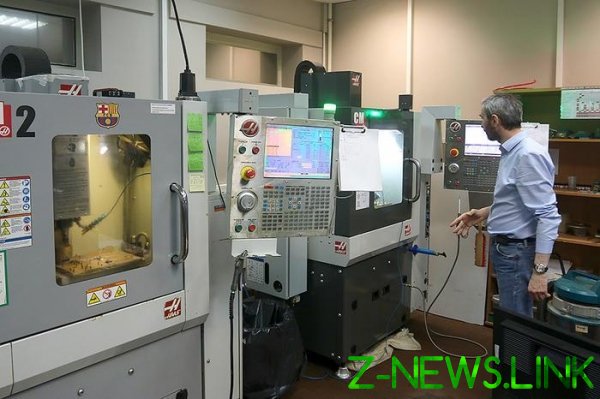 “Smart” milling now is no surprise, but Turner with a microscope, I saw for the first time. 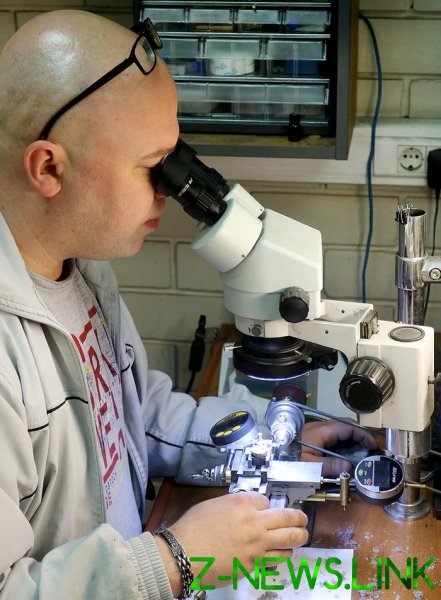 It’s really a full-fledged lathe, which allows the manufacture of watch parts with a very high precision. 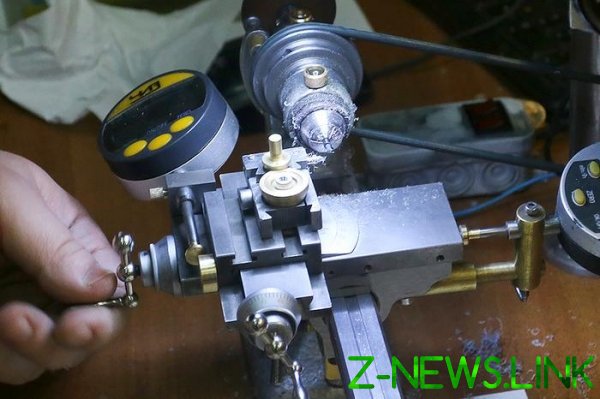 Hardening steel watch components are produced in an hour-long furnace, which is produced in Switzerland for common there watch manufactures. 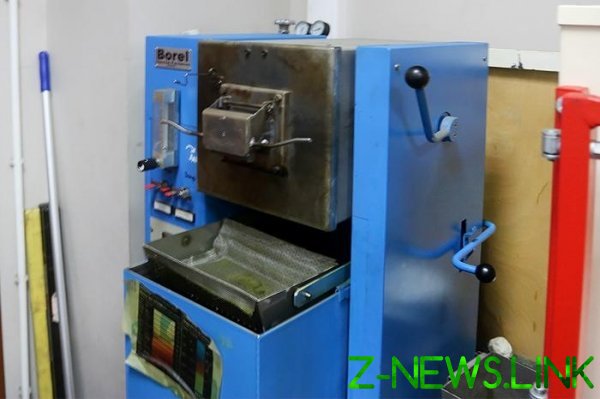 Next step: grinding and polishing. 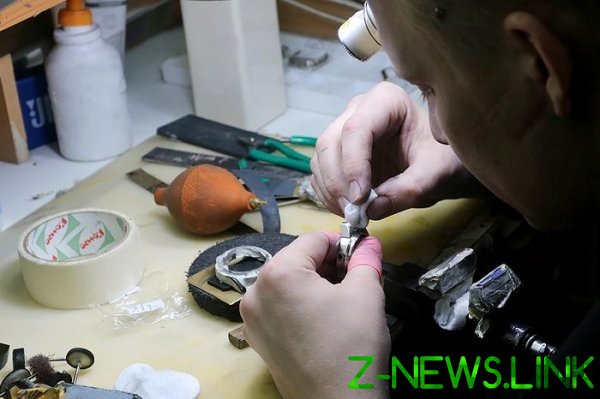 Electroplating “workshop” is more like a school experiment in chemistry class, but the tasks of coatings by electrochemical method watch parts various metals are successful. 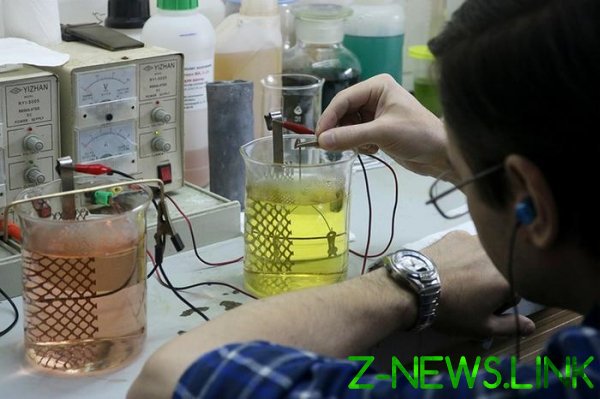 Next, you’ll paint where the hood Cabinet is applied to the colored coating.

Each phase of the parts pass the quality control. In the accompanying sheet made notes on the transactions with the signature of the responsible. 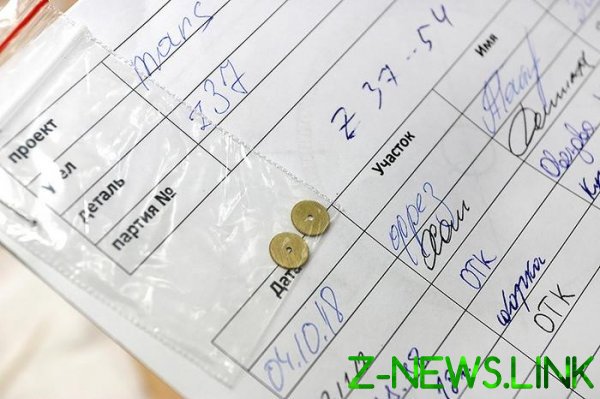 Please note, the photo is not the drives, it’s gears, but the teeth are so small that in the picture they do not to distinguish.

And here the collector doesn’t afternoon crumbs on the table, and the parts are ready to install into the product. 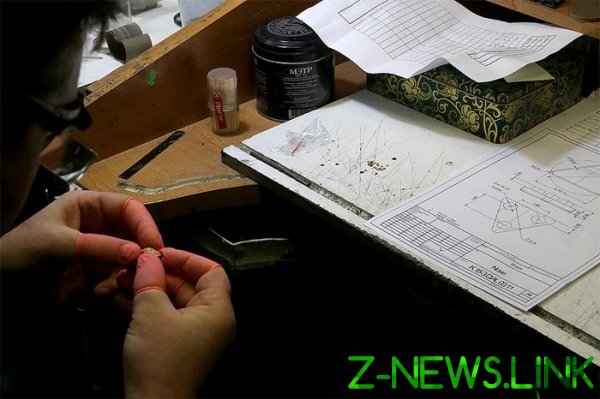 Interestingly, the theme of space is accompanied by a tour of the watch manufacture. It is seen that there is interest not only from the founder. 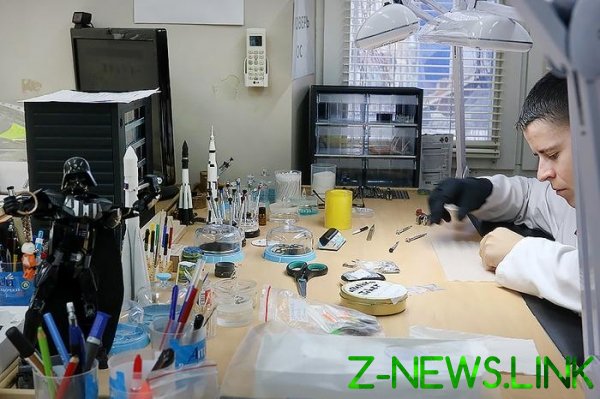 Assembly area hours reminded me of another factory site which I visited recently — manufacturing plasma thrusters “OKB Fakel” in Kaliningrad. Gather the engines are not much more than a wrist watch and work almost jewelry. 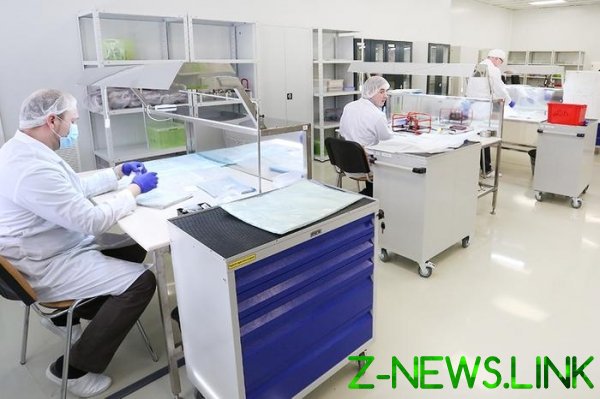 Konstantin Chaykin admits that watchmaking with jewelry there is an important difference — a jewelry skill allows the artistic freedom of creativity, watch require a strict observance of the technology and high precision of each product. However, due to the handmade nature of work, mistakes in manufacturing happen, and to quickly identify and work OTK. 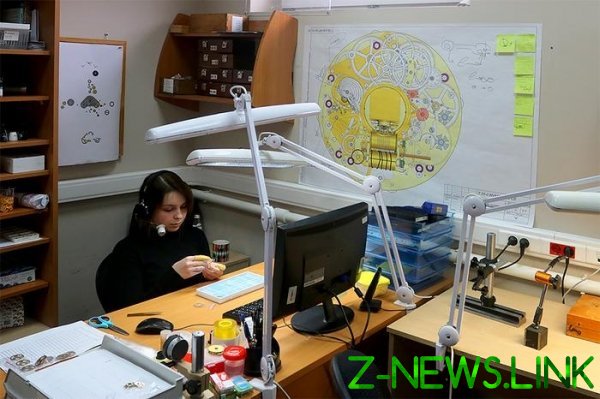 K. H
— At the stage of machining work. The manufacturing, control the size. But otherwise — you have hands and eyes. Tried to automate quality control by optical means, but the car can not cope. Look here, this is all faulty parts. Take a magnifying glass to see the marriage? K. H
For prototyping, Yes, but for the finished product of the required accuracy, they do not give. We have partners that are good at plastic and metal, tried with them, but printer not yet be compared with traditional methods of treatment. Z.
— For parts in the production can see that the main series is the Joker?

K. H
— Yes, our champion. Orders for the year ahead. Sustained demand, and even fakes started to come across on the Internet. Study, look, but to us they far.

Z.
— To expand production of thought?

K. H
— Yet unprofitable: to recruit and train people, to increase the area to put the equipment… With a steady order to work comfortably.

Z.
— Than close to the theme of space?

K. H
— It’s a childhood dream. I would like to touch in his work even so.

Z.
— Probably still a PR, there’s Omega 60-ies launches its clock and orbit the moon. Our astronauts not so long ago all the mandatory flying hours with this brand.

K. H
— It’s not just PR. Mechanical watch in space is really in demand. Not afraid of heavy charged particles, resistant to induced radiation and temperature extremes, working in a vacuum, do not require replacement batteries. This is especially true in the flight to Mars. Even the automatic in zero gravity works better, and the whole mechanism, due to the reduction of friction. And accuracy of modern quartz mechanics approaches.

Z.
— Have you already launched their watches in space experienced zero gravity?

Z.
— Speaking of the red planet, while Elon Musk has not built a giant rocket, your Martian watch will really come in handy to drivers of Rovers. In Moscow has a laboratory in the Institute of space research, they have instruments on Mars, and knowing the local time would be helpful. Soon the Rover ExoMars will fly. I worry that the wages of scientists will not allow… K. H
— We are preparing a simplified version, in the price category up to $10K, and with our Mars scientists I am ready to meet and to support their work.

Z.
— I will try to help to contact them. You can still carry out tests on weightlessness in suborbital start-up midget rocket on a ballistic trajectory. In Russia there are private owners: “Cosmocats”, “NBC missile technology”, I think he will be happy to order a test launch. “NTRC” this year promises a rocket, right up to space, it does not yet reach.

K. H
— Still interesting, you have to contact them.

Z.
— Thanks for the tour and the story!