Home / Society / How to achieve recalculation receipts for utilities

How to achieve recalculation receipts for utilities 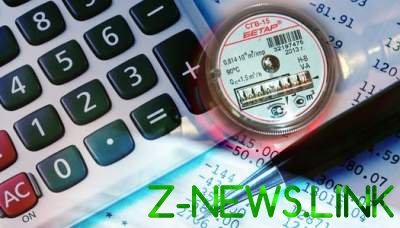 A guide to action.

Users of housing services, which paid more than the sum of real money promise to credit as an advance payment. Excessive amount of receipts is not uncommon, for example, charge 10 cubic meters of water used instead of four. The utility blame the consumers who supposedly do not submit meter readings on time, and therefore the amount they account for in advance.

How to achieve recalculation of receipts and return the money.

Complaints against businesses in the services Hospitible since the beginning of the year received about two thousand, and the majority of them overestimated the amount of receipts.

In order to achieve recalculation of the receipt for utility services, the consumer should contact the utility. If the treatment has not brought results, you should write a complaint to the state foods and consumer service. This service will make a request to the Ministry of economic development and trade, to permit inspection of the company, which received a complaint and decide so that the correct accrual.

“Kyivvodocanal” such inspections during the works was eight. The company said that since the beginning of 2017 to change the accounting system of payments, and asking consumers not to forget to submit monthly data about the used water, and also tell you if the set counter.

“When there is a failure, the consumer comes, gives us the information and we produce allocations”, – said the Director of Department of settlement “Kyivvodocanal” Valery Lyulin, noting that every month the system takes about 500 thousand a meter reading.

Until the end of 2017, the system promise to be adjusted, and users who have paid the amount more real, the money will be credited as a prepayment. If in terms of consumer refuse, you should go to court, says lawyer Serhiy Panasyuk. It is possible to claim compensation – but the court, as a rule, Ukrainians do not go, as a result have to wait long.