‘How they manage to keep going is incredible’: No K-pop concerts left Gen Z ‘SCARRED’ by pandemic, says Reuters 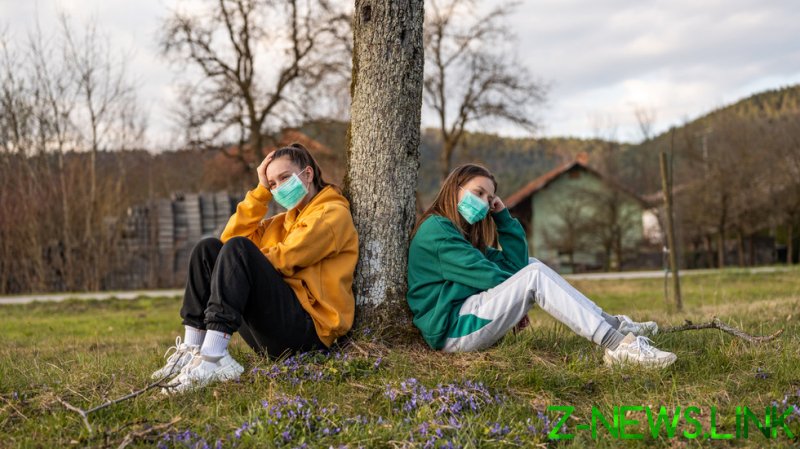 Imagine a world without K-pop. To some, this would seem a utopia, but for super-fan Lee Ga-hyeon, not getting to see her favorite group, BTS, this year, was a tragedy. “BTS is like a vitamin for me, but the coronavirus took it from me which made me really angry,” she told Reuters, describing her BTS posters, lookalike dolls, and bedsheets that adorn her home near Seoul.

Hers was one of 10 stories compiled by Reuters in a feature describing how members of Generation Z are concerned “that their lives may have taken a worse hit from Covid-19 than their predecessors, the Millennials, suffered after the 2008/09 financial crisis.” These young adults, Reuters explained, are at risk of “what economists call ‘scarring’, or long-term harm to earnings, training, career prospects and even mental wellbeing.”

Spare a thought too for Valeria Murguia in California, who saw her “modest income from crafting social media messages to help students stay healthy” dry up, or Xiong Feng, who no longer teaches an LGBT dance class in Wuhan, China.

Joking aside, the pandemic and ensuing lockdowns have certainly had a disastrous impact on these kids. Virtual college classes cut them off from a normally carefree period of socializing and learning, quarantine measures separated them from their friends, and some saw older family members fall ill or die. Some had to give up promising sports careers. To them, Covid and lockdowns likely trumped anything they had experienced before.

Yet commenters on Twitter were quick to point out that they weren’t the only ones suffering.

“Children around the world cannot get food and water for days, no electricity, killed in war,” one wrote. “Anyways let’s talk about how Gen Z got their lives turned upside down because they couldn’t attend K pop.”

Millennials chimed in to remind readers that they too had to move back in with their parents after the 2008 economic crash, and were treated to newspaper stories decrying them for spending their hard earned cash on avocado toast instead of saving up to restart the property market.

The economic impact of lockdowns is nothing to sniff at. The World Economic Forum predicted earlier this year that the world is heading into the worst recession since World War II, while Standard & Poors forecasted this month that although global GDP rebounded considerably in the third quarter of 2020, “it could still be months, or in some cases years, before vaccines allow a return to normal economic activity.” The recovery has not only been slow, but uneven. America’s billionaires grew their wealth by nearly a trillion dollars during the pandemic, while at time of writing, nearly 11 million Americans are unemployed and waiting on Congress to decide whether to hand them stimulus checks for $600 or $2,000.

Presumably, as the effects of a year of lockdowns drag on, news outlets will find a way to blame Gen Z for the sluggish economy, just like they did with millennials after 2008. As the world’s economy stutters back to life, perhaps K-pop tickets will become the new avocado toast.