How the USA saved Russia 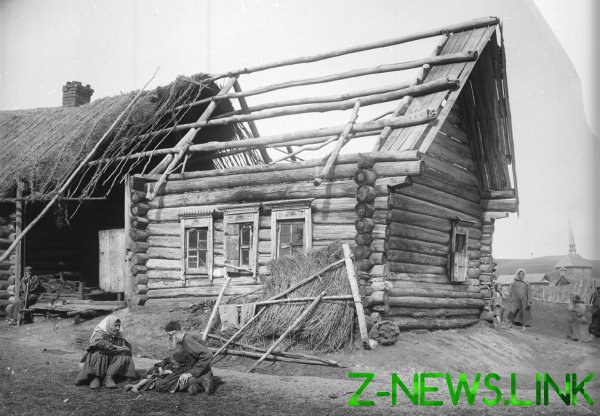 So, friends, today will be a post on a very interesting subject — about how the US repeatedly, for decades and even centuries saved Russia from a terrible famine. The saddest thing is that modern Putin’s Russia put everything on its head, and that America and Americans declared the main enemies of Russia. Not the Soviet government — which for decades has destroyed the people, arranged famines and send people to concentration camps (killing tens of millions), and America — which for decades helped Russia. Here is such a paradox.

All the facts, when the United States helped Russia and the Soviet Union, now carefully concealed propaganda media, but about the facts that it is impossible to hide because of their huge scale (like lend-lease) usually says this — “well, that helped us, but they helped us there, we ourselves would have done, went to the Americans in the ass!”. This behavior reminds me of a story about a homeless man that I had once said in the blog, my friend met on the Playground in the entrance of the homeless, and instead to expel him — fed him, watered with hot tea and gave the old jacket and the homeless instead of gratitude, took a shit under his door.

So in today’s post — the story of how the United States has many times saved Russia from starvation. Come under kat, there interesting. Well, friends to add do not forget)

How saved Russia in the XIX century.

Let’s start with how the USA saved Russia in the XIX century is to understand that salvation was not a one-off and reusable. In 1891-1892 years the bulk of the Russian Chernozem and Middle Volga region was hit by famine due to crop failure and weakness of farms in the area. Normal programs of aid to such crises in Russia in those years there was not, and in the villages of famine — which, moreover, is exacerbated by epidemics of typhoid and cholera, which arose because of the General low culture and lack of hygiene.

The photo below is the village of Parmeeva in the 1891-92 year, this is to help you understand about how was the life in those years. On the cover photo in the post, by the way, also captures the life of one of those villages. 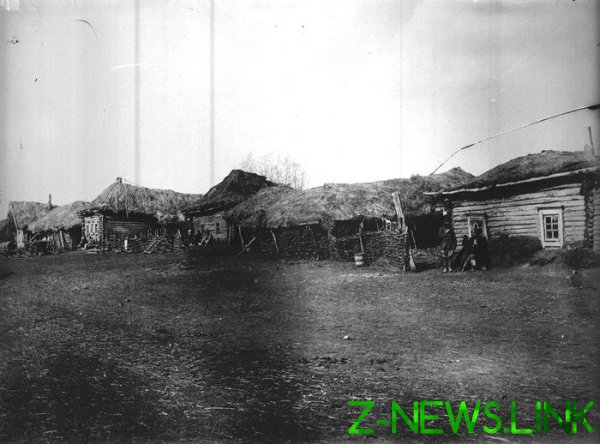 Knowing that people in Russia are starving, the United States has decided to provide large-scale aid to the starving. In several States — Minnesota, Nebraska, Iowa and Pennsylvania was organized committees to help the starving Russians, and later similar Committee was established in new York. Committees, performed charity concerts and performances, raising funds to help the starving Russians, and as a result, the fundraiser was attended by almost all segments of the population in the United States — from the rich to the poor.

The money raised funds, was formed the so-called “Fleet of hunger” — 5 huge ships loaded with wheat and corn flour, grain, vegetables, fruits, medicines and clothes. The first ship “Indiana” arrived in Russia in March, 1892, and brought 1900 tons of food. And yet, the US government introduced some Russian provinces financial assistance.

The event was so significant that the famous Russian painter Aivazovsky was dedicated to them two paintings, written in 1892. The first is called “Distribution of food”: 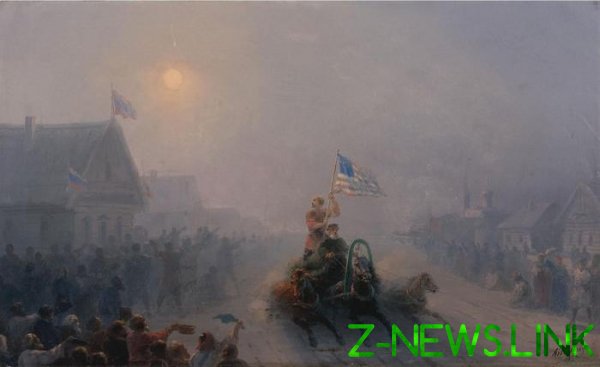 And the second “Ship”assistance. Onthis painting depicts the arrival of the steamer “Missouri” to Russia with 2800 tons of food on Board. 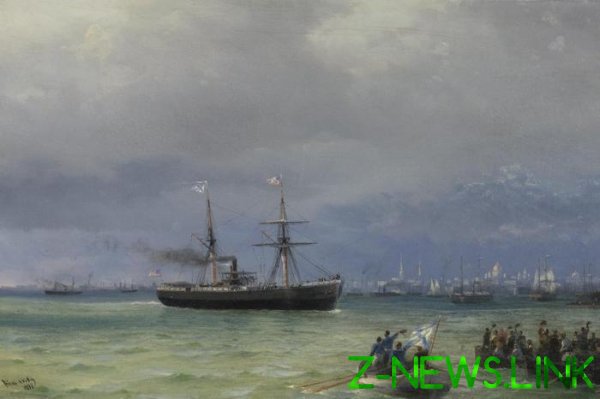 I am sure that in modern Putin’s Russia to the starving districts would not allow any Americans, and no vehicles, it is unworthy of a “great Empire” — the authorities told everyone with a smile that “it’s all right, everything is under control”, and then he would send soldiers with bags to clean up the bodies…

Famine in the Volga region and lend-lease.

It took only 30 years after the events described above, as Russia again famine struck, this time it was caused by incompetent, and often deliberately wrecking policies of the Soviet authorities who sought “to strangle the rebellious peasants”, sometimes in the truest sense of the word — people throwing gas bombs. According to official data, the year 1921-22 famine in the Volga region have claimed about 5 million lives.

America and again decided to help Russia collecting humanitarian aid for the sum about 80 million dollars (in today’s money this amounts in billions). Did this American mission ARA, which opened in the Volga region soup kitchens. So that was the mission in Russia those years: 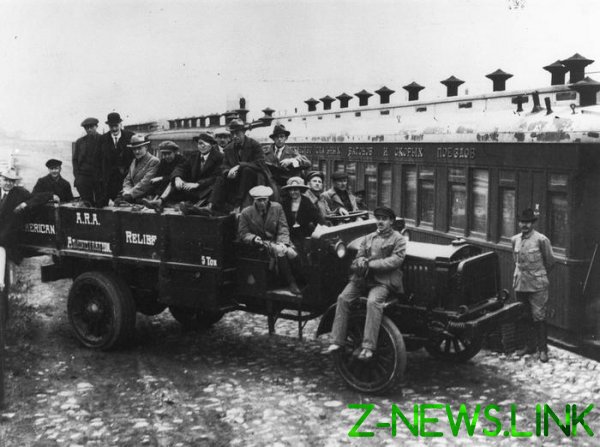 In addition to canteens, staff ARA handing out free food packages to the starving consisting of tea, sugar, flour, edible fats, rice, condensed milk and canned goods. Only during the years 1921-23 there starving Russians got from the “damned Americans” 1.163.296 such parcels daily, the Americans were fed from 7 to 10 million Russians.

That is interesting — then the Russians were much more grateful and understood that USA literally saved them from starvation. In this photo, 1922 — residents of the Samara region on his knees Blagodat Americans for the lives saved: 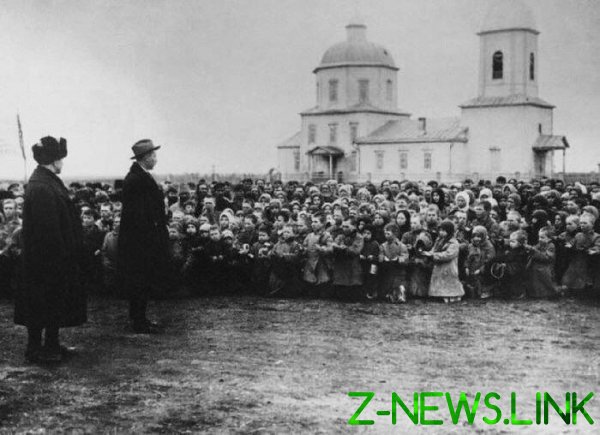 20 years after the Volga famine happened, the Second world war in which the US and again helped the “great and mighty Soviet Union” everything — food, equipment, medicine and stuff like that. This time assistance was delivered as much as 9.4 billion dollars (for modern figures amount multiply several times). About the lend-lease has been written very much, so I will confine myself to a short comment — during the Second world war, the United States once again unselfishly fed Russia many of the current Russians forgot. 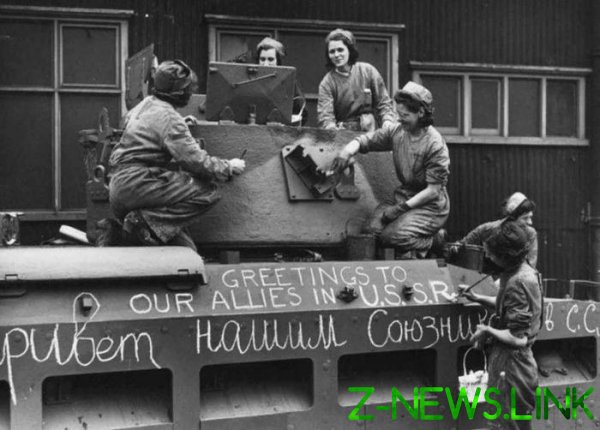 In recent years, the scoop in the Soviet stores were a terrible deficit — lacked even the most basic goods was about the same that is happening now in Venezuela — the scoop is the same everywhere and reproduces itself on all continents with Apothecary precision. USA and then came to the aid of the USSR, starting the delivery of humanitarian assistance — as agreed personally Mikhail Gorbachev with George Bush. That’s about how looked Soviet stores in recent years, the scoop, look like a prettier stores in the developed socialism! 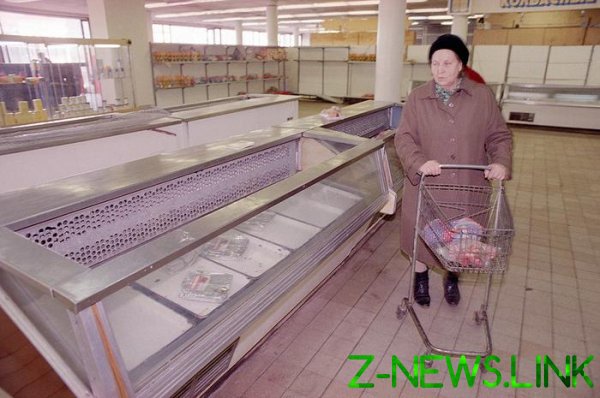 Speaking about the American humanitarian aid tend to think of “Bush legs” — but in fact chicken legs was only a small part of the aid — which was especially memorable because it was cheap and natural source of protein, later scoop even a simple product like chicken meat, was scarce. In addition to “Bush legs”, were delivered to the USSR dozens of types of flour and cereals, various cereal, canned goods, various types of milk powder and baby food. In many families, these American products were the only food in addition to sour Soviet bread “brick”. 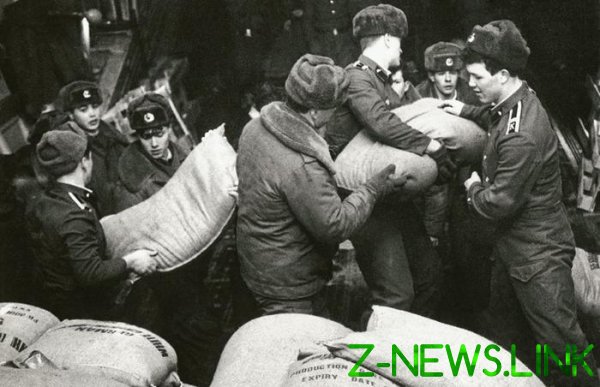 Ungrateful offspring. Instead of an epilogue. 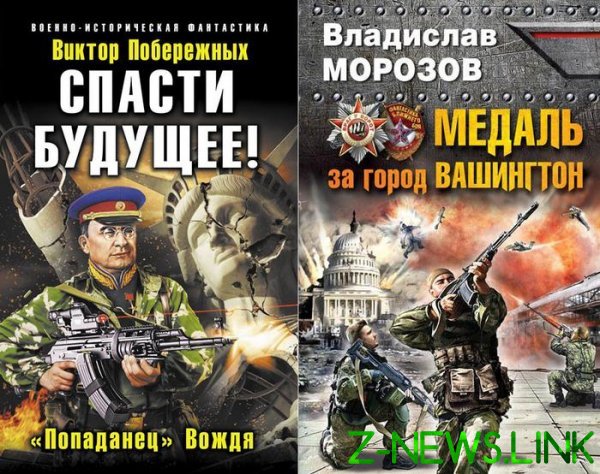 And here’s the paradox — now the main enemy of the Russians is not the same Soviet power, and America. A thankless descendants of the survivors, thanks to American help, stranded Putin’s propaganda, now I read books about “popadantsev” with titles like “Stalin’s assault on Washington”, then bitch fists in front of his nose — imagining how to fight with the Americans “for world domination”. And all this would be ridiculous, when would not be so sad…