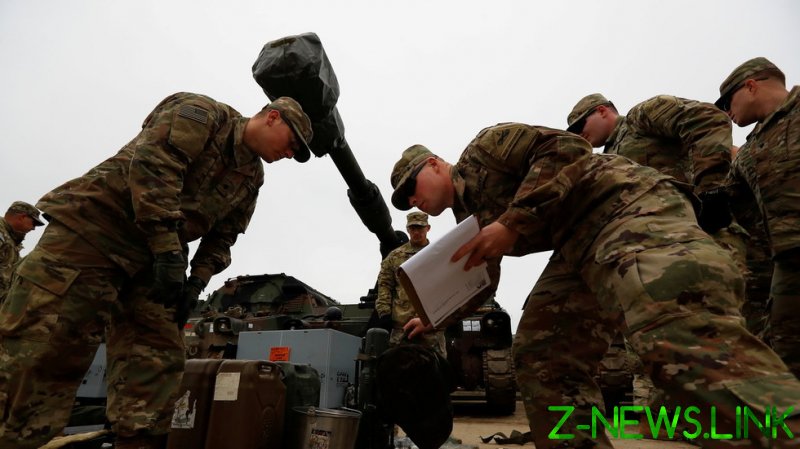 President Vladimir Putin said this week that the West was taking Russia’s warnings not to cross its “red lines” too lightly.

“We constantly express our concerns about these matters and talk about red lines,” he told a high-profile meeting of Russian diplomats. “Our partners are peculiar in the sense that they have a very – how to put it mildly? – superficial approach to our warnings about red lines.”

This isn’t the first time the Russian president has warned the West about Russia’s “red lines” and the consequences of crossing them. Last April, he declared, “We really don’t want to burn bridges,” adding that “those who mistake this stance for weakness need to know that Russia’s response [to any aggression] will be asymmetrical, swift, and harsh.”

“We’ll decide for ourselves in each case where the red line is,” he said.

Much of the geopolitical instability being witnessed in Europe today regarding Russian-NATO disagreements can be traced back to the so-called ‘original sin’ of NATO expansion, and the impact this had on the Conventional Forces in Europe (CFE) Treaty, enacted in 1990 to manage the reduction of the large land armies that had been assembled by the US and NATO on the one hand, and the Soviet Union and the Warsaw Pact on the other.

The perfidy of the US and NATO in violating multiple guarantees given to the then-Soviet President Mikhail Gorbachev in 1990 that NATO would not take advantage of the shifting geopolitical realities on the ground in Europe by seeking to draw into its umbrella former members of the Soviet bloc is on the record and well known. Perhaps less explored is the impact this wanton violation of what had been a critical Soviet “red line” had on the CFE Treaty. The combination of the dissolution of the Warsaw Pact and NATO expansion made the treaty as originally negotiated a largely moot document, its terms and the reasons behind those terms having been overcome by events.

To breathe new viability into the agreement, the parties to the treaty negotiated the Agreement on Adaptation to the CFE treaty, modifying its terms to meet the reality of post-Cold War Europe. But even here, NATO and the US could not respect their treaty-mandated commitments to Russia under the CFE Treaty, continuing to expand the military bloc’s boundaries to include the three former Soviet Baltic Republics of Estonia, Latvia, and Lithuania, none of whom were parties to the CFE treaty. When Russia insisted that the CFE treaty be modified to address this new reality, it was rebuffed by the US and NATO.

Concurrent with the expansion of NATO and the undermining of the intent of the CFE Treaty, the US and NATO cooperated on another venture designed to undermine Russian security. In 2002, the US withdrew from the Anti-Ballistic Missile Treaty, and almost immediately began working to have missile defense facilities installed on the soil of the military alliance members. The combination of NATO expansion, CFE Treaty nullification, and the installation of missile defense systems capable of shooting down Russian missiles prompted Moscow to suspend its membership of the CFE Treaty, which, in turn, allowed it to redeploy forces inside its own borders to meet these new threats.

For the United States, the revitalization of the Cold War dynamics of ‘us-versus-them’, when it came to Russia, was driven less by national security needs than domestic political reality. Having ‘won’ the Cold War, American political leadership was loath to be seen as anything less than fully victorious in its approach toward its vanquished former foe. But NATO expansion, while an act of geopolitical opportunism, could not generate the kind of ‘threat’ profile capable of sustaining an alliance premised on the need for a foe worthy of the expenditure of resources demanded. Russia circa 2000 was not a threat to NATO – and no amount of chest-thumping and posturing by the United States could alter that reality.

The disintegration of Yugoslavia empowered NATO to break free from the notion that it existed as a defensive alliance only. When the US turned to NATO to help with its military adventures in Afghanistan and Iraq,the bloc underwent an existential crisis in which divisions between ‘old’ and ‘new’ Europe were exploited by the United States. While France and Germany (i.e., ‘old Europe’) were wary of dispatching troops in support of the US invasion and occupation of Iraq, ‘new’ Europe, in the form of Poland, Ukraine, and Georgia, stepped up. And, as if to compensate for their shortcomings in Iraq, ‘old Europe’ fully embraced a nation-building exercise in Afghanistan that became subordinated to the Quixotic counterterrorism policies of the American-led Global War on Terror.

The splitting of NATO/Europe into political camps premised on their respective willingness to support American policy objectives that would traditionally fall outside the framework of a trans-Atlantic military alliance gave birth to a schizophrenic reality within NATO, where consensus was defined by the organization’s willingness to support American policy objectives. Afghanistan became the gold standard of NATO relevance, with both ‘old’ and ‘new’ Europe buying into the nation-building mission with a vengeance.

When NATO expansion led to inevitable conflicts with Russia over Georgia (2009) and Ukraine (2014), the trans-Atlantic alliance, distracted by Afghanistan, struggled to formulate a coherent response. When the NATO mission in Afghanistan collapsed in 2021, in the face of a precipitous US retreat, NATO went into a full-scale identity crisis. Both NATO and the US are facing a crisis of legitimacy when it comes to the raison d’être of the alliance in the aftermath of the Afghanistan debacle.

With no foreign adventures in play to justify its existence, NATO has once again sought to revive Cold War memories in its search for relevance. Given its history of behavior, it should come as no surprise that, in doing so, NATO and the US continue to repeat the trend of ignoring Russian concerns. The problem is, however, that NATO and the US have been in the business of violating boundaries for so long that they have become dangerously color blind when it comes to ascertaining the potential threat and possible consequences of their actions.