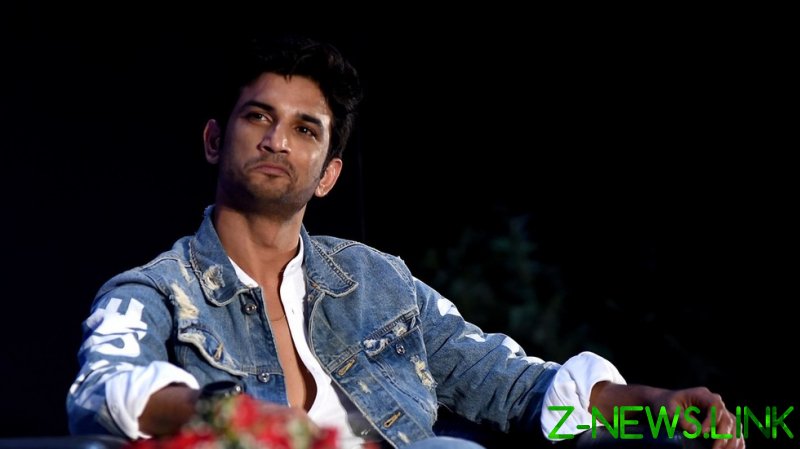 Plenty of unexpected events occurred in the wake of the pandemic, making 2020 one of the most volatile years ever. But one phenomenon that’s flown under the radar has been the shocking rise in suicides in the colourful world of India’s TV and film industry, Bollywood.

Within a matter of months, a dozen big-name Indian personalities all ended their lives.

The most high-profile case was that of superstar Sushant Singh Rajput, who hung himself from a ceiling fan in his Mumbai home. He was a massive box-office attraction, winning both awards and acclaim, yet ended his life, aged only 34, back in June.

However, his passing was portrayed in some circles as being suspicious.

Journalist and Bollywood author Karishma Upadhyay told RT: “There is a distinct lack of any conversation on mental health in this country; that was shown by the death of Sushant. People are ready to believe that witchcraft still exists today rather than believe a young, successful Bollywood actor could have mental health issues.”

The other stars who committed suicide also seemed, on the surface, to be prospering. Asif Basra’s final movie Big Brother hit cinemas in January, but by November he had hung himself.

The 53-year-old had been acting for over two decades.

V.J. Chitra was a TV actress and presenter, who got married in October but was found dead in a hotel room last month.

The body of TV actor and model Sameer Sharma, 44, was discovered by police two days after he hung himself in the kitchen of his Mumbai home.

Equally heartbreaking was the case of Sreedhar and Jaya Kalyani. Neighbours reported a smell emanating from their Chennai apartment and it emerged the brother and sister – both TV stars – had taken their lives together.

Upadhyay is well qualified to speak on events. She penned a biography of 70s Bollywood actress Parveen Babi, who struggled with mental health issues, and feels something must be done in the wake of the recent spate of suicides.

She said, “Parveen was one of the top actresses at the time and was schizophrenic, but nobody understood it. She never got the help she needed. What I saw with Sushant was a repeat. Some people refused to believe someone so young and powerful could have issues.

“Covid and the lockdown has made a big difference. Sushant was very successful but a lot of the others were those who survived job-to-job. With shooting of all kinds stalled, a lot of them lost their livelihoods.”

Upadhyay continued, “I spoke to one guy who is a background actor and he has started selling vegetables. He had to leave Mumbai and go back to his home region in the north.

“There were many others who turned to being security guards in buildings. It’s been really tough. For many of them, working is a way for them to deal with their issue. But when they are sitting at home with nothing to do, that’s when the demons come out.”

As with any industry, those at the very top are financially secure. But due to the size of the Indian TV and film sector, many have seen their lifestyles massively impacted by lockdown. A typical movie production would employ around 300 people, but due to Covid-19 restrictions that is down by almost half.

As Bollywood actors are feted in India, the loss of the celebrity lifestyle is difficult for some to deal with. Mass media consultant Soumyadipta Banerjee explained: “Bollywood actors and others connected with the film industry live a very active public life. They hardly get to stay at home because of their work commitments.

“Many of them are workaholics and, on top of that, they are always in front of the public and press. Dressing up, doing their make-up and making an appearance in front of a large audience is part of their daily life. Now, suddenly, if you ask these people to stay back home and not come out at all, it is bound to affect them.

Associate Professor of Anthropology at New York University Tejaswini Ganti agrees that the mental health of Indian screen stars is being ignored. She said: “What Sushant Rajput’s suicide and the completely tone-deaf media coverage and subsequent legal and political battles really demonstrated was the severe lack of awareness and understanding around questions of mental health – not just in Bollywood, but in India as a whole.

“The tragedy of his suicide was compounded by a lost opportunity to address the topic of mental health in India.

“Deepika Padukone, a prominent Bollywood actress, has been open about her struggles with depression on national media and has tried to raise awareness about the prevalence of depression in India. But Sushant Rajput’s family refused to acknowledge that he struggled with mental illness.”

There is currently no great outcry in India over the growing trend of celebrities taking their lives. This has been partly attributed to the silence of the families and, by extension, the fans of these stars, refusing to concede that they could have been blighted by mental problems.

Upadhyay added, “There is this taboo; when you talk about suicide it means the person was unhappy and there was something wrong.

“Some Indian families find that very hard, as it feels there’s a chink in their armour and they don’t want the world to know about it. This percolates down to their fans saying, ‘he was always smiling, how can he be depressed?’”

India is the world’s second most populous country, with 1.36 billion citizens. So, anyone with profile can generate a tremendous amount of attention, even if it’s only in local regions. This adds to the pressure. Dr Amandeep Takhar, a lecturer in marketing at De Montfort University in Leicester explained: “Certainly, there is pressure on all actors – the pressure and stress of fitting in and being seen at the right places. I would certainly say that Bollywood actors and actresses are under an enormous amount of pressure to have a six pack, or look good aesthetically.”

Another element worth considering is that those who seem to suffer more are ‘outsiders,’ in that they don’t come from a traditional Bollywood or ‘movie establishment’ family.

Dr. Takhar added, “If you are the child of an actor that is well established or has made a name for themselves in Bollywood or perhaps a director, then it is likely that there is a sense of comfort within the industry and you will be treated more preferably.

“However, if you are new to the industry and perhaps come from a more humble background, then the mental challenges are perhaps more difficult to deal with… How do you become one of the insiders? How do you accumulate the knowledge to conform? How do you know how to dress right?”

Production of TV and films has restarted in India. The country was under lockdown but, since November, shooting has got under way again, albeit with social-distancing rules. And, as the vaccine is rolled out, there is hope that people will be able to return to work and the spike in suicides should fall.

But, as production companies function with fewer crew and background actors, there are fears that they may no longer hire such a large number of people as before.

This may cause yet more pain for those already struggling with a loss of income and purpose.

Upadhyay reflected, “They can’t release anything in theatres right now, so producers are making less money so they can’t spend as much – this has all been a vicious circle.

“Hopefully something can be done to stop it.”