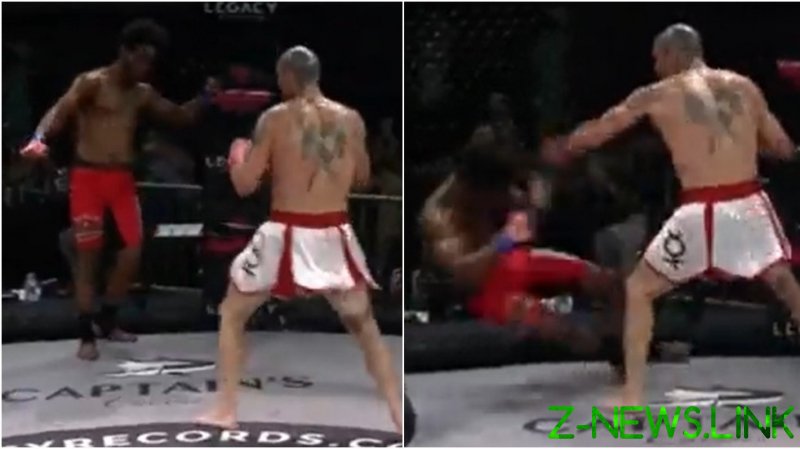 The outspoken Bennett has long been held as one of mixed martial arts’ most colorful characters owing to his penchant for wacky in-ring antics, as well as what might charitably be described as an “occasionally lax” approach to his fight career.

Bennett, who goes by the rather appropriate nickname ‘Felony’ after leaving his previous moniker ‘Crazy Horse’ behind him, occupies a unique position within the sport – with much of the headlines he generates centered around his extra-curricular activities rather than his results in the cage.

Bennett was finished inside the first round of their fight by Emerson, who hurt his opponent with a slew of punches against the cage before toppling Bennett with a stiff right hand.

Remarkably, according to the stats on Twitter this was Bennett’s 17th straight defeat in combat sports when you add his MMA, bare-knuckle and now bare-knuckle MMA ledgers together dating back to his last victory which came in 2016 – ironically against Wanderlei Silva protege Minoru Kimura.

And as one might expect, Bennett’s extended losing streak has left some fight fans with questions.

“Firstly, that ref is way too far away for how clearly rocked Charles is, he took extra unnecessary shots. Also what do we gotta do to get him some help?” wrote one fan online in response to the latest footage of Bennett hitting the canvas.