Home / Society / How life has changed Ukrainian drivers in 2017

How life has changed Ukrainian drivers in 2017 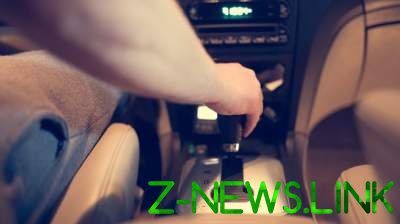 Everything you need to know.

In 2017, the Ukrainian authorities have made many decisions that influenced the life of the drivers in the country. We have collected the main changes that have touched everyone associated with cars.

26 October in Ukraine came into force the law No. 2109-VIII – it provides for increased fines for illegal Parking or stopping at places for people with disabilities – from 1020 to 1700 UAH.

Such a penalty is provided in case of stopping or Parking vehicles in handicapped spaces. In addition, according to the law, this fee is charged in case of misuse on the vehicle marking plate “a Driver with a disability.”

The same penalties – UAH 1020-1700 – threatening officials, which are not arranged on the grounds for Parking places for disabled or did it with violations.

Fines from 2040 to 2550 UAH is provided for the second violation officials that include areas for paid Parking, but not equipped Parking machines, automatic entrance and exit terminals or other means of monitoring the payment of Parking services.

The new rules of circular motion

The Verkhovna Rada on April 4 introduced common rules for crossing of the roundabout.

The law “On road traffic” made earlier missing norm: the advantage of driving on roundabouts accommodate vehicles that are already moving in a circle.

Changes in the law adopted due to the fact that not all roads are marked and road signs. Also in every city the rule of crossing the intersection with traffic circle, causing accidents on such sites.

New examination questions on the knowledge of traffic rules

The main service center of the interior Ministry this year has introduced a new examination questions on the knowledge of traffic rules.

In the new tests, the questions have highlighted, correct them in accordance with the current situation on the roads, more attention was paid to practical skills that will be useful to prospective drivers during the operation of the vehicle. The questions are grouped in accordance with categories of driver’s license. Thus, the drivers of cars, for example, do not have to answer questions related to the management of buses or trucks.

The maximum speed in the localities decided to reduce

Ordinance No. 883, the Cabinet reduced the maximum speed of vehicles in settlements of up to 50 kilometers per hour. Previously it was limited to 60 km/h. The decree will enter into force on 1 January 2018.

The government is confident that such measures will contribute to a significant increase in the level of road safety and saving people’s lives.

Another resolution of the Cabinet of Ministers provides for the issuance of the first certificate novice drivers for a period of 2 years with the exchange on a DC, if they have committed no more than two violations.

Pursuant to the resolution No. 885 of November 10, a driver’s license issued to a person for the first time, is valid for 2 years from the date of its issuance with limited right of control of the vehicle. This refers to the prohibition to exceed a speed of 70 km/h.

Exchange of driver’s license issued to a person for the first time, after the end of the period of validity is made without examination, provided that not more than 2 commit administrative violations in the field of road traffic.

The introduction of the standard “Euro-6” postponed

The Verkhovna Rada has postponed for two years, until January 1, 2020, the introduction of environmental standards “Euro-6” for import to Ukraine and the holding of the first state registration of imported or produced in Ukraine new and used vehicles. The relevant draft law No. 5624 on amendments to the law “About some questions of import on customs territory of Ukraine and registration of vehicles,” adopted as a basis and in General

Previously, the introduction of “Euro 6” planned by 1 January 2018.

“Euro-6” – the environmental standard regulating contents of harmful substances in exhaust gases of cars. Its introduction would affect the prices of new cars.

“The road” respond not only to traffic violations and public security, but also on reports of offences on the route of the patrol.

Responsibility for violation of Parking rules

In December 2017, the Verkhovna Rada endorsed the bill, which introduced high fines for violation of Parking rules and automatic fixing of violations.

In particular, it provides penalties for non-payment of service fees for the use of the services of paid Parking twenty-fold of the value of one hour of service.

According to the law, a resolution on imposition of penalty for offences recorded in automatic mode, can be imposed without the offender.