Home / WORLD / ‘How is it even possible?’ Russia questions OPCW after report claims team was sent to Germany the same day Navalny felt unwell

‘How is it even possible?’ Russia questions OPCW after report claims team was sent to Germany the same day Navalny felt unwell 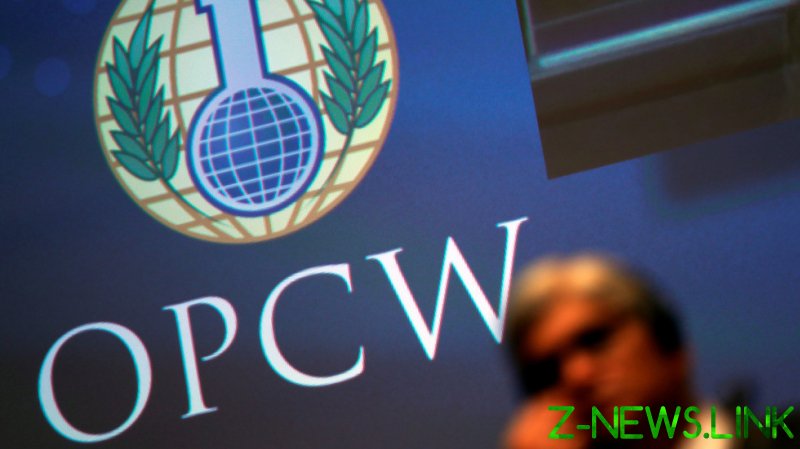 Russia will seek clarification from the Organization for the Prohibition of Chemical Weapons (OPCW) on its latest report, the nation’s envoy to the chemical weapons watchdog Aleksandr Shulgin has said. The document, presented at the 97th session of the organization’s executive council earlier this week, contains information on the body’s response to Navalny’s poisoning back in August 2020.

In it, the OPCW states that its secretariat “deployed a team to perform a technical assistance visit” related to the suspected poisoning of a “Russian citizen” at Berlin’s request on August 20. The problem is that on that day, Navalny was only flying from the Russian Siberian city of Tomsk to Moscow. It was on that flight that he first felt ill and was then rushed to a hospital in another Siberian city, Omsk, following the plane’s emergency landing.

Russia demanded that the OPCW explain “how this is even possible” and why the organization had previously told the participating states that its team was only sent to Germany in early September, Shulgin said.

According to the Russian envoy to the OPCW, the technical secretariat of the chemical weapons watchdog has so far failed to provide any answer to these questions. According to Shulgin, Russia has “lots of questions” for the OPCW and will seek “clear answers” to every last one.

The revelations also elicited a reaction from the Russian Foreign Ministry’s spokeswoman, Maria Zakharova. She said the glaring inconsistencies in the OPCW report only show that the Western nations, together with Navalny himself, are “going down” with their whole “chemical weapons poisoning story.”

Instead of answering Russia’s questions, the OPCW executive committee session saw another “drama” about Navalny’s “supposed poisoning with a chemical weapon agent,” Shulgin said. “Routine anti-Russian theses have become a ‘must’ for the NATO nations at any OPCW event,” he added.

After falling ill on a flight from Tomsk to Moscow, Navalny was hospitalized in Omsk and placed in a coma on August 20. The doctors in Omsk found no traces of any specific chemical agents in his body and concluded that his condition had been caused by a metabolic disorder.

Two days later, following a request from his associates and his family, Navalny was flown to Berlin’s Charite clinic. On August 24, German doctors said that the results of clinical studies indicated he had been poisoned with a cholinesterase inhibitor.

The OPCW has also now said that “biomarkers of the cholinesterase inhibitor” were found in the blood and urine samples taken from Navalny that were sent to its laboratories.

Navalny spent more than a month being treated in Berlin and has since repeatedly claimed that Kremlin “ordered” his poisoning. Meanwhile, a report published in British medical journal The Lancet suggested that it was the actions of the Russian doctors in Omsk that might have played a key role in saving the opposition figure’s life.

Russian President Vladimir Putin also revealed back in October 2020 that he personally asked Russian prosecutors to let Navalny travel to Germany. The opposition figure was under travel restrictions at that time due to a suspended sentence.

Berlin then also repeatedly stated that Navalny was poisoned with a ‘Novichok-like’ substance – a reference to the infamous chemical agent supposedly used to poison former Russian double agent Sergei Skripal and his daughter in the UK in 2018.

While authorities in Berlin cited evidence obtained by the German military as well as analysis from two laboratories in France and Sweden, Moscow has repeatedly pointed to the fact that Berlin never presented any material evidence of Navalny’s poisoning, and did not share any findings with Russian officials, despite at least four formal cooperation requests from the Russian Prosecutor General’s Office.