How India’s hunger for oil could transform the Middle East 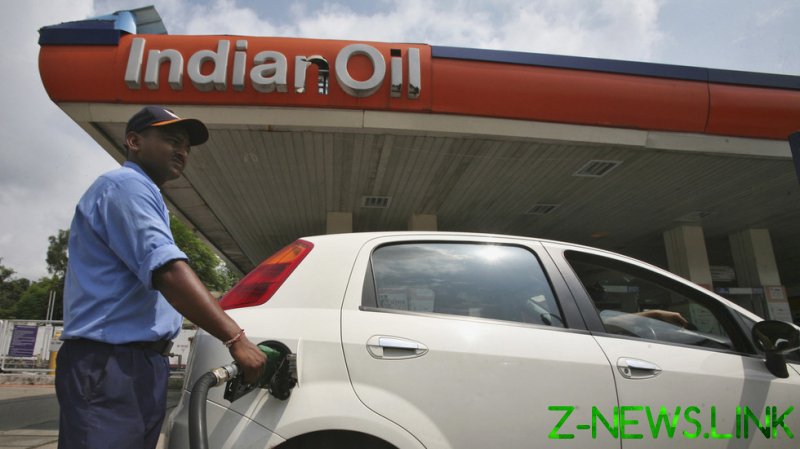 The release of a major report last week by the International Energy Agency (IEA) highlighting that India will make up the biggest share of energy demand growth from now until 2040 – ahead of China – comes at just the right time for the US’s new strategy to counter China’s rapidly increasing influence in the Middle East. The details of the IEA’s ‘India Energy Outlook 2021’ only add further weight to the credibility of the US’s attempt to portray India as a viable economic and energy-consuming alternative end user to China for Middle East oil and gas producers that side with the new US-Israel-Arab state alliances.

Specifically, according to the IEA report, India’s energy consumption is expected to nearly double as its gross domestic product expands to an estimated US$8.6 trillion by 2040 under its current national policy scenario (the equivalent of adding another economy the size of Japan to the world economy in less than 20 years). Particularly of note to Middle Eastern hydrocarbons producers will be the projection that India’s oil demand is expected to rise to at least 8.7 million barrels per day (bpd) in 2040 from about 5 million bpd in 2019, while its natural gas needs are projected to more than triple to 201 billion cubic metres. In explicit potential export dollars terms for Middle East oil and gas producers, India is set to see its net dependence on oil imports increase to more than 90 percent by 2040 from the current 75 percent, according to the IEA, and its net gas import dependency increase to around 61 percent by 2025 from just 20 percent only 10 years ago.

This outlook is perfect for the US’s new counter-China strategy that politically began most obviously with the signing in August 2020 of the US-brokered Israel-UAE ‘normalisation deal’. This deal announcement heralded that a new corridor of co-operation was being developed from the US (and Israel), through the UAE (and Kuwait, Bahrain, and in part Saudi Arabia) as a regional counterbalance to China’s growing sphere of influence. With Bahrain later following the UAE in making a similar normalisation deal with Israel, Washington has considerable room for optimism that further such deals can be made with the other GCC states, comprising Kuwait (already firmly in the US sphere of influence), Saudi Arabia (Crown Prince Mohammed bin Salman is believed to be broadly in favour of the UAE-Israel accord), Oman (toying with moving into the China fold), and Qatar (quietly co-operating with Iran over the South Pars/North Dome gas field). The remaining GCC states – Jordan and Egypt – already have similar pacts with Israel.

One key element of the US’s strategy was to provide a focal counterpoint for Middle Eastern hydrocarbons producers to China’s huge buying presence in the international oil and gas sectors, and this is where India comes into the equation. Much of China’s current turbo-drive expansion into the Middle East is predicated in the first instance on the energy sector, given that the oil industry, in particular, involves the movement of huge amounts of money, ships, equipment, technology, and personnel in often disguised ways – confidential bank accounts, intelligence and military personnel who can pass as high-level oil technicians or security people, ships that can disappear through the flick of an AIS switch and so on – that other industries cannot match for activities that countries wish to conduct quietly. Consequently, the starting point for the build-out of the US-Israel-Arab states alliance needed to be focused on the same demand-led power paradigm and this was why shortly after the announcement on the 13th of August 2020 of the US-Israel-UAE-deal it was also stated that the three countries now agree to co-operate in the fields of oil and gas and ‘related technologies’ (which, as China and Russia know in Iran, Iraq, and Syria, can mean absolutely anything). For this, the US needed a powerhouse of a country with limited oil and gas resources of its own that was set to see massive economic growth in the coming years with a corollary ballooning in oil and gas buying from abroad: cue India.

An extremely fortuitous additional factor for the US plan was an increasing willingness on India’s part to take a more aggressive approach towards its neighbor. In this context, the 15 June 2020 clash between some of its military units and those of China in the disputed territory of the Galwan Valley in the Himalayas reflected a much greater change in the core relationship between the two countries than the relatively small number of casualties might have implied. It marked a new ‘push back’ strategy from India against China’s policy of seeking to increase its economic and military alliances from Asia through the Middle East and into Southern Europe, in line with its multi-layered multi-generational ‘One Belt, One Road’ (OBOR) project. Until China dramatically upped the tempo of this OBOR-related policy – at around the same time as the US signaled its lack of interest in continuing its own large-scale activities in the Middle East through its withdrawal from the Iran ‘nuclear deal’ and its withdrawal from much of Syria – India had stuck to a policy of trying to contain China.

As a signal of the export dollar largesse that might come to a Middle Eastern oil and gas state that takes the US side against increasing Chinese influence in the region, India has already started to offer attractive benefits to selected companies from the countries that have already signed up to this new US Middle Eastern order, most notably so far the Abu Dhabi National Oil Co (ADNOC). This newly US-aligned group appears to be an ideal corporate proxy to advance such broader policy and power projection all the way up to China’s border through increased co-operation with India. At the moment, ADNOC – already the UAE’s biggest energy producer and OPEC’s third-largest oil producer – is pumping around 4 million bpd of crude oil but is aiming to increase this output by at least another 1 million bpd by 2030, and to increase its gas output as well. With all of this moving forward and, given the US endgame in securing India as a direct counterbalance to China in Asia, ADNOC’s chief executive officer, Sultan al-Jaber, has stated that he looks forward to exploring partnerships with even more Indian companies across the energy giant’s hydrocarbon value chain.

ADNOC has already been granted the unique status of currently being the only overseas company so far allowed to hold and store India’s vitally-important strategic petroleum reserves (SPR). In keeping with the developing scope of this relationship, India’s government recently approved a proposal that will allow ADNOC to export oil from the SPR if there is no domestic demand for it, in the first instance from the Mangalore strategic storage facility (the other major SPR pool being at Padur). This decision marked a major shift in the policy of India in the handling of these vital energy reserves, with the country having previously completely banned all oil exports from the SPR storage facilities. A further sign of this relationship between the US-sponsored UAE and India moving up a gear is the likelihood of ADNOC being ‘top of the list’ of foreign companies that would be considered to buy a substantial stake in the high-profile privatisation of major Indian refiner, Bharat Petroleum. Russian state corporate proxy, Rosneft, had expressed an interest in buying the Indian government’s 53.29 percent in the company as recently as the middle of 2020 – following a visit to New Delhi in February by Rosneft’s chief executive officer, Igor Sechin – but these overtures have now been sidelined by India.

As far as the UAE is concerned, it would fit well not just into the broader geopolitical manoeuvring that is going on but also – commercially – into the swathe of deals being planned with Indian companies in the UAE. This was underlined by al-Jabber at the end of 2020 when he said: “Today, Indian companies represent some of Abu Dhabi’s key concession and exploration partners…[and] As we continue to work together, I see significant new opportunities for enhanced partnerships, particularly across our downstream portfolio.” He added: “We have launched an ambitious plan to expand our chemicals, petrochemicals, derivatives and industrial base in Abu Dhabi and I look forward to exploring partnerships with even more Indian companies across our hydrocarbon value chain.” This longer-term view accords with the outlook given at around the same time by India’s minister of petroleum and natural gas, Dharmendra Pradhan, as he stated that India’s demand for refined products is expected to rise dramatically, requiring a 40 percent increase in the its refining capacity to 350 million tonnes a year or 7 million bpd by 2030.