Home / auto / “How do you like Elon Musk”: BMW and Porsche have created ultra-fast charging station

“How do you like Elon Musk”: BMW and Porsche have created ultra-fast charging station 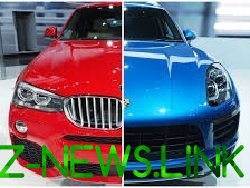 Automotive companies BMW and Porsche unveiled a charging station for electric cars, is able in less than three minutes to charge car batteries at 100 km. This development could be an important step towards the widespread proliferation of electric vehicles as a relatively long charging time remains one of the obstacles in the way of rejection of the usual petrol and diesel cars.

According to Bloomberg, the new charging power is 450 KW – three times more than the charging of Tesla’s Supercharger. During testing, the test charge electric vehicles were able to charge 80% in 15 minutes, then Supercharger provides the same result in about half an hour.

According to the report, the development of new charging station was attended by the engineers from Siemens and the companies Allego and Phoenix Contact E-Mobility. The first charging station of the new type opened up for them in Bavaria in the environment, and to enjoy it.

The challenge is to ensure fast charging of electric vehicles connected with the battery overheating due to too much current. To solve this problem, engineers have created a cooling system that maintains a stable temperature of the battery and the charging cable during charging.

We will remind, last week the Director of development at Volkswagen, Michael Jost announced that petrol and diesel engines of new generation, which the group released in 2026, will be the last for the company, and to replace them with electric motors and appropriate platform for electric vehicles.

It is expected that the first production buggy on the platform of the MEB will be a compact hatchback Volkswagen ID, which should reach the market in 2020.