Home / WORLD / How did Fox News become the voice of reason?

How did Fox News become the voice of reason? 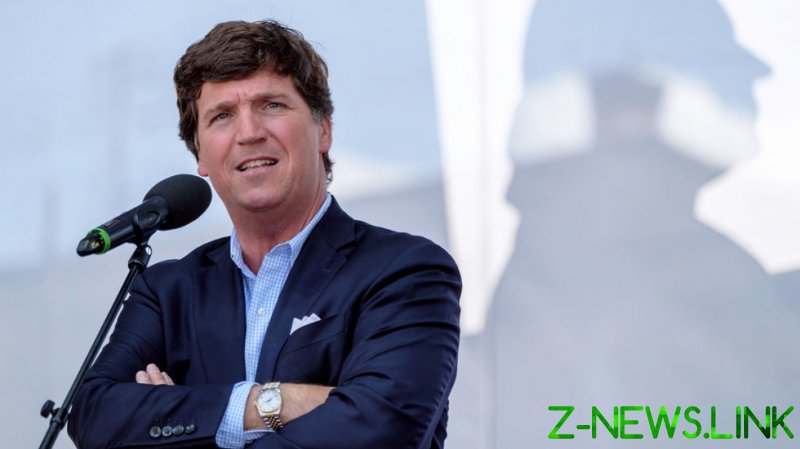 Imagine traveling back in time 20 years and explaining the current US geopolitical predicament to someone in 2002. They’d easily believe the country’s leadership is barreling headlong into a war it can’t win for reasons it hasn’t adequately explained.

But the American of 2002, if you could pry him away from ‘CSI: Miami,’ would find it shocking to flip on the news networks and find the sole anti-war message at prime time coming from Fox News, and the loudest pro-war shrieking coming from the liberal CNN and MSNBC.

As the Biden administration seriously entertains the prospect of war with Russia over Ukraine (the latest bright idea from the White House is to funnel arms to Ukrainian paramilitaries, Syria style), that’s exactly what’s happening.

Fox News host Tucker Carlson opined at length on Tuesday night against going to war over Ukraine, arguing that such a conflict would be “incredibly destructive.” Carlson’s guest, analyst Clint Ehrlich, expounded on this, stating that bringing Ukraine into NATO – the plan that triggered the current descent toward war – would not serve US strategic interests, or those of NATO itself.

“It’s not just nuts. It’s dangerous. We’re sleepwalking toward a conflict with a country that has more than 4,000 nuclear weapons,” Ehrlich told Carlson. “It’s just shocking that people are not more upset by this.”

Once considered a sewer pipe of neoconservative jingoism, Fox News is now anti-war – or at least its top-rated host is. On the liberal networks, things are different. MSNBC’s Joe Scarborough – a man who once accused “the Russians” of killing Jeffrey Epstein – practically pounded his fists into the news desk earlier this month, demanding that President Joe Biden “move aggressively” against Russia.

“We’ve got to be aggressive in our defense of our allies. And Ukraine, despite what you hear from Putin propagandists … we have to defend our democratic allies,” he said.

In print media, rehabilitated warmonger John Bolton is in the Washington Post calling on the US to send troops to Ukraine “and possibly Georgia and others,” Jonah Goldberg is arguing in the LA Times that even meeting with Vladimir Putin is “a concession” to Moscow that the US should avoid, and The Guardian – the favored read of soy-eating peaceniks – is publishing rosy profiles of the brave Ukrainian civilians “ready to resist” a Russian advance because they “don’t like dictators.”

Even the relatively centrist Wall Street Journal ran a column this week arguing for the formation of “an American and coalition force to defend Ukraine,” presumably forgetting that such almighty international coalitions were humiliated by shoeless goat-herders in Afghanistan and Iraq, never mind in mechanized combat against a rival superpower.

The picture is clear: when it comes to Ukraine, pundits and commentators from the establishment left to the neocon right only disagree on how quickly and strongly the US should wade in to stop a potential Russian invasion of Ukraine. Only Carlson, considered far-right by American liberals, is in complete opposition to US involvement.

It’s a fascinating flip of the script from the post-9/11 media landscape, in which dissent was primarily the domain of the left. The role-reversal serves as another reminder of the ongoing realignment happening in American politics, largely triggered by the ascent of Donald Trump. Campaigning on a platform of “America First” isolationism, Trump wrested control of the Republican Party away from the war hawks and interventionists, many of whom flocked to the liberal media to complain about him. Max Boot, Bill Kristol, and the washed up warmongering sexual predators who staff the Lincoln Project all found new homes in liberal media outlets desperate for someone, anyone, willing to sling mud at Trump.

The sizable pro-war faction remaining in the GOP now face a much frostier reception when they try to peddle foreign conflict to Trump’s base. When Ohio Congressman Mike Turner attempted to win Carlson over to the idea of sending arms to Ukraine back in November, he was verbally annihilated by the Fox News host.

Noting that many military families watch his show, Carlson told Turner, “I wonder if you could explain to them why it is in America’s interest that their kids risk their lives in Ukraine … why should the average American care about the territorial integrity of Ukraine, sincerely?”

Carlson is the most-watched cable news host in America. However, he has little to no influence on the liberals who put Biden in the White House, and only a fundamental swing in their opinion will convince Team Joe that conflict in Ukraine is too politically costly at home to pursue. The fact the sole anti-war voice on prime time cable happens to belong to a man whom liberals believe is a “white supremacist” will only harden their resolve to send Americans to fight and die in Eastern Europe.

Moreover, after spending the last five years listening to intelligence agency ghouls sound off about Russia every night on CNN and MSNBC, they may very well have no interest in reaching peace with Putin in the first place.

One can only hope that the Biden administration fails at agitating for war over Ukraine the same way it failed to “shut down” the coronairus, curb runaway inflation, and convince a third of Americans of its own legitimacy.