How did America’s media establishment seize responsibility for deciding what constitutes ‘reality’? 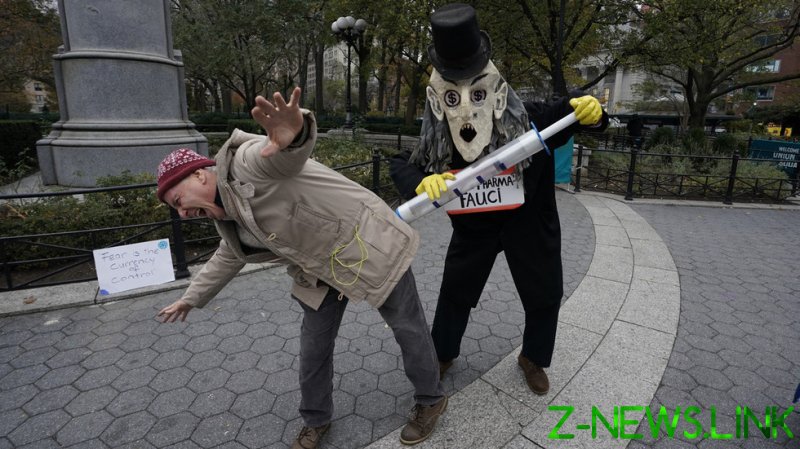 When one hears the ‘papers of record’ lamenting the rising tide of ‘fake news’ and ‘disinformation,’ one is listening to these corporations complaining about the need to bolster the quality of their output, as if it’s an unthinkable chore to actually deliver good work, check facts and confirm sources. Why bother with accuracy or utility when one’s government benefactors are willing to step in at the last minute and throw the competition under the bus?

Faith in Big Brother’s willingness to toss out a last-minute lifesaver has bred a profound laziness into the American media establishment – a phenomenon some have dubbed ‘truth decay’ – that has wrecked not just its quality, but its believability. The media establishment, effectively dominated by just six companies – Time Warner, Disney, News Corporation, Comcast, Viacom and CBS – survives to fight another day, but at what cost? Even the most amateur-hour alt-media enterprise comes off more believable than an article from the Washington Post or the New York Times, which bear up each other’s falsehoods only to see themselves further discredited, driving their former audiences into what they insist on dubbing the ‘fringe’ – outlets populated by their own former employees who, no longer capable of looking themselves in the eye after a workday spent lying furiously to their public, are abandoning their former employers like rats deserting the proverbial sinking ships.

Grown fat suckling at the government teat, these companies categorically reject the notion that they should have to work for a living like those laboring in other industries. After all, as they see it, the government needs establishment journalists if it is to survive. Would millions of Americans be willingly lining up for their Covid-19 vaccinations if the chemical brews in question weren’t streaming accolades from America’s Favorite Doctor (according to the same six media companies), Anthony Fauci?

The media companies do have a point when they demand all the perks Big Daddy Government has to offer.

But the media establishment is just one of many rigged industries awaiting a swollen paycheck as the world’s largest Ponzi scheme unravels before the cognitively-dissonant eyes of Our Democracy™. The good old dollar isn’t buying what it used to, and all the industry spin in the world can’t make a silk purse out of the sow’s ear that a year of furious money-printing has turned the dollar into. It’s not clear how much longer those eyes will agreeably refuse to see the nasty business unfolding in front of them, but the media establishment’s pantomime is absolutely integral to the process of keeping the fabulous fiction of America’s own Potemkin Village going, and the government knows better than to try to stop the show with the acrobats turning and twisting in mid-air, their every move documented feverishly by the sainted scribes of the New York Times and Washington Post.

There are ‘pragmatic’ solutions in the works, the kind of ugly realities Our Democracy™ has increasingly been forced to embrace as it trades in its warm fuzzy reputation for the unpleasant realities more commonly found in the dictatorships it routinely forces on other nations – austerity-laced setups deposited with all the turd-in-a-punch-bowl charm of a Henry Kissinger or a Victoria Nuland.

The Journalism Competition and Preservation Act was heard on Friday in the House, ringing of a desperate attempt to save the phony reality so sloppily crafted for the US by the media establishment. This legislative legerdemain would further strip away what’s left of the remaining reality of the US as depicted in its media, allowing the journalistic establishment to spit even more vigorously into the face of antitrust law by forming a quasi-official cartel. And this would permit Big Brother and Big Tech to unite in pushing even more censorship down the throat of the American people, curb-stomping what’s left of the First Amendment with the acknowledgment that the media establishment is at its heart nothing more than a direly-needed bulwark against “misinformation.”

The media establishment would thus be named an “essential part of Our Democracy™,” an integral part of the nation’s identity requiring nothing less than a bailout to be rendered exempt from Congress’ antitrust exemption – meaning any alt-media needles floating too close to the establishment must be blunted and put away indefinitely, lest the reality-bubble be popped for good, spewing misinformation all over the place.

And what’s misinformation? It’s recast not as a smattering of falsehoods to be dispelled by intrepid reporters getting to the bottom of The Story, but as a trenchant herd of inconvenient truths, arranged by malevolent forces to diabolically serve a purpose that does not line up with the establishment narrative. It no longer matters who has unleashed these facts – the fact that they exist and are sitting between the establishment narrative and the goals of the state is the problem, and the state’s own media apparatus must be put to work exterminating them posthaste. The pathetic failure of the American media apparatus to take on Big Bad Disinformation is the problem to be solved, and any news source that does not bow and scrape before the establishment model must be put down like a rabid dog before someone gets hurt.

This isn’t a new problem for the US, of course – ever since “fake news” was unleashed upon the world stage as the latest villain in the rogues’ gallery, those with their fingers on the pulse of the NewsCorpse have known which way the wind is blowing. The ensuing years have borne witness to the wildly unpretty sight of the global media establishment attempting to wrestle reality back into its too-small burlap sack, daring the wider literate population to call its bluff. Afraid of the implications should NATO’s falsehoods be exposed, the perpetrators of the Big Lies have dared onlookers to speak up, and for the most part have maintained the upper hand.

But that hasn’t stopped those currently wielding the Big Lies from feeding off the confidence they create. Graham Media Group CEO Emily Barr argued on Friday that local TV and radio stations represent a “civic bond” keeping communities together, insisting the Journalism Competition and Preservation Act should be passed “swiftly” because of the dangers of “misinformation” posed by alt-media truth-tellers and News Media Alliance CEO David Chavern echoed her arguments, declaring the rotten-to-the-core media establishment to be “an essential part of Our Democracy™” that was “under threat” and required a vital congressional bailout. What precisely will be accomplished by reanimating these rotting corpses remains to be seen, but the choreographers no doubt have a few more tricks up their sleeves.