Home / Movie / How Deadpool looked in the overlook

How Deadpool looked in the overlook

…and obviously walk on it in their usual manner – smashing and breaking everything in its path.

Yes, chatty immortal anti-hero of Marvel comics – not one of those who blindly reveres authority. On the personal pages of the volumes of Deadpool already dealt with the classics of literature, with the American President himself! No wonder that in one of the many universes tireless mercenary brought in the snowy Colorado mountains, straight to the overlook hotel from the novel by Stephen king “the Shining” and the eponymous film adaptation by Stanley Kubrick. Not so long ago we took a walk through this magnificent building with gamers, constructed the hotel in the game “Minecraft”. Now it’s Deadpool and showed the local spirits where Wolverine winters. What helped him the artist Marco D’alfonso. With pleasure would read such a comic! 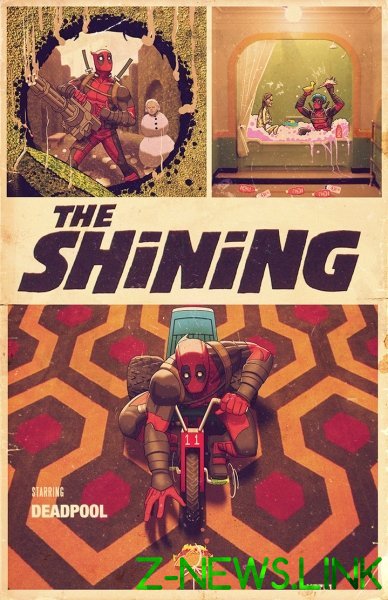