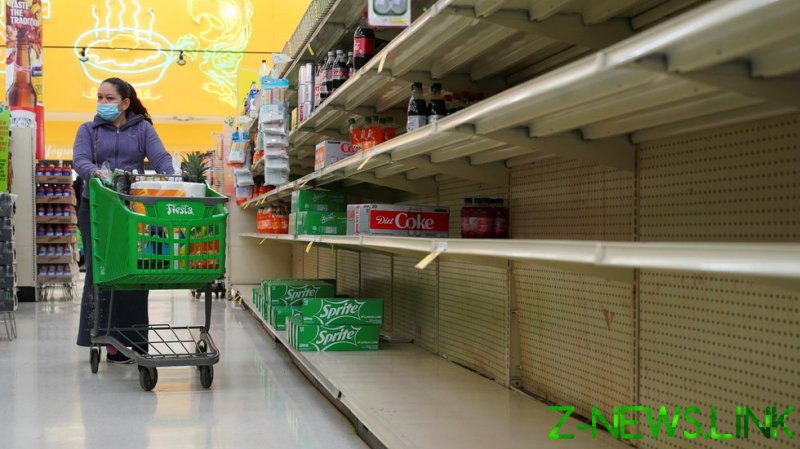 Veteran media fearmongers have spent the last two years predicting the imminent doom of a society deprived of hairspray and baked beans in some sort of great retail apocalypse, the likes of which our materialistic society hasn’t seen since the Great Depression. But according to these chroniclers of collapse, this latest promise of famine is no mere Toilet Paper Shortage of 2020.

According to CNN business writer Nathaniel Meyersohn, the coming wave of retail doom will make all previous shortages (real and imagined) look like child’s play. The would-be anthropologist has divided our lives into a pre-pandemic “Before Times” and the current New Normal, while reassuring the virus worshipers that Covid-19 and the disruptions it brought aren’t going away any time soon.

However, Americans have been hearing Chicken-Little-esque stories of food shortages since the pandemic began, which has not exactly inspired confidence in the words of the authorities any more than the predictions of millions of Covid-19 deaths within the first few months of the virus – calculations based on a faulty model.

This time, however, the sky may actually be falling. While some aspects of the prophecies shared by Meyersohn and his ilk are self-fulfilling – stores putting up Christmas displays earlier than ever are signaling to customers that they’d better do their shopping now, triggering dozens of stories about how festive goods are flying off the shelves at an unheard-of rate and sending shoppers into a panic – others are not so easily put to bed. Suspicious toilet paper shortages can be triggered at the drop of a hat, even though it’s one of the easiest and quickest consumer products to manufacture, and the onset of another TP Tsunami can be reliably interpreted as a signal that a country is to begin panicking immediately.

The problem this time around, however, appears to go deeper than neurotic marketing fails and cheap appeals to the fight-or-flight response. Despite throwing up industrial-strength information blockades, narrative managers are no longer capable of covering up logistical snarls like truckers’ strikes, both in the US and in its Five Eyes allies.

Some drivers’ unions oppose the mandatory vaccination regime imposed upon them by President Joe Biden, on top of the usual list of grievances, and they are joined by factory workers like those at the Kellogg Company in demanding better working conditions. With both corporate and rank-and-file workers convinced they have leverage against the other, the power struggle is likely to continue for months, to the disadvantage of the American people.

While it’s tempting to write off these manmade “shortages” as part of the seemingly endless array of pandemic-related fictional catastrophizing, they are very real. Photos of empty shelves at Walgreens, Rite Aid, Stop & Shop and other American drugstore and grocery chains are all over the internet, depicting sometimes puzzling absences – do potato chips really have such a high resale value? – and giving rise to a multitude of theories.

Not all the absences are silly, of course – the vitamin aisle is frequently picked clean for reasons that should be obvious during a disease outbreak – but the disappearance of kids’ toys from Walgreens shelves in Brooklyn, along with similar runs on non-perishable goods like bug spray and Ensure shakes, indicates there’s more at hand than needy locals stuffing their pockets out of desperation. 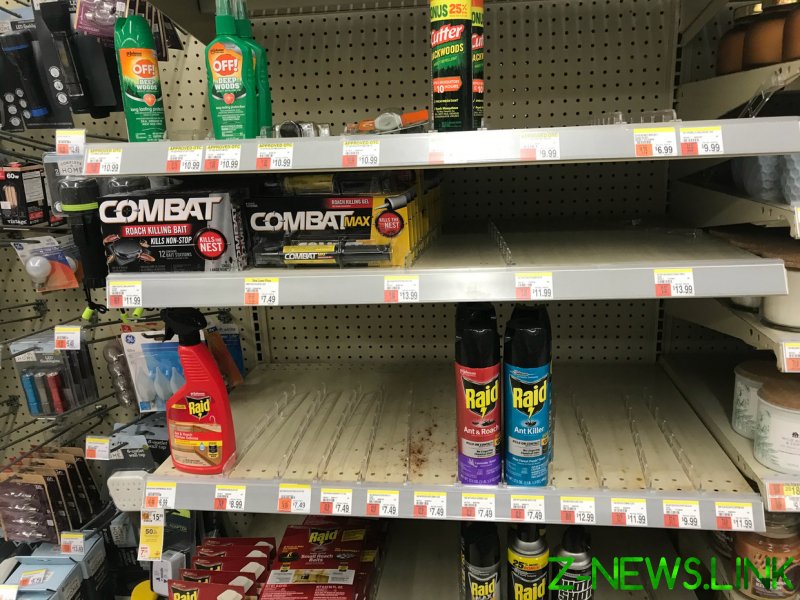 Many, particularly on the right, have blamed a ‘shoplifting pandemic’ for the supply shortages, arguing New York is going the way of San Francisco – where a lenient justice system and a massive drug epidemic have collided to produce a sprawling quasi-organized criminal underclass. Retail executives in New York have told The Wall Street Journal that these crime rings boost merchandise by day and sell it via e-tailing megacorporation Amazon by night, sparking the worst level of retail theft since records began in 1995 – a crime spree that has generated as much as $45 billion.

Certainly, the Cuomo and now Hochul administrations have created problems for themselves with virtue-signaling “catch and release” programs that incentivize shoplifting by allowing offenders to return to society the day of their arrest, often without paying a penny in bail. And it’s hard to teach repeat offenders that “stealing is wrong” when everyone from the lowest junkie to the highest central banker is lining their pockets with ill-gotten gains with no tangible adverse consequences. Nine of the inmates Hochul freed from the city’s Rikers Island prison with great fanfare last month have already been re-arrested, and many of those who are finally picked up for shoplifting are found to have dozens of arrests on their records already – and are soon released to steal again.

And law enforcement is engaged in its own semi-involuntary stand-down as many police unions draw the line at mandatory jabs. Even the most egregious bootlickers are forced to choose where to place their loyalty – the (corrupt) government or the (corrupt) corporations that call upon the New York Police Department to do their dirty work? And even if cops desperately want to enforce anti-shoplifting laws, the New York state government has made that a lot more difficult, forbidding prosecutors from setting bail in petty larceny cases. What constitutes “petty” depends on the jurisdiction, but in San Francisco, anyone walking out of a store with $999 worth of goodies is permitted to go on their merry way.

New York’s supply chain issues, along with those of the rest of the country, are unlikely to go away anytime soon. Meanwhile, the government would be wise to stop shooting itself in the foot by demanding those workers who do show up with a willingness to work aren’t chased out with pitchforks and red tape for refusing the vaccine. While the ruling class may think it has control of the situation, there are more truckers, more nurses, more drugstore cashiers and more angry working-class Americans than there ever will be of their ruling class counterparts. The fallout will be less Chicken Little than game of chicken, and no matter who flinches first, the American public ultimately loses.