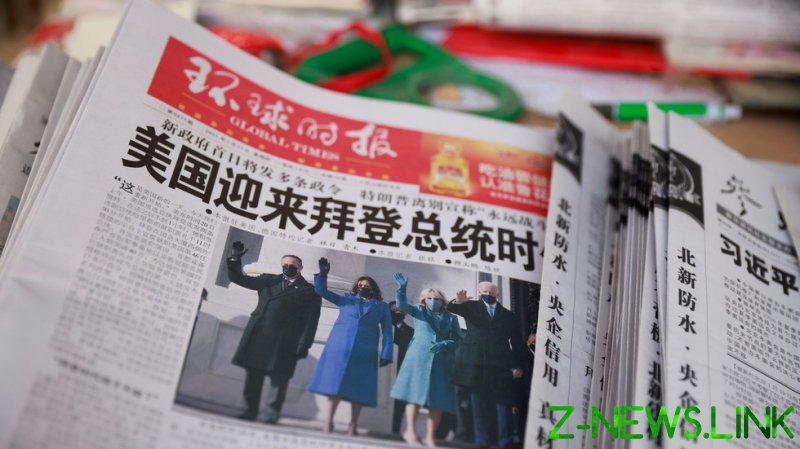 Just hours after Joe Biden had been inaugurated as President of the United States, China announced a sweeping set of sanctions targeting 28 former officials of the Trump administration who had been particularly aggressive in their criticism of Beijing, with the most notable being former Secretary of State Mike Pompeo.

A foreign ministry statement said it had singled out those “who have seriously violated China’s sovereignty and who have been mainly responsible for such US moves on China-related issues.” The sanctions will ban the listed individuals and their families from travelling to China, as well as the special administrative regions of Macau and Hong Kong, and restrict any companies associated with them from doing business with China.

The Biden White House condemned the move, calling it “unproductive and cynical”, and accused Beijing of attempting to play on partisan divides in order to undermine its bipartisan approach to China. However, the claim that this was intended to cause further division in Washington politics is not correct; it’s more that Beijing wants to symbolically ‘disgrace’ the Trump administration and its legacy, set new red lines in bilateral relations and thus act as a deterrent for US politicians who want to take a hard line against it.

For some on the receiving end of sanctions, such as former Trump strategist Steve Bannon and former adviser Peter Navarro, the ban will unquestionably be a ‘badge of honour.’ However, for others, such as former deputy national security adviser Matthew Pottinger, this will hurt.

The Trump administration leaves office having dramatically reshaped US-China relations into a new mode of competition and confrontation. The latter is not likely to be maintained during the Biden presidency, but the general ethos will certainly remain. Beijing will continue to be depicted as a foreign policy priority for Washington, even if the methodology is more amicable.

But this does not mean Xi Jinping will be looking for a kind of ‘soft reset’ in ties. Nobody expects the US and China to become best friends, but then they never were. What the previous administration has done is rewritten history into a misleading narrative that claims past presidents capitulated to everything Beijing wanted, and that there was no strategic competition, as if things like Barack Obama’s pivot to Asia never happened.

Beijing’s priority is to reaffirm an underlying stability and degree of certainty in its relationship with Washington, and to steer it away from the destructive elements of Trump which were most harmful. And these symbolic sanctions are its way of doing that. The move to blacklist so many of an outgoing administration’s staff, as well as a Secretary of State, considered the country’s ‘top diplomat,’ is unprecedented.

In doing this, China is sending out a number of key messages. Firstly, there is the depiction of the Trump administration as abnormal, chaotic and awful. But it is also sending a direct message to the new administration that China is not going to tolerate having its core interests trampled all over in the way Trump did. There are, in fact, consequences for being an extreme anti-China hawk.

And thirdly, the sanctions will make any politician or company who has vested interests in China think twice. Mike Pompeo, despite taking an extreme anti-Beijing position in his final year in office, once had a business interest in China as president of the Kansas firm Sentry International, which partly owned a subsidiary of an oil and gas company majority-owned by a Chinese state-owned firm. If he returns, the company would also be blacklisted.

This creates a deterrent. American corporations who have stakes in the Chinese market will subsequently avoid these individuals, just like the Houston Rockets ran into trouble when its manager endorsed the Hong Kong protests in 2019.

Given this, China’s move is about making a point and drawing a line. For Beijing, the actions of the Trump administration ought not to be a ‘new normal’ but an offensive low which should never be repeated and deserves to be denounced – which is exactly what they are doing.

However, whether this actually influences Biden’s outlook remains to be seen. In only 24 hours the major indication has been that across the board, many of Trump’s policies towards China will in principle remain the same, but eventually take on new forms and be delivered less aggressively. Either way, Beijing has now set a bar, and it’s hoping that, under Biden, things can’t possibly get any worse than what came before him. Time will tell.