Home / WORLD / How can there be a culture war in the UK when the only culture it has to speak of is copied from the US?

How can there be a culture war in the UK when the only culture it has to speak of is copied from the US? 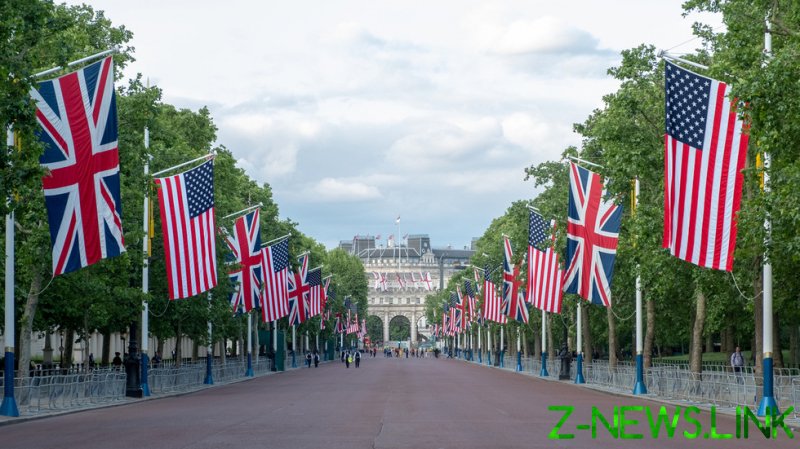 This week Boris Johnson threatened to appoint right-wing journalist Charles Moore as chairman of the BBC, to fight the Tories’ phantom battle against ‘wokeness’ and in defence of Britain’s traditions and history, under the deluded impression that the corporation – rather than Netflix, YouTube, Amazon or Facebook – is still the decisive broadcaster in the UK.

This denialism protects Britain from a sad truth, which is that all the current noise about ‘cancel culture’ and ‘deplatforming’, as well as the continual arguments about race and gender, have never been about any great struggle to subvert or protect the nation’s identity – which has always been wafer-thin at best – but are merely the latest examples of this country’s dreary Stockholm Syndrome mimicry of America.

Every major cultural shift in Britain is only a delayed and much less interesting repetition of something that happens in the US. For instance, it was very apparent to me that the UK’s version of the Black Lives Matter movement gained momentum only after its American forebear was already established as a global news headline, subsiding immediately as it left the front pages. The racial injustices that exist in Britain – and there are many – are of less relevance to activists than emulating what takes place on the other side of the Atlantic. Britain’s inequalities have not disappeared, but protesters take to the streets only once the American signal has been given.

This Stockholm Syndrome response applies at every point along the political spectrum, and the ‘Woke War’ taking place on UK Twitter and in public institutions – passionately contesting such marginal issues as gender pronouns or the removal of statues – is not a battle for the nation’s soul. It’s just a listless attempt by the British to feel still alive and of significance in the world by copying what is essentially a campus sideshow in the US.

America’s culture war is the organic expression of an immigrant society whose young people continually experiment with self-invention. The British version, however, has no role other than to sustain some fantasy of an ‘Anglosphere’ in which the two countries share equivalence: a pantomime that looks ever sadder and more ridiculous as America continues its transformation into a post-Anglo, Asia-focused power.

While cultural conflicts in the US are distant adjuncts to the true issues that preoccupy a great power of technological, military and economic prowess, in Britain, this nonsense is the main event. Would the boring online contretemps between a children’s author and a few vitriolic transgender activists – as has happened with JK Rowling – ever become the leading topic of discussion in the US? Of course not.

With their media, economy and capital city wholly dominated by foreigners, the British are now a colonised people, trudging exhaustedly towards a globalised extinction, boxing with shadows to distract themselves along the way. This is not a great tragedy, but merely the gentle and thankfully bloodless return to historical normality.

Before they fluked their way into an empire – having never fought anything like the wars the Romans, Turks and most others had to wage to gain theirs – the British were nobodies, and that nothingness is the natural state to which they always had to return now that they no longer have millions of colonial subjects to expend as coolies and cannon-fodder on their behalf.

With only their native talents and resources to depend on, a dull but comfortable mediocrity, safely cocooned within the wider Western world, was always the best that was on offer to them – becoming another Belgium, of sorts, but with a less interesting range of beers, albeit a livelier indie-rock scene.

Today’s loud but entirely phony culture war fulfils Britain’s desperate need for excitement, giving the lives of those on the Left and Right a hallucinatory sense of urgency – saving them from the depression, alcoholism and suicide that would otherwise consume many. Both sides pretend to be on the frontline in a struggle for human emancipation and free expression, when, in truth, any outcome will be decided over coffee in a faculty somewhere on America’s East Coast.

Whatever changes Charles Moore might bring to the BBC can only have a fraction of the influence on Britain as the latest Kim Kardashian post on Instagram. The UK’s so-called culture war was lost long before it ever got started.