How a teenage Russian ‘madman’ knocked out a future UFC champion 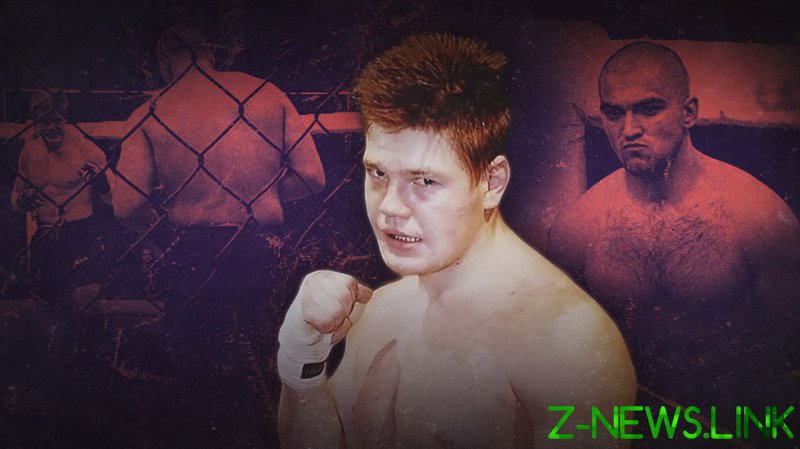 The world of MMA is full of larger-than-life personalities.

One man hailing from Russia has a history as wild as any other and is known as the ‘Red Tarzan’ – Viacheslav Datsik.

To understand what kind of person Viacheslav Datsik is, it’s worth noting one particular fact: this is a person who has spent more than 10 years in prison, serving three sentences in Russia, and one in Norway.

In 2007, the St. Petersburg resident was arrested for a series of robberies of mobile phone shops. But instead of going to prison, Datsik went to a psychiatric hospital. Eventually escaping, he made it all the way to Norway, which he later claimed he had reached by boat (in fact, he went by car from the bordering Murmansk region). Somehow, Datsik acquired a gun in Norway, which led to him being arrested and soon extradited back to Russia.

Datsik has been hit with prison terms for an array of crimes. In 2016, he launched vigilante raids on illegal brothels in St. Petersburg with a group of accomplices, which led to a new criminal case. In February 2019, Datsik was released, but by November 2020 he was already back in custody after helping a random acquaintance illegally move to Estonia on an inflatable boat. Once their oars broke during the trip, the current carried them straight to Estonian border guards.

‘Red Tarzan’ repeatedly displayed neo-Nazi views up until his very last prison release in 2021, which also marked the resumption of his fighting career. And while the level of his opponents has been questionable, he has still racked up five wins in five fights, three of which were in boxing, one in boxing with MMA gloves, and one bare-knuckle fight.

Datsik’s exact pro record is not available, but based on data from Sherdog and Tapology, by 2007 he had appeared in 29 fights in MMA (13 wins, 16 losses) and 11 in professional kickboxing (3-8). Datsik always fought dirty (grabbing his opponent by the genitals, gouging their eyes), grimacing, and generally acting with reckless abandon in the cage. And he almost always lost on any occasion he encountered more serious opponents.

But his first pro MMA fight was one major exception: a fight which would prove to be his crowning glory. On April 9, in 1999, at the age of 18, he knocked out Andrei Arlovski – a man who would sign a UFC contract just a year and a half later, and would go on to become a UFC champion in six years’ time. And just to add to the absurdity of the situation, Datsik found himself in the fight purely by accident – indeed, he should not have fought in that particular tournament at all. 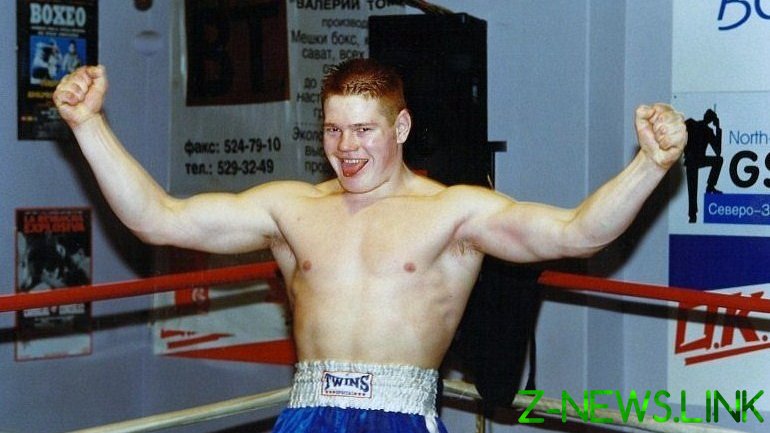 Datsik was known for his wild fighting style. ©  vk.com

In April of 1999, Arlovski was a promising 20-year-old Sambo champion and a student of the Minsk Academy of the Ministry of Internal Affairs, making his debut in professional MMA. He arrived in St. Petersburg for the M-1 1999 World Championship tournament with the status of a future star. Originally Arlovski was set to face an American fighter who had already traveled to St. Petersburg but had to pull out of the fight on the day of the show. With organizers scrambling for a replacement until the very last moment, Datsik appeared on the scene.

“I had a phone call one day,” recalled Nikolay Kudryashov, one of the organizers of the tournament. “Datsik’s coach, Eric Kaybyshev said – ‘I have a brash guy – maybe he’ll work for you.’ So I told him that this guy should come to the Red Devil club. I’ll see how it goes and decide if he fits in. But no one came. And we all forgot about it.

“One day there was an eight-man tournament in an absolute heavyweight. The American guy who was supposed to participate came to Russia, but could not take part in the competition. Fans were already gathering at the arena, but we had only seven fighters. We are standing by the cage with Slava Kiselev (a former fighter, now a referee), And I persuaded him to go out against Arlovski. Because we had no one to put up against him. Arlovski had just won a Sambo championship, and was a serious dude who weighed 115 kilograms. Kiselev refused to go out, saying that he had no preparation. ‘How about you?’ he asks me. I already started asking where I can get shorts… And then the head of security comes up to me and says: ‘They want to beat up the guy at the entrance. He’s acting crazy. But he says that he knows you. Maybe you can come and see who it is.’

“I went out and Slava Datsik was standing there. He says: ‘Eric sent me to the fights. Here I am.’ ‘You should have come two weeks ago!’, I answered. ‘I thought that I should come to fight right away. Why would I come before?’ he says. ‘Did you have any fights?’ – I asked. He replied that he had fought here and there. ‘Do you want to fight tonight?’ ‘Of course I do, let’s do it.’ ‘All right, go get changed.’ And the rest is history.” 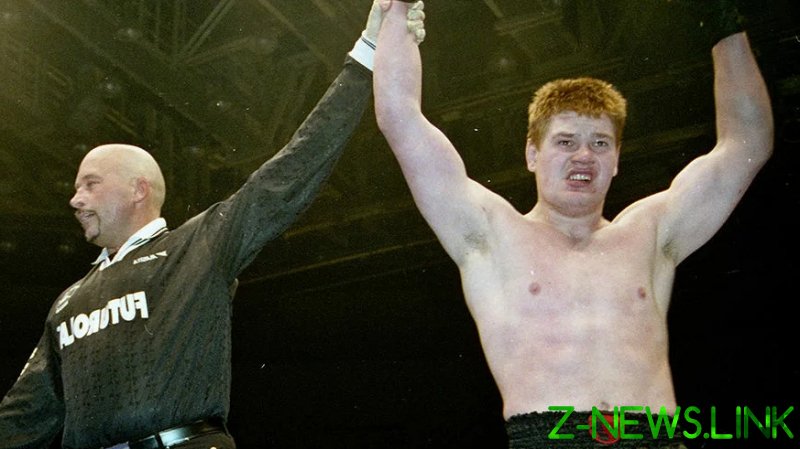 Fate handed Datsik a shot at an unlikely victory. ©  vk.com

And here is Datsik’s version: “I shouldn’t have participated in this fight at all. I just went to watch the tournament. (Nikolai) Kudryashov was supposed to let me in through the service entrance, but I stumbled through the main one. The guards got to me. Back then when I was young and totally crazy. So, I had a beef with the security. I wanted to knock them all out. They started yelling at me. Nikolai stepped up. He says: ‘So you’re a tough fighter?’ I answer: ‘Yeah, something like that.’ ‘Would you have balls to fight in the ring against Arlovski?’ Nothing could scare me back then. I didn’t even know who Arlovski was. But I didn’t care in general. Someone refused to fight him, and I came in as a substitute. Right off the street. Just because the guards wouldn’t let me in.”

As soon as the bell rang, Datsik charged at his opponent but Arlovski was able to dodge it. Datsik jumped on him, putting his foot forward and knocked him down, fell down himself, then got up to end up in a guillotine choke. Arlovski was trying to choke Datsik out for about a minute and a half, standing by the cage. It didn’t work – Datsik freed himself, after which a stand-up fight began again. It seemed that the fighters were representing totally different levels. Arlovski was acting prudently, hitting accurately, while Datsik was making grimaces, throwing sweeping blows – and almost always missing.

“That’s all, I thought I’d got it,” Arlovski recalled in an interview with Alexander Lyutikov. “I didn’t tense up at all, I was relaxed. I was beating him, choking him. I remember he was all bruised.”

Then Arlovski took Datsik down and tried to secure a leg lock. It didn’t work, and so he continued to beat up Red Tarzan on the feet. Then Arlovski again decided to go for a guillotine. And that’s when he made a mistake: firstly, he exerted a lot of strength, and secondly, Datsik managed to carry out a counterattack and took him down. After some short groundwork, the referee raised the fighters up, which was a common sight in MMA at the time. Both looked tired, but Arlovski could not gather his strength to launch another attack, while Datsik did.

First, Datsik delivered his signature move – a somersault kick, hitting Arlovski in the face. Then Datsik threw a jab, and just a few seconds later he landed a crushing right hook to knock Arlovski out cold. The fight lasted for 6 minutes and 5 seconds (back then the first round was 10 minutes long in M-1).

Coming out of the cage, Datsik gave a short but fiery interview. To the reporter’s remark that Arlovski was still lying in the cage, he replied “And he will lie!” After the following question about his next opponent, he just gave a menacing growl. 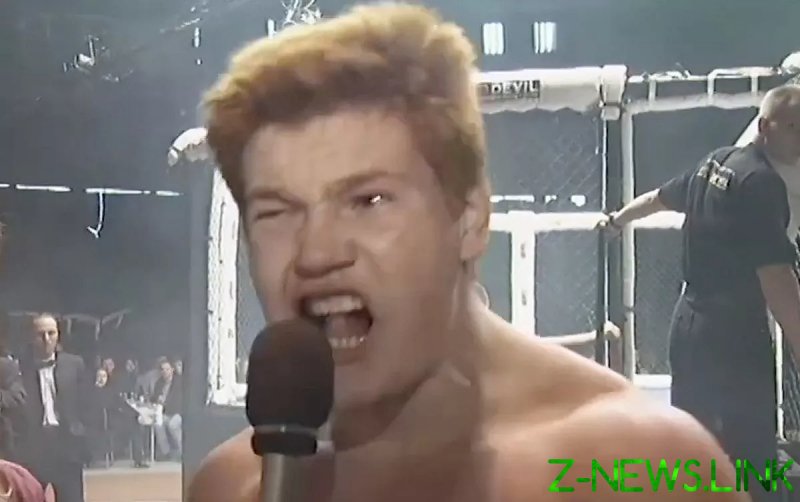 “Yes, it was my very first fight in general – so, it’s all good,” Datsik said in an interview with Sport-Express in 2021. “I had zero preparation. But the street brawl style is invincible. Street experience turned out to work better than the Sambo skills. But all of my fights are extraordinary.”

On the same day, in the semi-finals of the tournament, Datsik fought the experienced Martin Malkhasyan. The fight lasted less than a minute – Malkhasyan choked Red Tarzan unconscious (he did not give up). According to Kudryashov, Datsik then seriously thought that he was able to withstand pressure on his neck for a minute. “Datsik said: ‘Thai boxers don’t tap out,’ he recalled. Then Slava came to a training session at the Red Devil club and said: ‘It’s strange that Martin choked me out so quickly. I can usually go without air for a minute.’ I told him: ‘The air has nothing to do with it. The blood supply to the brain is blocked, and it’s because of this, the person blacks out.’ He went: ‘No, this is nonsense, I can hold out for a minute, come on, do it – I can hold out for a minute.’ So I get the choke, one-two-three-four, and Slava is unconscious. He wakes up and says: ‘That’s nonsense! How is that possible?’”

What are they up to now?

Thanks to his remarkable knockout, the fact that he didn’t tap out in the fight with Malkhasyan, and his outlandish behavior, Datsik had become a iconic figure in St. Petersburg within the space of a single evening. He started performing regularly at all sorts of tournaments – under an MMA ruleset, kickboxing, wushu-sanda and hand-to-hand combat. Once he even showed up for a sumo tournament. Then there were trips to prisons and the restart of his sports career.

The last time Red Tarzan was released on parole, and he’s currently on probation and trying to lead a life as a law-abiding citizen. At the end of 2019, shortly before sailing to the shores of Estonia, Datsik got married, and six months ago he had a daughter. Datsik still trains regularly – and seems to be in good physical and mental shape.

Arlovski, a year later, in April 2000, returned to St. Petersburg and confidently won the M-1 MFC – European Championship 2000 tournament. By November 2000, he had already made his debut in the UFC – in which he was victorious. Now 43 years old, Arlovski is still fighting in the UFC and is appearing in the co-main event of the promotion’s Las Vegas show on May 30. He has won five of his last six fights. In total, Arlovski has amassed 37 bouts with MMA’s elite promotion – the second highest number in the history of the UFC (Jim Miller’s record is 39 fights). For part of his career from March 2008 to June 2014, the Belarus native fought outside the UFC, performing in Affliction, Strikeforce, WSOF and Fight Nights Global. A true legend. 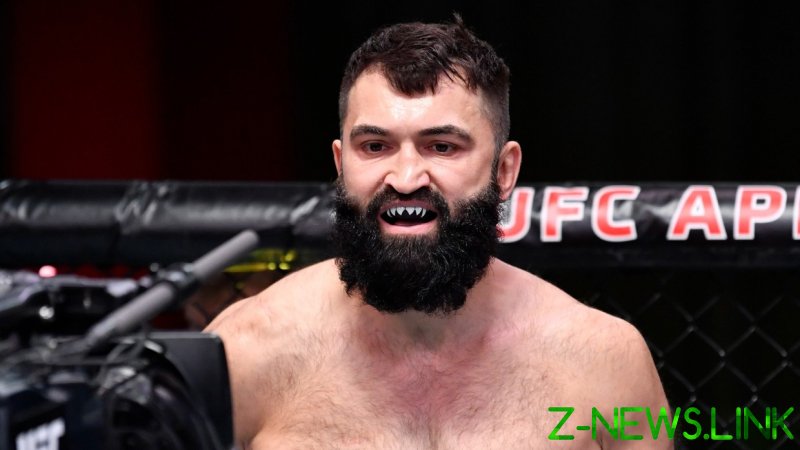 It would probably seem fitting if Arlovski and Datsik bid farewell to martial arts by fighting against each other again (at least under boxing rules), although that seems unlikely to ever happen. But as we see so often, nothing can be ruled out in the crazy world of martial arts.