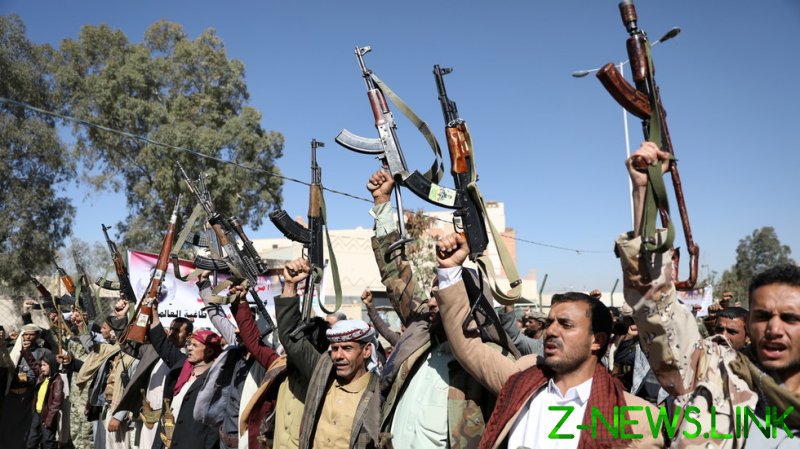 A spokesman for the Iran-aligned Yemini group said that two drones launched on Sunday by its forces had hit Saudi Arabia’s Abha airport. The Saudi-led coalition claims that both projectiles were intercepted as they were heading towards civilian areas near Abha.

The airport has been repeatedly targeted by Houthi drones over the past several days. On Saturday, the Houthis announced that they had carried out a strike against the air hub with “high accuracy.” The Saudis disputed the claim, saying that they had destroyed the drone before it reached its target. Earlier, on Wednesday, Riyadh said that a Houthi air attack had caused a civilian aircraft at Abha to catch fire.

The Houthis have insisted that the attacks are a legitimate form of retaliation, noting that the airfield has been used by the Saudi coalition to carry out its bombing campaign inside Yemen.

The recent strikes have coincided with US Secretary of State Antony Blinken’s Friday announcement that he will reverse the former Trump administration’s terrorist designation of the Houthis. The change is slated to take effect on February 16. The last-minute move by the Trump administration to label the Houthis as a terrorist outfit was widely criticized, with many arguing that the designation would hamper humanitarian efforts in war-torn Yemen.

However, Blinken said that senior members of the organization could still face targeted sanctions.

Saudi Arabia responded to the policy shift by stating that it would still view the Houthis as a terrorist organization and would use military force to counter it.

The Houthi movement began in northern Yemen in the 1990s in opposition to alleged American and Israeli influence in the region. The Islamic political group led protests in late 2014 that provided a route to the eventual overthrow of the government. In March 2015, a Saudi-led coalition invaded Yemen in an attempt to push the Houthis out and reinstall the pro-Saudi president Abdrabbuh Mansur Hadi.

President Joe Biden announced earlier this month that the US military would stop supporting the Saudi-led campaign in Yemen, but stressed that American forces would continue to help Riyadh defend its “sovereignty.”