House to vote on 9/11-style probe into Capitol riots, but top Republicans oppose 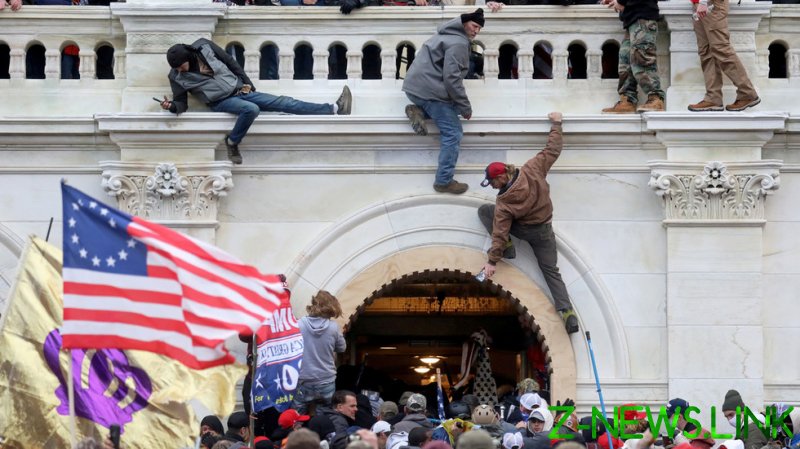 Hoyer told reporters on Tuesday the legislation would be introduced the following day. The legislation, drafted by Homeland Security Committee Chair Bennie Thompson (D-Mississippi) and Ranking Member John Katko, an anti-Trump Republican from New York, would form an “independent commission to investigate the January 6 domestic terrorism attack on the United States Capitol and recommend changes to further protect the Capitol, citadel of our democracy.”

Though Thompson and Katko’s bill refers to the riot as “domestic terrorism,” many on the right beg to differ. They note that groups of rioters were allowed into the Capitol by security, and many simply loitered in the building, snapped selfies, and left. Five deaths have been connected to the riot, but only one, the shooting dead of an unarmed Trump supporter by a police officer, has been proven to be directly inflicted by another person.

GOP Congressman Andrew Clyde (Georgia) told a hearing last week that calling the riot an “insurrection” is “a bald-faced lie,” and described the participants not as terrorists, but as “an undisciplined mob … some who committed acts of vandalism.” Others have downplayed the events even further, with several House Republicans calling the rioting the “normal” actions of “proud patriotic citizens.”

House Minority Leader Kevin McCarthy (R-California) announced on Tuesday that he would oppose Thompson and Katko’s bill. Citing ongoing investigations and the fact that nearly 500 rioters have already been arrested and charged, McCarthy castigated the Democrats and the so-called ‘Never Trump’ Republicans for demanding another probe into January 6 while ignoring the “political violence” that has played out on American streets since last summer.

“The renewed focus by Democrats to now stand up an additional commission ignores the political violence that has struck American cities, a Republican congressional baseball practice, and, most recently, the deadly attack on Capitol Police on April 2, 2021,” McCarthy said, referring to the left-wing riots that followed George Floyd’s death last summer, a shooting attack at a GOP baseball game in 2017, and a vehicle-ramming attack near the Capitol last month.

“The presence of this political violence in American society cannot be tolerated and it cannot be overlooked,” he added, concluding, “Given the now duplicative and potentially counterproductive nature of this effort, and given the speaker’s shortsighted scope, that does not examine interrelated forms of political violence in America, I cannot support this legislation.”

The commission that the bill seeks to establish would consist of 10 members drawn from both parties, and commissioners with “significant expertise in the areas of law enforcement, civil rights, civil liberties, privacy, intelligence, and cybersecurity.” Like the 9/11 commission, it would have subpoena power.

Were it to be created, McCarthy himself would likely be subpoenaed. McCarthy was in contact with Trump throughout January 6, and reportedly pleaded with the then-president to make a video address urging his supporters to leave the Capitol. Anti-Trump Congresswoman Liz Cheney (R-Wyoming) has suggested McCarthy and Trump colluded by phone to set their story about the day’s events straight.

Meanwhile, the pro-Trump wing of the Republican Party looks set to be its dominant force from here on out. Cheney was recently ousted from her leadership position in the party and replaced with the Trump-endorsed Elise Stefanik (R-New York). McCarthy was instrumental in removing Cheney.

Trump himself is reportedly gearing up to resume his trademark rallies in June or July, and has grown more vocal since leaving Washington in January, firing off daily invectives against Democrats, disloyal Republicans, Big Tech, and the mainstream media. He remains Republican voters’ top choice of 2024 candidate, should he run for the presidency again.