House Republicans unveil plan to tackle Big Tech censorship, but no legislation yet 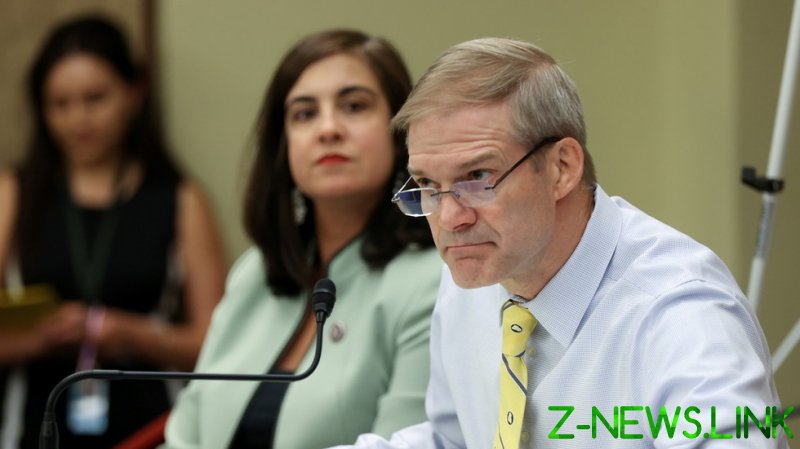 Six bills passed the House Judiciary Committee last month with bipartisan support and, if made law, they would restrict acquisitions by tech companies, block platforms from selling on their own marketplaces and giving preference to their own products and services, and empower state attorneys general to launch antitrust litigation against these firms.

Yet for some Republicans, they left a key issue unaddressed: censorship. Among those Republicans is Ohio Senator Jim Jordan, ranking member of the Judiciary Committee. Jordan and his Republican allies on the committee unveiled their own legislative agenda against Big Tech on Wednesday, which opens with a refrain often uttered by the right: “big tech is out to get conservatives.”

Like the bills passed last month, the document promises legislative action to speed up the antitrust process and beef up the powers of attorneys general. However, it also promises to create a legal mechanism for Americans to challenge the tech companies in court for alleged censorship, to roll back these firms’ liability protections under Section 230 of the Communications Decency Act, and to force them to make their content moderation decisions public. Failure to publish this information “would result in a massive fine,” the document reads.

“Big Tech has targeted conservatives for far too long. House Judiciary Republicans have had enough,” Jordan told the Washington Examiner. “We believe that this agenda will serve as the Republican platform to take on Big Tech going forward and unite our party to reject Big Tech’s ‘cancel culture’ practices.”

Yet transforming these talking points into legislative action will be an uphill battle. Jordan and his backers have the support of House Minority Leader Kevin McCarthy (R-California), but whatever legislation they draft will need to win over Democrats on the committee, who outnumber them by six, and will then face stiff opposition in the Democrat-controlled House, not to mention an evenly-split Senate.

Democrats, and even some Republicans who backed last month’s bills, will have a readily-available defense against Jordan and his culture-warrior allies. Breaking up Big Tech with the straightforward antitrust legislation already passed by the Judiciary Committee, Democrat Rep. David Cicilline (Rhode Island) told the Washington Examiner back in April, would “bring more competition and make [censorship] less likely.”

Meanwhile on Wednesday, former President Donald Trump announced that he is leading a class-action lawsuit against Facebook, Twitter and Google. “We’re demanding an end to the shadowbanning, a stop to the silencing, and a stop to the blacklisting, banishing and canceling that you know so well,” Trump said at a press conference in New Jersey.