House impeachment resolution to accuse Trump of ‘incitement of insurrection’ 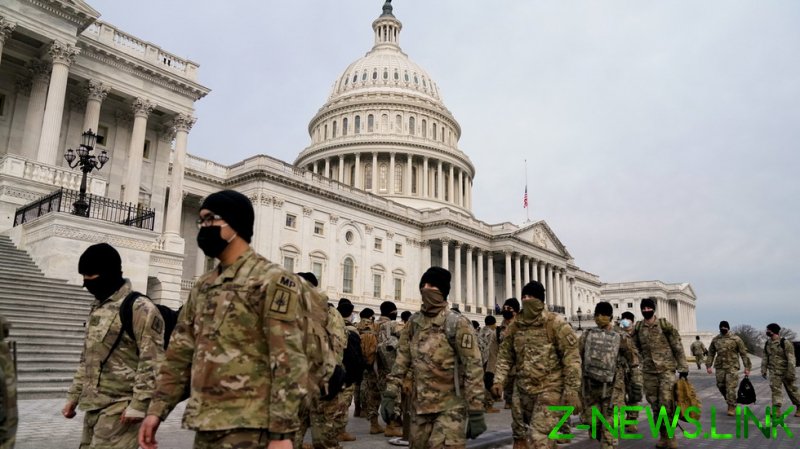 Published by CNN hours ahead of the article’s scheduled unveiling on Monday, the charges accuse Trump of violating his “constitutional oath faithfully to execute the office of President of the United States” by allegedly “inciting violence against the Government” last Wednesday.

The document excoriates Trump for “reiterat[ing] false claims that ‘we won this election, and we won it by a landslide,’” and accuses him of “willfully [making] statements that, in context, encouraged – and foreseeably resulted in – lawless action at the Capitol.” As for which statements actually incited the violence, the charges are vague,  mentioning only one line: “If you don’t fight like hell, you’re not going to have a country anymore.”

The House is planning to introduce a resolution to remove Trump using the 25th Amendment later on Monday, according to Speaker Nancy Pelosi. Should that move to declare Trump unfit and remove him from office not receive unanimous consent – a very likely outcome – it would be taken up on the House floor, at which point Pelosi would call for Vice President Mike Pence to respond “within 24 hours.”

Should that fail as well, Pelosi said in a statement on Sunday, impeachment legislation will be deployed once again. Trump was impeached in December 2019 for alleged abuse of power and obstruction of Congress related to his conversation with Ukrainian President Volodymyr Zelensky. However, the Senate did not vote to convict him.

Given that Trump is due to leave the White House later this month, some have questioned whether another impeachment is overkill. However, some lawmakers are using last week’s events – which saw a horde of Trump supporters throng Washington DC and barge into the Capitol while Congress was overseeing the counting of Electoral College votes – as the argument that official reprimand isn’t enough. Five people died as a result of the “storming” of the Capitol, which Trump later denounced.

Trump’s personal Twitter feed became another casualty of the chaotic events, with the Silicon Valley giant claiming the “interpretation” of the president’s posts could cause further violence. Twitter’s perma-ban of Trump and the purge of Trump-related conservative accounts that followed were accompanied by the removal of the president from Facebook, Snapchat, Twitch and other liberal-leaning tech platforms.