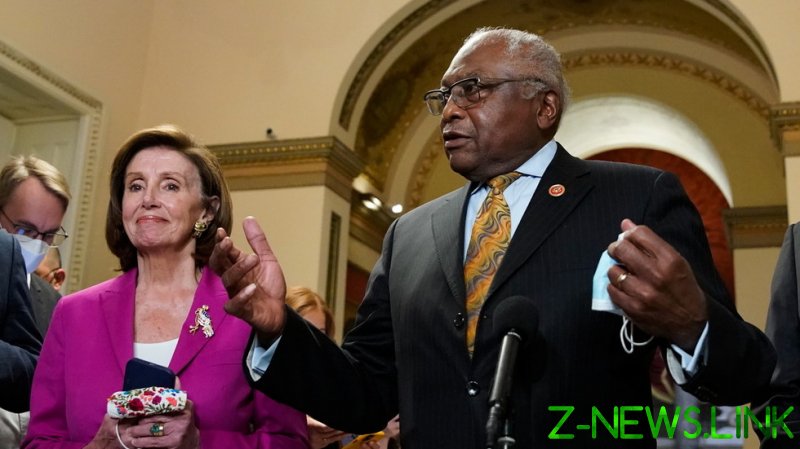 Biden was reportedly actively involved in drumming up votes for the bill. The president canceled his planned trip to Delaware to stay in Washington and personally phoned into the Congressional Progressive Caucus (CPC) meeting on Friday evening, asking its members to support the infrastructure package.

Several hours before the vote took place, CNN’s chief congressional correspondent Manu Raju reported that some 20 progressives were still against the bill. The group, led by Rep. Pramila Jayapal (D-Washington), previously said that they could not support the bill without addressing their education, healthcare and climate change proposals as well. Later in the night Jayapal, however, voted “yes” on the infrastructure bill. “Tonight we have an agreement that will get both bills done,” she said before the vote, referring to Biden’s assurances that “his Build Back Better” spending package would be passed within the next few weeks.

In the run-up to the vote, Biden issued a statement, saying that he was “confident that during the week of November 15, the House will pass the Build Back Better Act,” while calling on the lawmakers to close ranks and support the bill.

While Democrats were able to secure GOP support for the infrastructure bill, Republicans remain opposed to the “Build Back Better” plan, which would have to pass with Democrat votes only.

The roughly $1 trillion infrastructure bill was negotiated in June by a coalition of Democrats and Republicans in the Senate, but Biden immediately said he would only sign it if the Democrat-only BBB arrived at his desk. This set up a clash between the Democrats’ moderate and progressive factions, while Republicans became reluctant to back any of Biden’s proposals.

While Biden has remained publicly committed to the BBB, it has already had to be scaled back from a $3.5 trillion expansion of social services to about half that, and it is still being worked out in the House. The Democrats hope to pass it in the Senate through a procedure known as reconciliation, which would require no Republican votes.